You are here: Home / How to Travel Alone / Vancouver, SF and LA by Train – what I spent in eleven days. 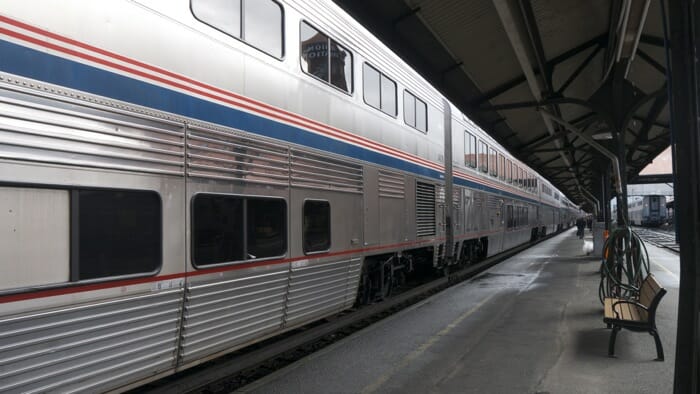 The Coast Starlight, one of Amtrak's special routes – $159.

There's nothing wrong with cobbling a trip together.

I do it all the time. I plan around what I want to do and what I can afford. Just because a place or thing to do is not high on my list does not mean that it won't turn out to be great. In my experience, it often does.

So my trip from Vancouver to LA with a major stop in San Francisco was cobbled together.

It came about because I wanted to go to a conference in San Francisco. Ah, if I'm going to be on the west coast, why not stop in to see relatives in Vancouver. Hmm. How to cover the distance between the cities? Well I love the train. Oh yes, there's a major train route I haven't yet taken… You know how a trip can grow.

Cobbled made the trip multi-faceted.

The result, at times it was expensive and other times less so. I'll give the details and then the total cost at the end. 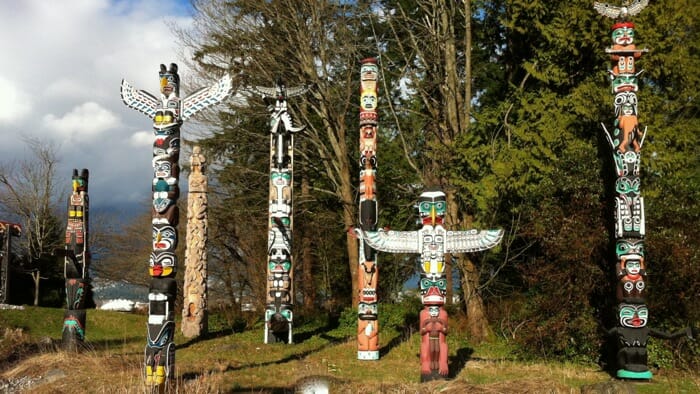 I started out in Vancouver. A walk around the seawall in Stanley Park and view of these Totem Poles – free and priceless.

Transportation and accommodation are always the most expensive aspects of any trip. Here's how I worked it: 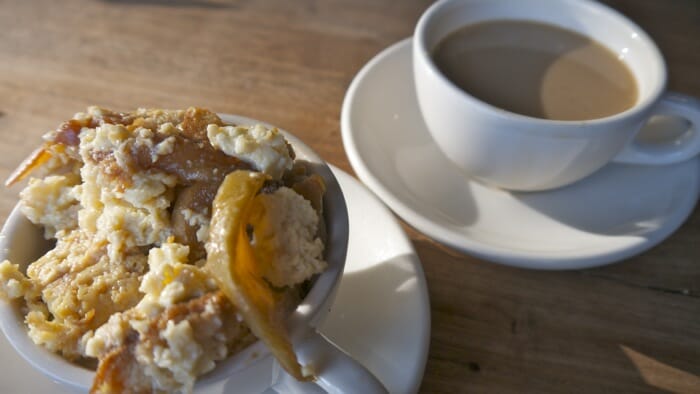 Coffee and bread pudding at Tartine in San Francisco. I know, it's an unhealthy meal but it was late in the day and I couldn't resist so it was my dinner. – $10.88

Trains, planes and food trucks – the cost of eating when traveling

There were a couple of good restaurants, some food trucks, airplane/train food (the food on the train was quite good – on the place, not so much) and grocery store purchases. I have no standard go-to solution when it comes to eating. Not to get into too much detail, here's how I spent on food. 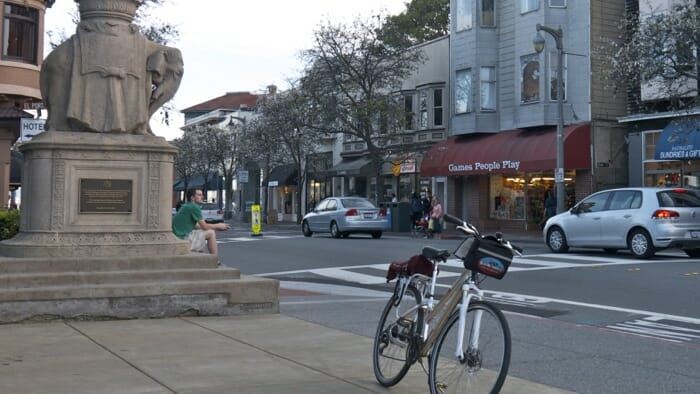 I rented a bike in San Francisco. What was I thinking??? Ah, it was good as long as I didn't go too deep into the city.

Getting around – the cost of transit and taxis in Vancouver, San Francisco and Los Angeles.

LA is the main reason that I separate this out from other expenses but there are getting-around expenses in every city. The main challenge is getting to and from airports inexpensively. 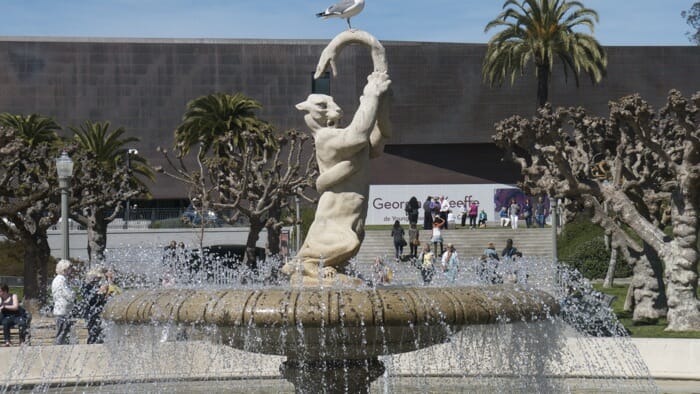 The fountain in front of the de Young Fine Arts Museum in San Francisco.

The Price of Entertainment

There are trips where going out in the evening is great and trips when it is really not important at all. This trip was the latter. I spent Vancouver enjoying family. Half my days in San Francisco were at the conference and half were spent enjoying the city.  My one day in Marina del Rey (Venice Beach) I spent at the beach people watching. So I didn't spend much on entertainment.

The Coast Starlight train runs along the beach for almost an hour as it approaches LA. This is the sun setting over the Pacific Ocean.

It should be noted that my conference pass, which included lunches, was $350.