You are here: Home / Solo travel stories / An Education in the Vineyard 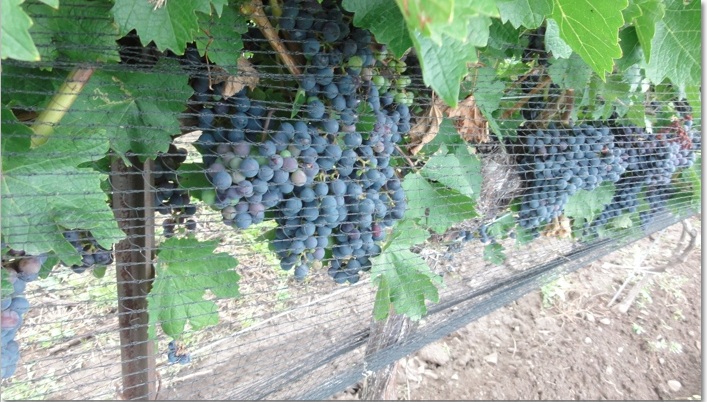 Grapes on vine protected by netting at Greenlane Estate Winery.

I have been to many vineyards in many countries on many continents but my trip to a couple of vineyards near Niagara-on-the-Lake proved that there is always more to learn. At Greenlane Estates Winery and Southbrook Vineyards, I did more than taste wonderful wine. I had tours that revealed some of the behind the scenes issues of running organic wineries.

This day trip was not solo. I was hosting solo traveler and fellow blogger Jeff, of Career Break Secrets. I organized our time in the Niagara region to include wine tours and a matinee performance at the Shaw Festival where we saw My Fair Lady. It was great!

Transitioning from Traditional to Organic

When we arrived at Greenlane Estate Winery, we were met by Gavin, the assistant winemaker. He is from the area and educated at Niagara College which, not surprisingly, has programs in winery, viticulture and wine business management. He has worked in Australian wineries but returned to his home county of Niagara to make wine here.

Gavin explained that Cabernet Sauvignon and Riesling are the primary wines produced at Greenlane. We tasted the wines and they were really very good but what I found most fascinating there was the issue of transitioning from tradition farming techniques to organic and possibly biodynamic methods. This can't be done overnight. The vines have been protected with chemicals for years and so can't protect themselves against disease and insects. Becoming an organic vineyard will take a few years so that the vines are not lost in the process.

Beyond Organic to Biodynamic 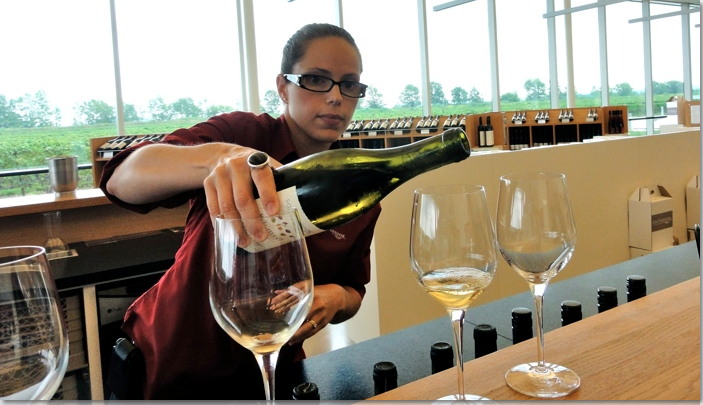 Next on our tour was Southbrook Vineyards which was purchased by it's current owners, the Redelmeiers, in 2005. By 2008, they had created the first wine estate in Canada to earn both organic and biodynamic certification for its vineyard and winery.

Biodynamics is based on a series of eight lectures delivered by philosopher Rudolf Steiner in 1924 called “The Agricultural Course”. At Southbrook, the principles are applied in many ways including allowing weeds to grow naturally and animals to graze on the 250 acres that the estate comprises, having a wetland treatment system, sustainable construction methods and windmills that are turned on at night to help manage the temperature of the land in the colder months.

The biodynamic grape-growing process gives balance to the wine that allows Southbrook to minimize their manipulation of it and lowering the need for sulfates. Many of their wines have won awards on the Canadian and international stages.

Later in the day, after lunch at Southbrook, the play at the Shaw Festival and dinner at The Old Winery, we went to Pillitteri Estates Winery for a tasting of Ice Wine, a Canadian specialty. I'll let Jeff tell you about those experiences in his post: A Day of Food, Culture and Ice Wine in Canada's Wine Country. 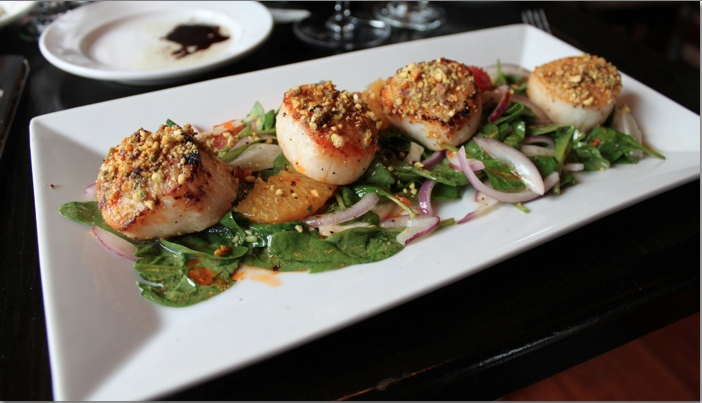 A very fine meal of sea scallops at The Old Winery after the show. The prices were excellent for the quality of food.

This trip was made possible by Tourism. Niagara. My thanks to them.