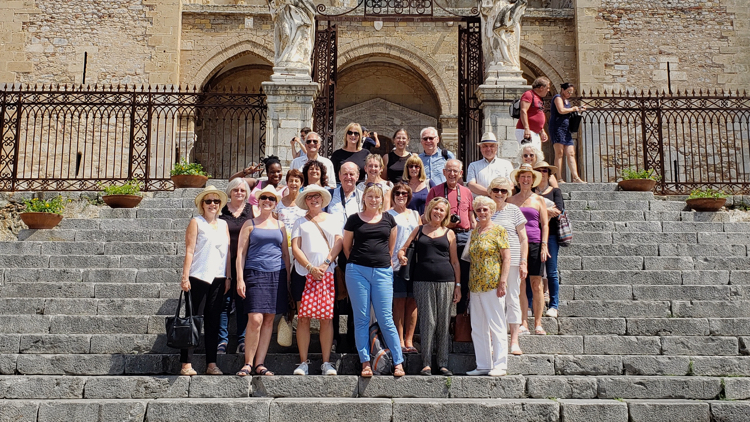 A tour just for solo travelers!

I went to Sicily as a guest of Just You, a company that has a long history in the UK but is relatively new to the Canadian market.

Their concept is simple and timely. They offer tours designed for solo travelers. Not everyone on the tour is single but all are traveling solo. Everyone pays the same price and everyone gets her or his own room. The trips have a tour manager and guide. They include rich itineraries, local guides in addition to the tour manager, and lots of free time. 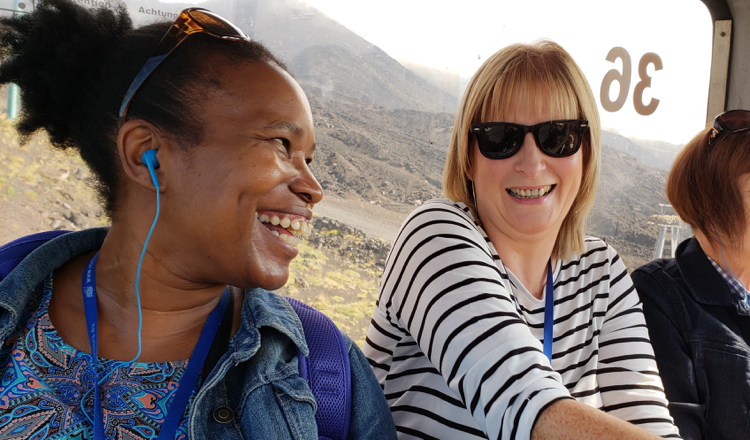 Jackie and Kathy on the gondola going up Mount Etna on our first full day together. There's nothing like a teeny bit of anxiety to bring a group together.

Unbeknownst to me, our entire group was on the same flight into Sicily: the woman sitting beside me and the man beside her, the three women behind us, and more in front. There were 25 in all and all were to be my travel companions on this solos-only tour.

We were greeted at the airport by Ertan, our tour manager, and while the group slowly came together at arrivals, some people's bags taking longer to arrive than others, I began to gather names and, more difficult for me, putting faces to them. I'm the opposite of most people.

We took a coach from the airport to the first of two resorts at which we would stay over the week. This was an attractive feature of the trip for me. I'd rather not move every other day on a tour. We arrived at our resort, had a bit of dinner at our communal tables, and started to get to know each other.

Over the next few days I asked, when the opportunity arose, a question that I often ask when traveling with new people: What's your story?

This typically catches people off guard but once they see that I'm really interested it's amazing the stories they tell. Their answers reveal what they consider to be important, significant turning points in their lives, and their accomplishments. If they don't know how to answer, I dig a little. I ask for the major influences in their lives. If they're a lawyer or teacher or doctor, I ask how and when they knew that that is what they wanted to do. I may ask what they do that they find most rewarding. It truly only takes seconds before someone catches on and shares.

But this question doesn't bring a group together. It's just my way to connect. Overall, the group came together over drinks before dinner, eating at communal tables that never had the same combination of people twice, and on our day trips learning and exploring together. 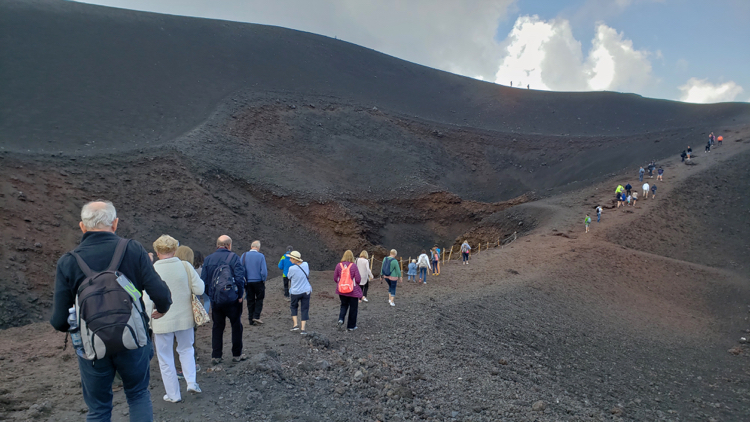 Walking a rim of the 2003 eruption site at Mount Etna. 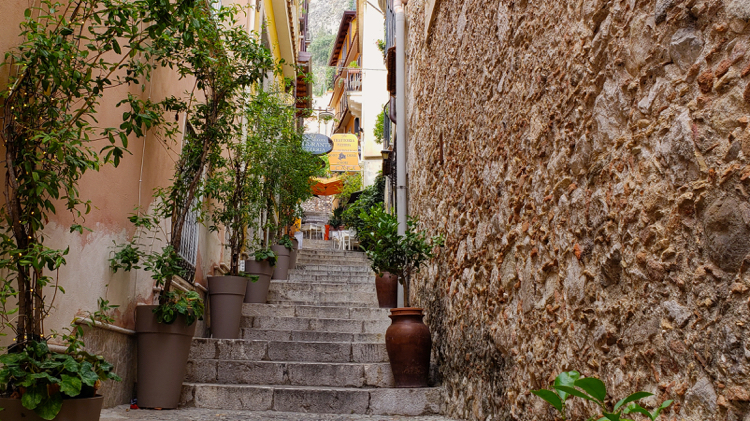 Poking around Taormina on a free afternoon after going up Mount Etna. The piazzas and main street full of people and shops were great but I also enjoyed getting lost on the side streets. 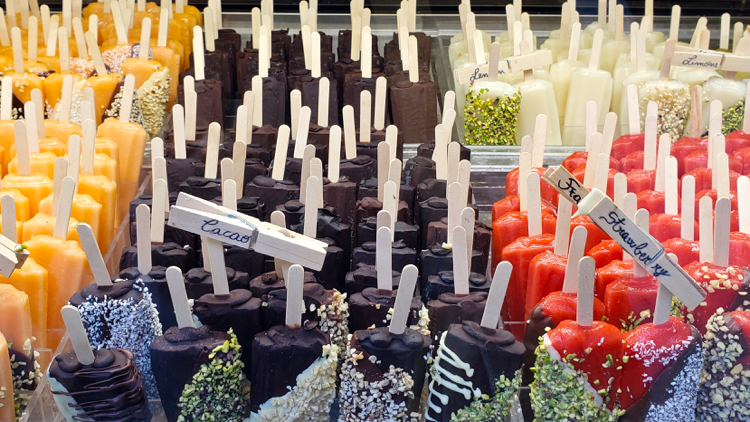 Sorbet on a stick dipped in chocolate and pistachios. I had lemon. The most delicious, refreshing taste ever! 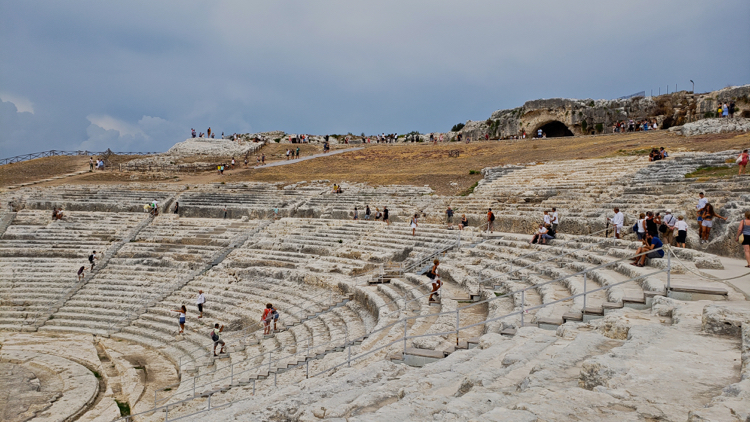 The Greek theatre at Neapolis Archeological Park in Syracuse. 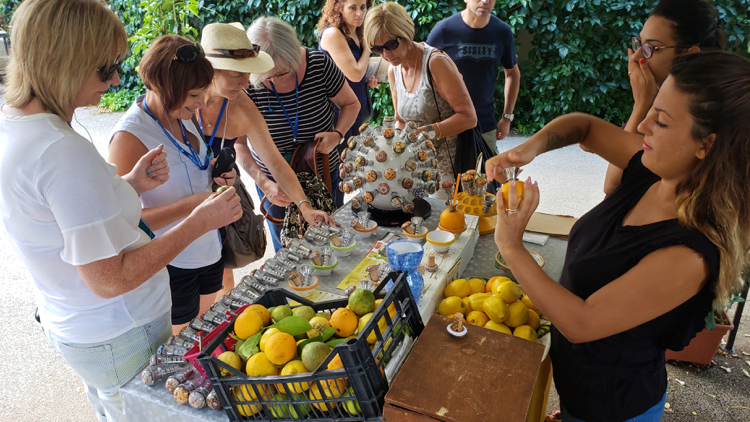 Souvenir shopping. I actually bought one of these lemon juicers.

Educational, Yes. But Free Time and Fun Too!

Every morning we were up early, had breakfast, and set out to see something old and interesting.

The history of Sicily goes well beyond the Greeks, of course. But our introduction to Sicily's history began with Greek ruins in Syracuse (Siracusa), the birthplace of Archimedes, and a city that rivalled Athens in terms of power and prestige. I have determined that the Cathedral of Syracuse is my favorite European church. It will be the centerpiece of another post on Sicily soon.

We spent one day at Etna, and another in Syracuse focusing on Greek history. We visited the Villa Romana del Casale, a Roman palace, en route to a sea-front resort, then spent a day at the Valley of the Temples, Monreale and Palermo, and went shopping in Cefalù. The itinerary was full but there was always space for free time. Whether it was a wander through town or a stop for lunch, the itinerary was rich but not rushed. 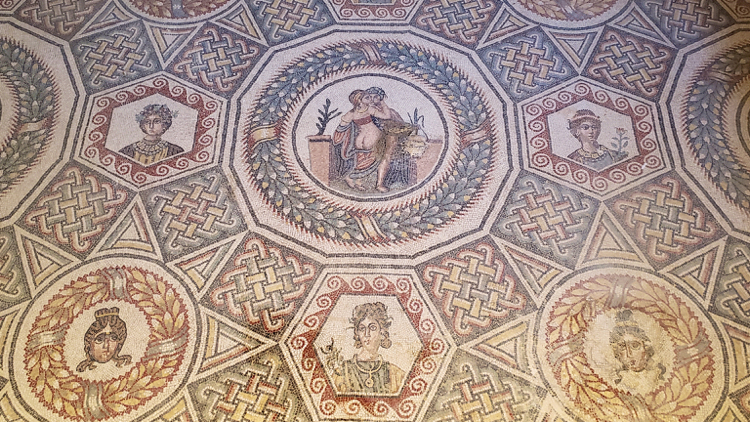 The mosaics at Villa Romana del Casale were incredible. They are so well preserved after almost two thousand years. 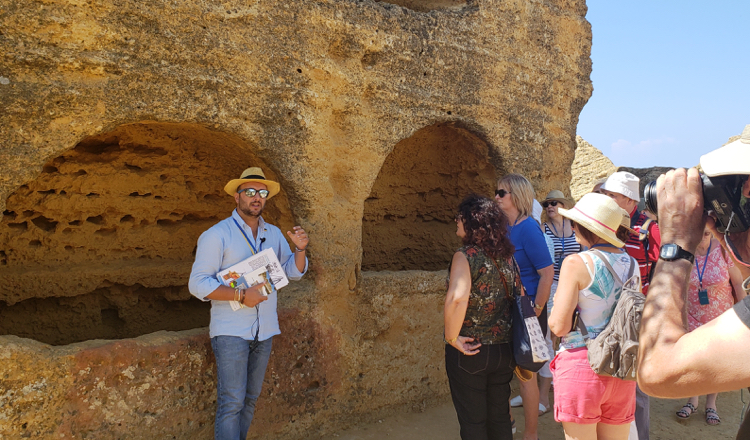 Our local guide at the Valley of the Temples in Agrigenta. 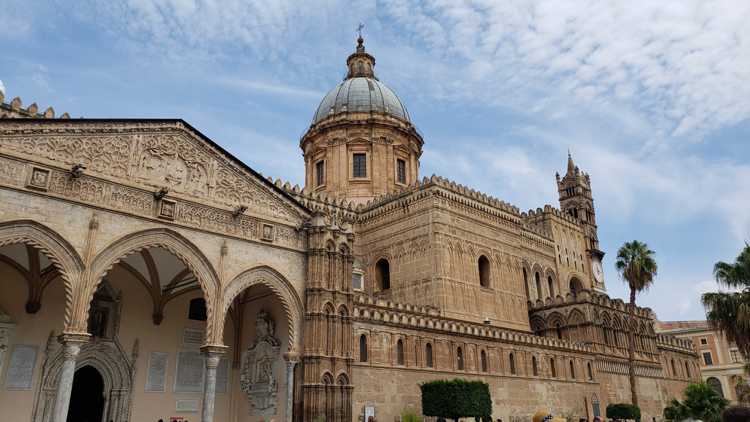 The Cathedral of Palermo 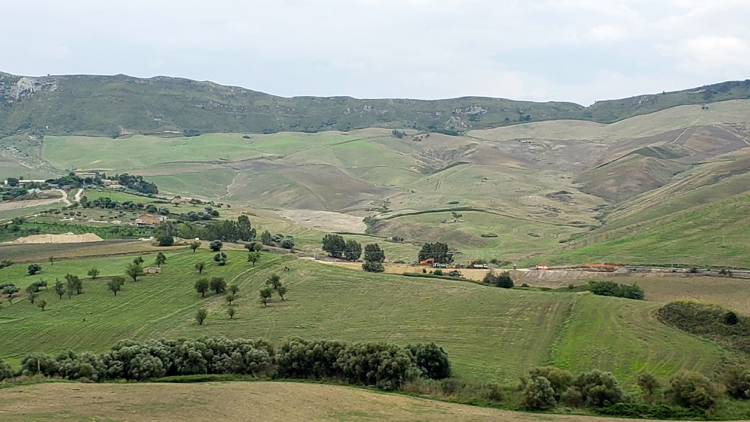 The Sicilian countryside from the bus. 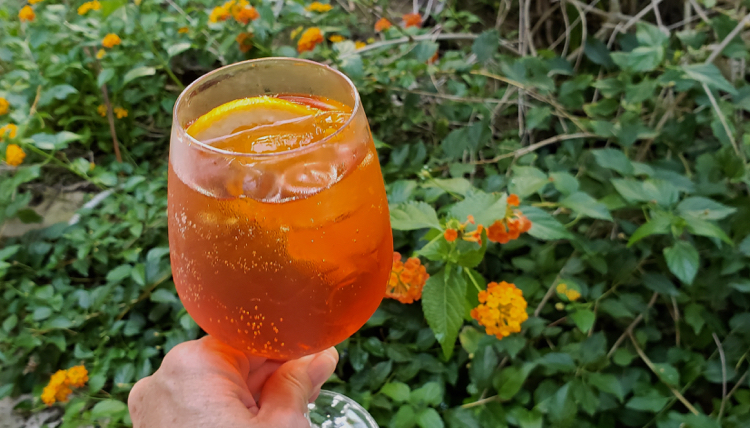 An Aperol Spritz is a refreshing end to a day of travel.

As we traveled to see the sites of Sicily, there was bus time which I spent watching the landscape go by and listening to podcasts. My favorite podcast is Malcolm Gladwell's Revisionist History. One episode had a side note about how our lives are largely determined by the lives of others.

Living your own life may sound easy but it's not. We are all connected to others and sometimes that means responsibilities can overtake who we are.

There are many reasons that people travel solo. Some on this trip were there for respite from responsibilities that they took very seriously. People arrived with different identities, from caregiver to employee. But they soon shed some of this to be more of themselves.

Traveling on a solos-only tour to Sicily with Just You was an opportunity to hand over all responsibilities to Ertan and the Just You team, leave behind personal commitments, mingle with new people, possibly make new friends, and definitely be free to be ourselves.