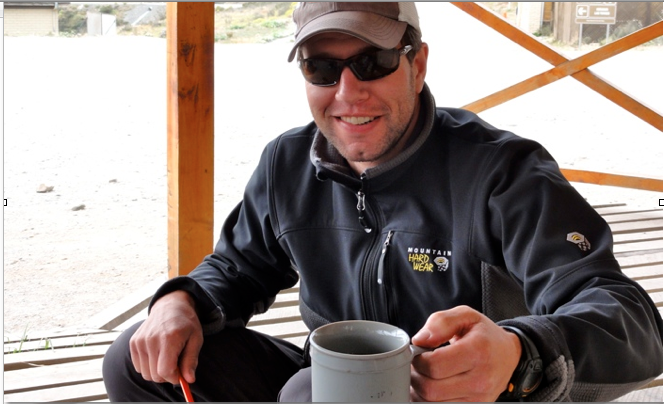 The gift of a cup of coffee is the just the beginning of what I've received from travel.

It was 1978, maybe 1979, and I was on a cycling trip in Prince Edward Island. We left Summerside in the morning and crossed the hilly interior of the island looking forward to the coastal run into the port of Souris where we would camp the night before catching the ferry to the Magdalen Islands in the morning. What we hadn't anticipated was the head wind.

I was a solo traveler on a small tour of 10. As I had traveled with the company before, it was decided that I would take up the rear of the pack so as not to leave anyone behind. (I am not naturally at the head of the pack anyway!) But, with the headwind, being at the back meant falling behind. I was on my own when a pick up truck slowed up beside me.

With more than a bit of anxiety I looked over. The big grins on the guys' faces put me at ease. They explained that our group was spread out over many miles and that they and one other pick-up were collecting us. So, my bike was tossed in the back and I climbed on board. Within the hour we had collected half the group. The other truck had the other half. We were taken to their respective farms where we were fed a classic farm meal with hot biscuits and fresh milk from the cow included. Later, they took us to our campsite for the night.

Yes, the kindness of strangers!

Most solo travelers have received kindness from strangers. When I asked the Solo Travel Society on Facebook for their experiences, I received a number of great stories.

I won't bore you with the rest, but speaking of older women (reference to Karen's story above), I was on a bus, the only non Italian, trying to find the correct stop. HA, No signs and no map. The woman in front of me saw my distress and kept pulling me back when I tried to get off! So kind. And there was also a Japanese woman in the department store in Toyko more than 25 years ago who kept bowing and gesturing at the check out. SHE had given me a coupon to buy my “house” kimono on sale……. too kind. sorry, shall shut up now.

In Japan, also, I had the misfortune of landing on a bank holiday and I couldn't withdraw money for a few days and my cards weren't accepted anywhere. The staff at my hostel in Hiroshima were amazing. They let me stay although I had no money. They gave me noodle soups and other basics and one staff member even lent me a bike and came with me on a fruitless 2 hour bike tour around the city to look for an open ATM. It was amazing and made me feel like no matter where I go I'm never really alone.

If you have a story about the kindness of strangers, please leave it below.