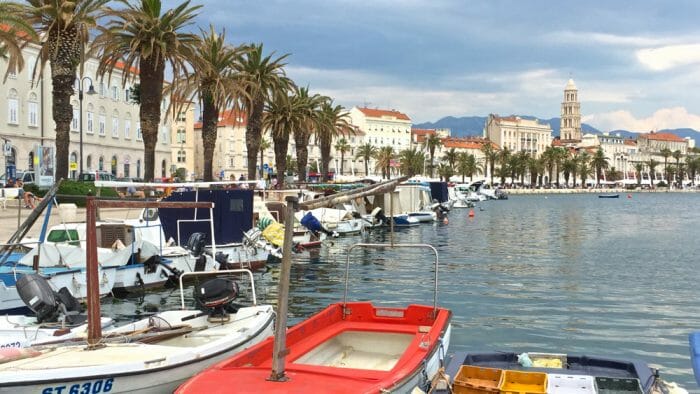 To be honest, Split was included on our route for its port.

Our trip around the Adriatic included a crossing of the Adriatic to Italy where we would continue on to a castle south of Florence for the wedding of my brother. Without having every detail of the trip planned and feeling the need to book a crossing early so that we’d get a cabin, I chose Split. There are ferry crossings between Croatia and Italy from a number of cities but Split is central so I felt safe choosing it as our departure point.

This, as many readers know who have been following along on my coverage of this trip, was my honeymoon. There was so much learned about travel in this region that I have shared it despite the fact that I was not traveling solo.

You can read more about our tour of the Adriatic in these posts.

Below, in photos, are some of Split’s highlights. 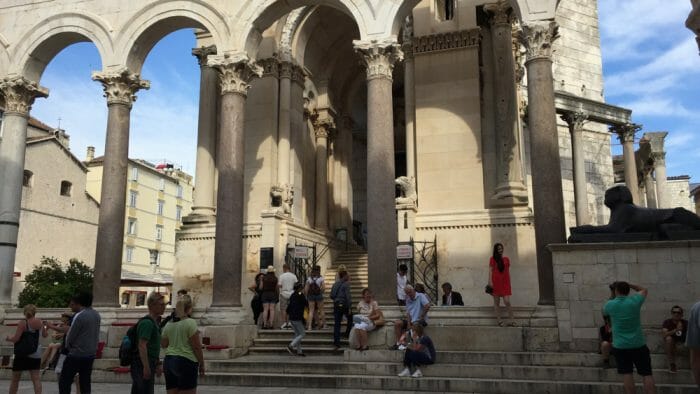 The Diocletian Palace is the big attraction in Split. It was built for the Roman Emperor Diocletian at the turn of the fourth century CE. Approach the palace from the sea for the most dramatic effect. 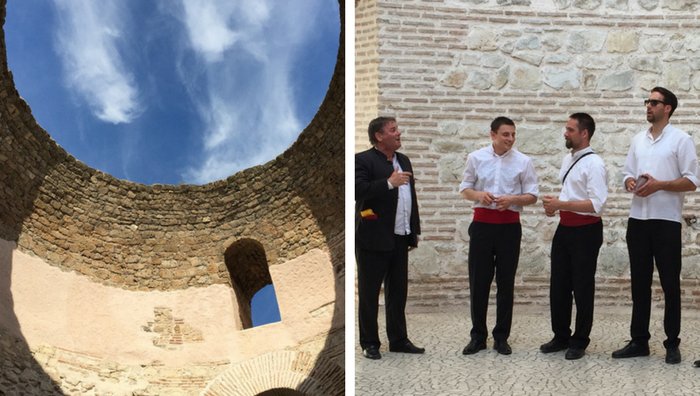 Inside the palace, there are many beautiful architectural features. I also encountered a Klapa group, this is a form of traditional a cappella singing in Croatia 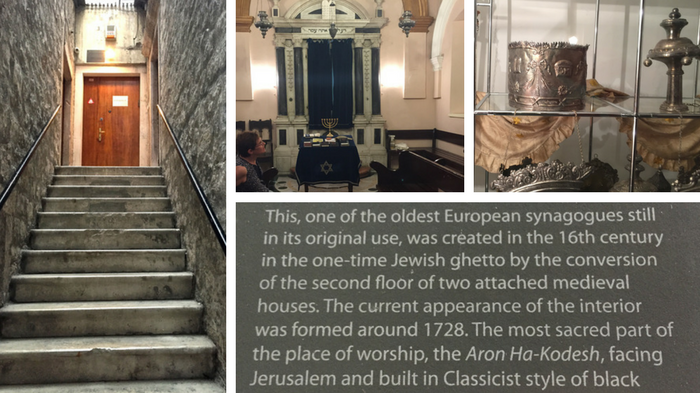 One of the oldest synagogues in Europe. 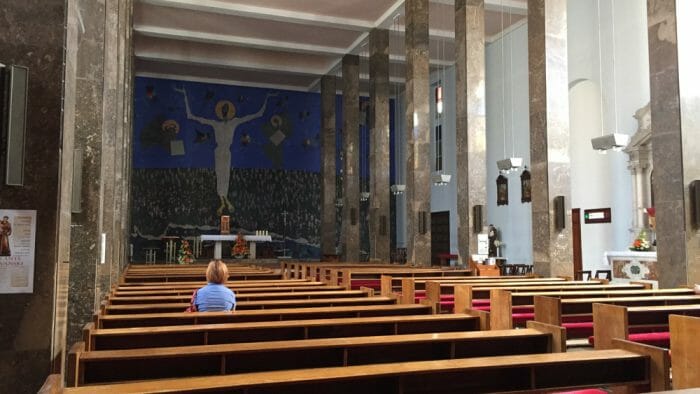 The Gospe od Zdravlja (Our Lady of Good Health) church includes a Franciscan Monastery and has an interesting mid-twentieth century asthetic. 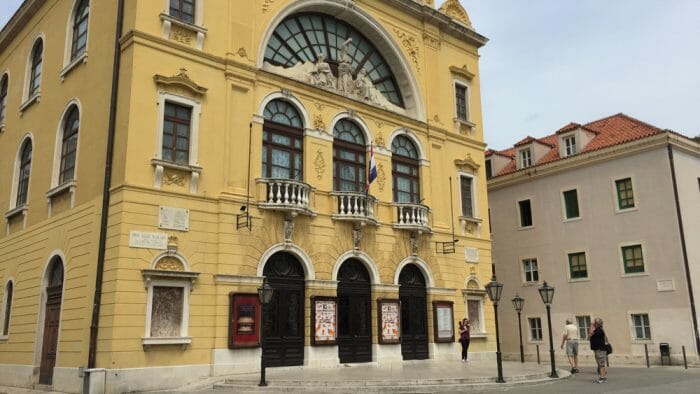 The Croatian National Theater is in the same square as the Gospe od Zdravlja church near the center of town. Performances are quite affordable compared to similar performances in the UK, US or Canada. 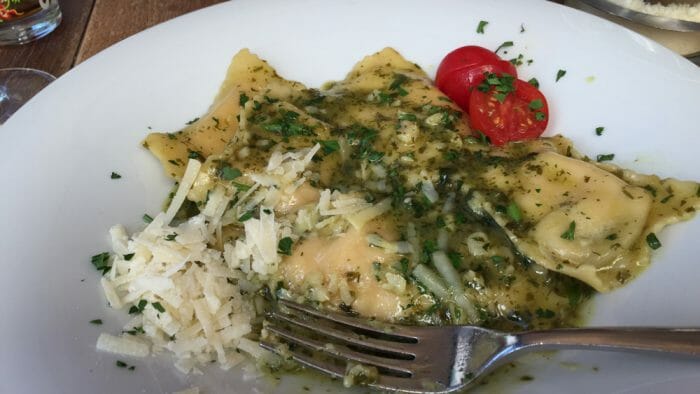 The food in Split is clearly influenced by Italy. This ravioli was delicious. We walked about five minutes beyond the tourist center and found this meal amongst locals that was far more affordable. 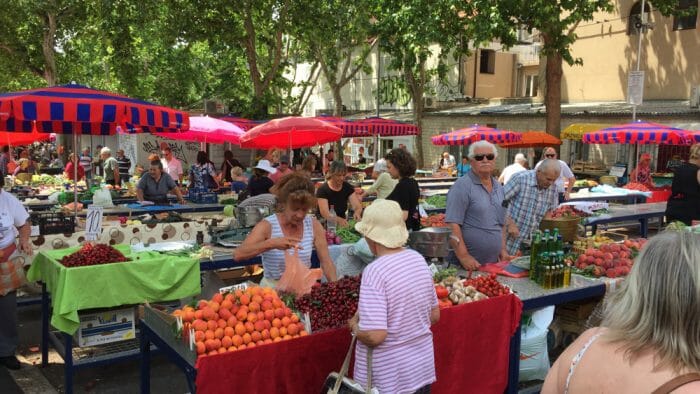 The Pazar food market is located right next to the east wall of the Diocletian Palace. It's open 7 am to 2 pm. There is also a clothing and housewares market near by that the locals shop at as well. 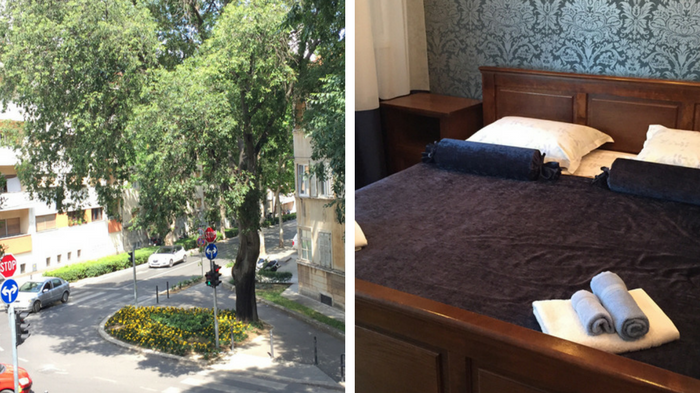 I stayed at an airbnb apartment. There are many airbnb options in Split. Click here to book this or any airbnb and you'll get a $25 credit on your first booking.