You are here: Home / How to Travel Alone / No Food Left Behind: Staying Healthy on a Cruise 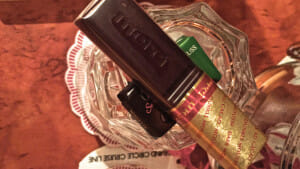 Giving my cabin one last check before leaving the ship I noticed two pillow chocolates – the only food I left behind.

I'm not a willowy woman.

I'm substantial and I have been so since I was young.

At times I lived my life trying to be slim. But that stopped sometime around my 40th birthday. I swore off diets and simply tried to be healthy. Active and healthy. And I feel great.

But the prospect of going on a river cruise – of eating three full meals a day, sometimes with a buffet, always with dessert – for 13 days had me a little concerned.

My will power, when it comes to vast quantities of food laid before me, is not great.

And I had come to believe that, as I had heard or read somewhere, you can't outrun your fork.

So how was I to stay healthy on a cruise from the Black Sea to Budapest which I took thanks to Grand Circle Cruise Lines. I was concerned that I would return to my sedentary life as a writer with more bulk than when I left. 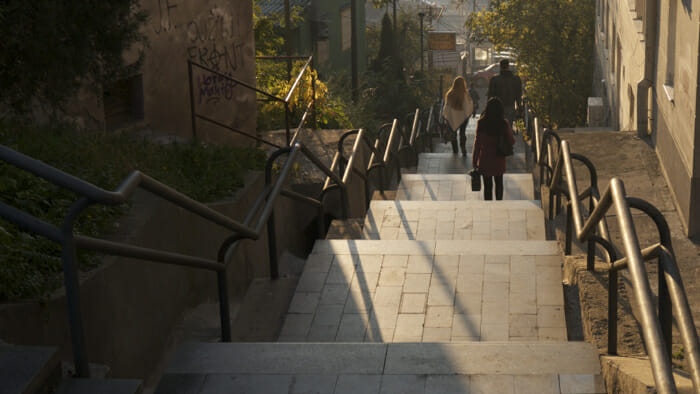 These stairs were not part of our walking tour of Belgrade but were pointed out as an option for walking into the city from the dock during out free time. I took them and, winded at the top, took this photo.

Can You Outrun Your Fork?

It turns out that it's not that difficult to stay healthy on a cruise.

Despite having breakfasts twice the size that I would normally eat at home (plus a little cheese Danish I'd grab on my way out of the restaurant – it was very little, really, nothing at all), despite having wine and dessert with every meal (that's a rarity at home) and often having a drink with nibblies in the bar before dinner, I returned home from my river cruise that included Romania, Serbia, Croatia and Hungary at, essentially, the same weight as when I left.

Basically, I ate everything in sight – except for those two pillow chocolates in the photo above that I noticed when leaving my cabin on departure day. And I didn't gain weight. 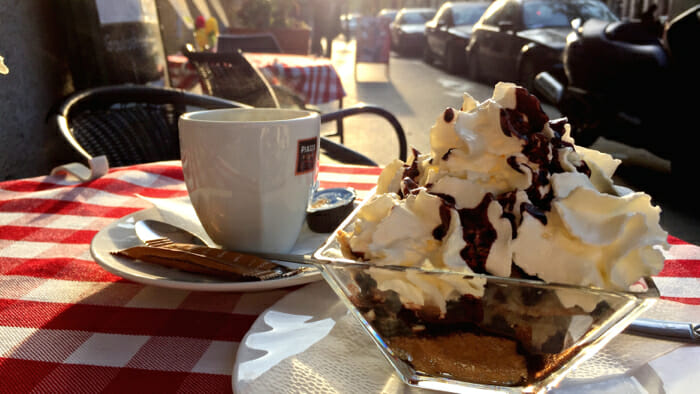 Somloi sponge cake, a rum flavored trifle with ground walnuts and chocolate is a traditional dessert in Budapest – I ate it too!

You Can Stay Healthy on a Cruise

A river cruising lifestyle can be very healthy. The key, I believe, is being active and being aware of being active.

There was a woman on the boat who had a Fitbit monitoring her steps and distance. There was a fellow who based his activity level on time. Both could be met on the top deck walking to reach their goals. I used my phone that has a health app to monitor my steps, distance and floors climbed. Of course, it only works when I have my phone in hand.

I focused on steps but I also watched my distance. I wanted to be above 8000 steps and beyond 5km per day. With excursions on shore every day except one, there was always walking to do. One day I got up to 15,000 steps. But some days, especially the one full cruising day, getting enough exercise was a challenge. This is when I walked the upper deck or went to the gym with its treadmill, elliptical trainer and stationary bike. It also had a whirlpool and two saunas.

If I had not been active enough during the day I would top up my activity after dinner in the gym. And it seemed to work.

The food was very good and, truly, I ate without a care. But I'm glad that I made sure that I was active every day as I have returned as physically well as when I left.

My thanks to Grand Circle Cruise Lines for supporting this trip. As always, the opinions are my own and editorial control of the stories is managed solely by Solo Traveler. You can read more about this trip here: