You are here: Home / How to Travel Alone / A Solo Point of View / The Rewards of Stepping Outside My Comfort Zone 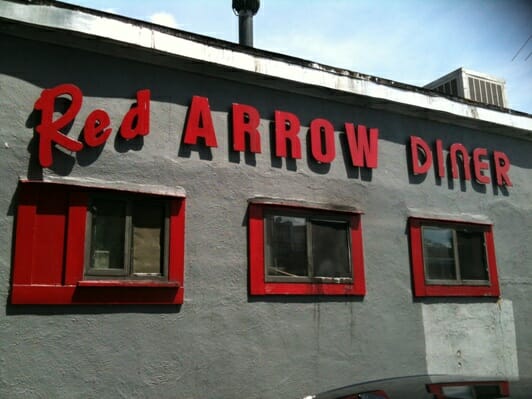 The Red Arrow Diner has been serving homemade food for 90 years.

But I am not, by nature, an extrovert.

When I hear other travelers talking about all of the people that they have met, I don’t have a lot to add to the conversation. At home, I have lots of friends and a busy social life. But when I am traveling, I can easily go for days without talking to anyone other than in the course of ordering lunch or buying tickets or asking for directions. It’s not that I’m afraid, or not enjoying myself. I am soaking up every moment, taking everything in, looking, listening, reading, tasting, smelling…but I am a bit shy.

On a recent trip to New Hampshire, I decided it was time to shake things up. My inspiration? Janice’s Chili Cheese Omelet Opener.

The Red Arrow Diner in Manchester, New Hampshire is an institution. Voted one of the top ten diners in America by USA Today, the Red Arrow has been in operation since 1922. Presidents, actors, newscasters…  all manner of celebrities have walked through their doors. Their photos and autographs cover the walls in this surprisingly tiny restaurant with the surprisingly large menu. It is a regular stop for politicians: 95% of the candidates in the last US Primary visited the Red Arrow. The actor Adam Sandler, a Manchester native, has a plaque on his favourite seat. He is even recreating the diner on the set of his next film. 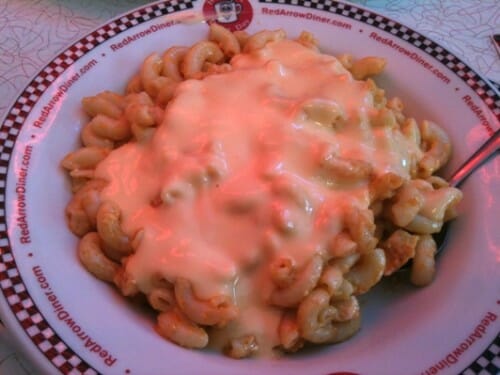 As I sat pondering the lengthy menu, I remembered Janice’s advice to ask a local to order for you. This being my first time, I was a bit clumsy and nervous. Rather than really striking up a conversation, I pointed at the plate sitting in front of the man at the next table and said “I’m going to order that.”

And that was the end of it.

Clearly, this was not going according to plan. My meal arrived, and it was delicious. Wonderfully, awfully, delicious. The kind of dish that you know you want, but really shouldn’t have. It was Mac ‘n Cheese. Not just any Mac ‘n Cheese, though. It also contained spicy chicken tenders. And was smothered in extra cheese sauce. Oh boy. I now know why the Red Arrow was featured on The Food Network. So good. 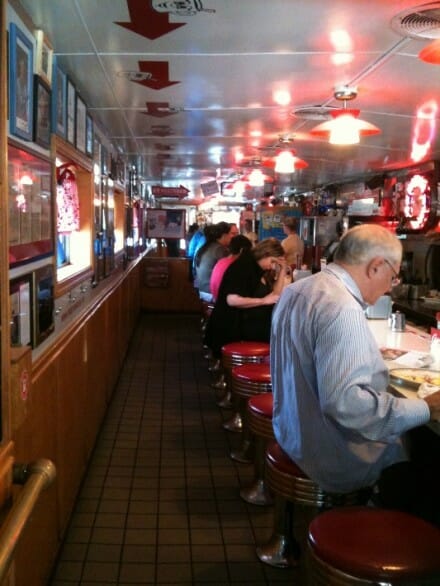 I went off in search of the washrooms. As it turns out, there is only one toilet in the entire place. It’s in the kitchen. So while you’re waiting to use it, you stand among staff preparing food and washing dishes. It’s a little awkward. But it certainly makes it easy to strike up a conversation with others in line. And the man who inspired my choice of entree happened to be ahead of me.

We began talking about what brought us there and where we were from. It turned out that we lived within an hour of each other in Ontario. What’s more, his traveling partner lived in the same small town as my mother. What are the odds? When his friend appeared, we began to chat about places or people we might have in common. And then he said… “You wouldn’t be Paul’s daughter, would you?”

My heart stopped. My father has been dead for a decade, and I still miss him every single day. What an amazing situation: I had stepped outside of my comfort zone to speak to total strangers, and discovered that we were linked in this extraordinary way. I had traveled to another country, to a famous and storied diner, and met someone who had known the most important man in my life. Surrounded by all of this history, now intertwined with my personal history, I was overcome. 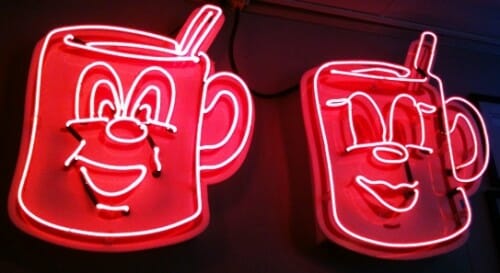 Luckily, the line had moved and it was my turn, so I had an opportunity to collect myself. I returned to my table with a big smile on my face, and wished the travelers well as they continued on their journey.

I discovered a few things about myself and about solo travel on this trip. I learned that you don’t have to follow the Chili Cheese Omelet Opener strategy to a “t” in order to strike up a conversation with a stranger in a restaurant. I learned that there is no friendlier place than New Hampshire to meet people. I discovered that I can push myself to be more outgoing when I travel, and thoroughly enjoy it. And I learned that sometimes when you take a risk and step outside yourself, beautiful moments can happen.

Thank you to New Hampshire Travel and Tourism for making this trip possible.