You are here: Home / How to Travel Alone / The Dali Triangle: a most perfect storm 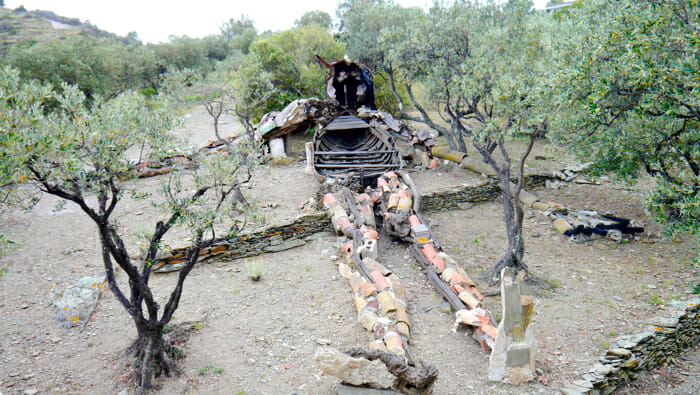 Everything a source of inspiration. This sculpture was created from the residue after Dali and others cleaned up the beach by his house after a storm.

Prolific cannot begin to describe how much Dali produced in his life. Wildly imaginative merely hints at the range of his work. What must it have been like to be inside Dali's head? I can only imagine a storm – of the very best kind.

Traveling Costa Brava at the invitation of their tourism group, I visited the three touchstones of Dali's life – the Dali Triangle as they are known:

Each is worth a visit as each provides different insights into the phenomenon that was Dali.

Dali lived at what is now the Portlligat Museum-House from 1930 until 1982. After the death in '82 of his wife and muse, Gala, he moved into Púbol Castle. The house is located at Cadaqués and was originally a series of fishermen's huts. He began with one and added onto it as time went on using passages to connect them. The entire house reflects Dali’s artistic sensibility as he not only designed it but he also designed the furniture and art it contains. 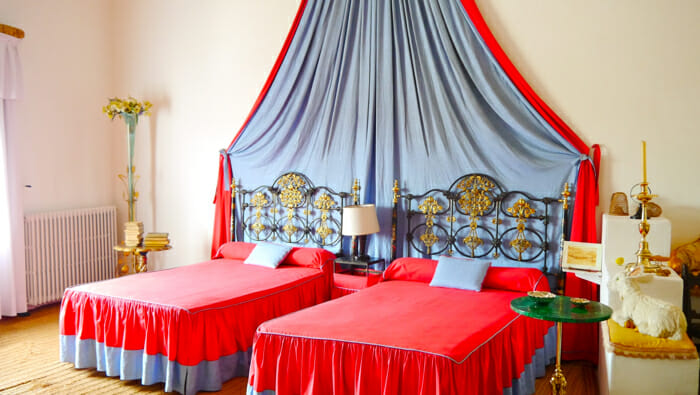 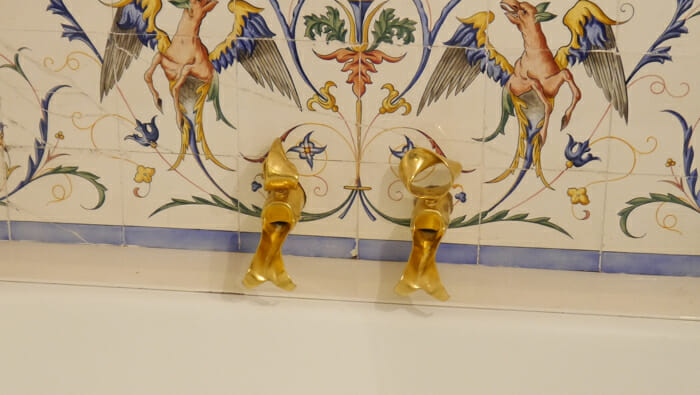 Dali designed everything from the tiles to the faucets for the tub. 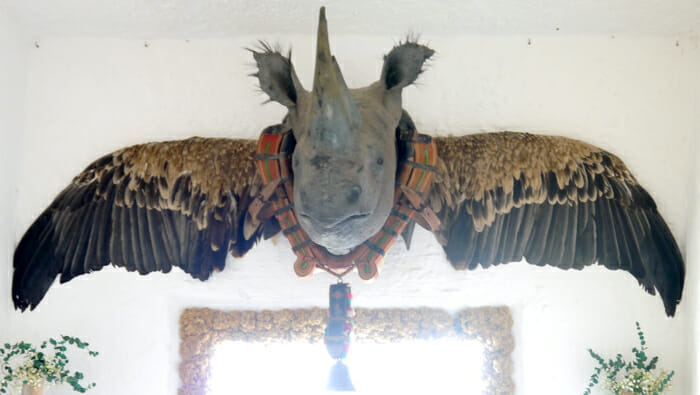 Dali bought this medieval castle located in Púbol and turned it into a home for his adored wife, Gala. Legend has it that Dali could not visit the castle without a written invitation from Gala. After her death in 1982, Dali moved into it and lived there for two years. It is where he did his last work. The castle houses Gala's mausoleum and, at one point Dali wanted to be interred there as well however he changed his mind and now rests in Figueres. 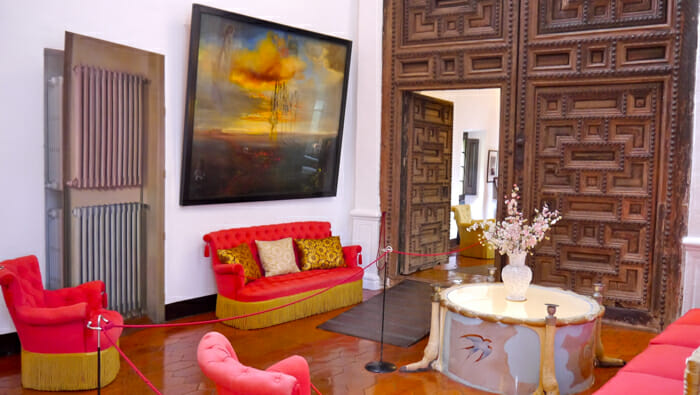 The sitting room. Look on the left. The radiator is almost hidden by a replica of a radiator. 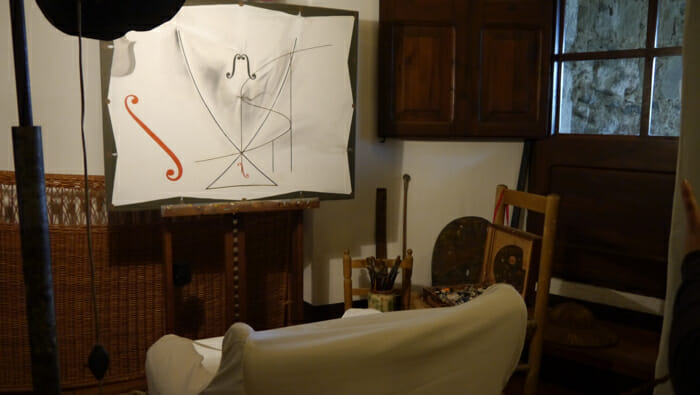 Dali did his last work here. After Gala's death it seems that depression and a broken heart did not allow him to stay.

The Dali Theatre-Museum in Figueres is, in some ways, the best in the “triangle” yet in my mind, it cannot stand on its own. Dali's home in Cadaqués and Gala's Castle in Púbol offer more personal perspectives of the artist and his muse. They are the foundation for all that the Theatre-Museum presents.

Considered the largest surrealist object in the world, the Dalí Theatre-Museum was built from the former Figueres theater and inaugurated in 1974. It contains work from his early career as well as his last work done at the Gala's castle. Dali made some of the art in the museum specifically for it. Dali plays with our perception in many parts of the building's design. This is one museum where you really should take a guide. 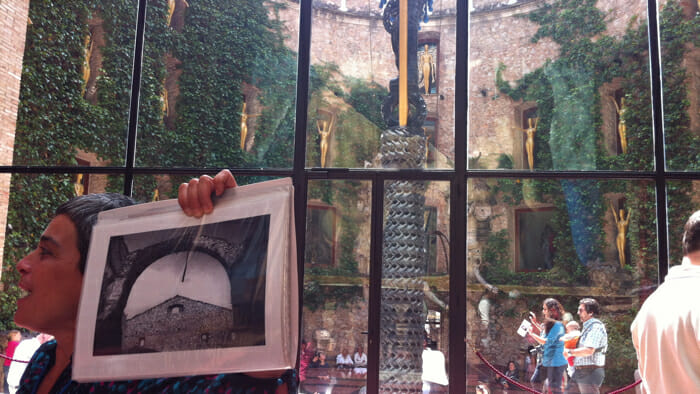 Our guide is showing us photos of the theater before Dali's designed it as a museum. 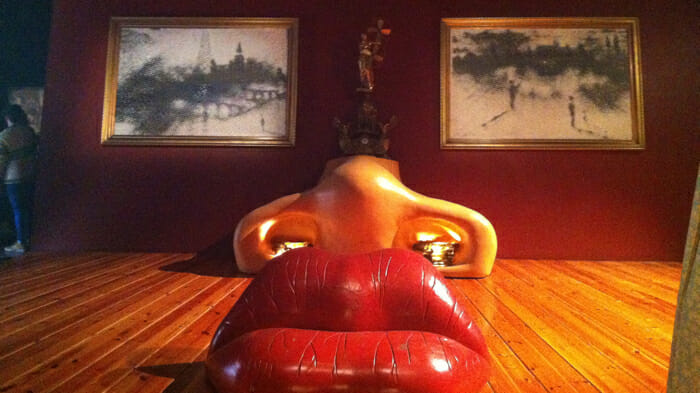 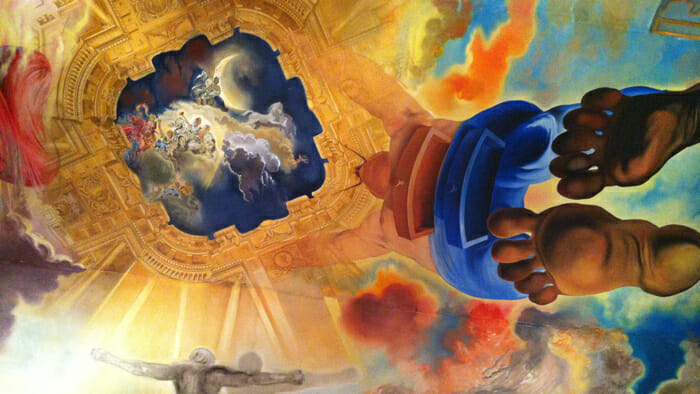 Ceiling painting on the first floor taking the Baroque style to the extreme.

A most identifiable silhouette.

This statue of Dali stands at the waterfront in Cadaqués. 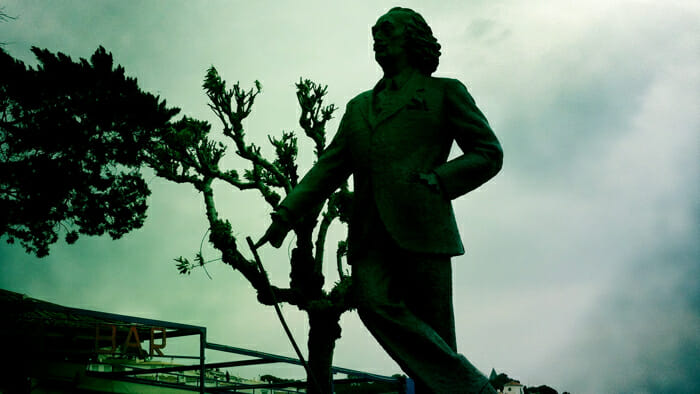 The Dali statue in Cadaqués