You are here: Home / How to Travel Alone / A Solo Point of View / The Importance of Flexibility: 3 Lessons Learned 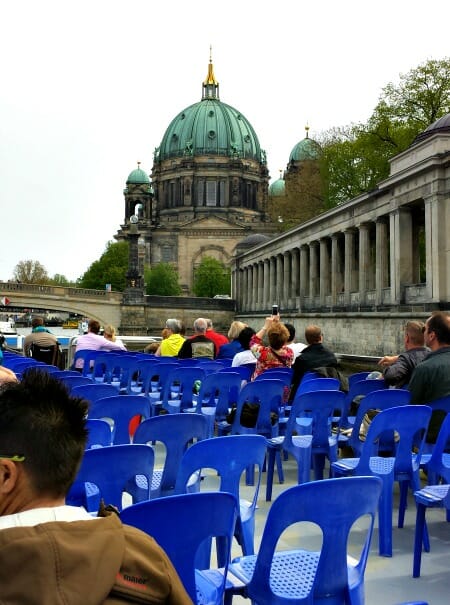 Seeing Berlin from the water.

I have just returned from a trip where nothing I had planned worked out.

I visited Berlin, Paris, and Bordeaux. From tours to holidays to directions, I was foiled at every turn. This isn’t a sad story, though (well, not entirely). It’s more a testament to the value of being flexible and adaptable when traveling solo.

Foiled by Democracy in Berlin

I was in Berlin for three nights, and because of the timing of my trains, I really only had two and a half days to explore the city. So, when I woke up to brilliant sunshine on my first full day, I decided that this would be the day that I would tour the city on a hop-on hop-off bus. In spite of the fact that these vehicles are brightly painted and clearly mark you as a tourist, I think they are a brilliant way to get an overview of a new place – although I do need to learn to hop back on, as I have a bad habit of hopping off to check out a neighborhood, then losing track of time!

I set off for Berlin Central Station, as I had seen the buses lined up there when I had entered the city the day before, and I needed to reserve a seat for my next train anyway. Luckily, there was a Berlin Tourist Information office right at the entrance to the station. When I asked about purchasing a ticket for the bus tour, I was informed that there was a political demonstration taking place in the city that day that would prevent the buses from running. While I am a big fan of democracy, this is not what I wanted to hear on the one day that I had set aside to see the city. As I stood there stewing about the situation, looking out at the huge square in front of the station, filled with people soaking up the sun, not a protester in sight, I was very irritated. But then I thought, “Wait a second! The roads may be closed, but what about the water?” 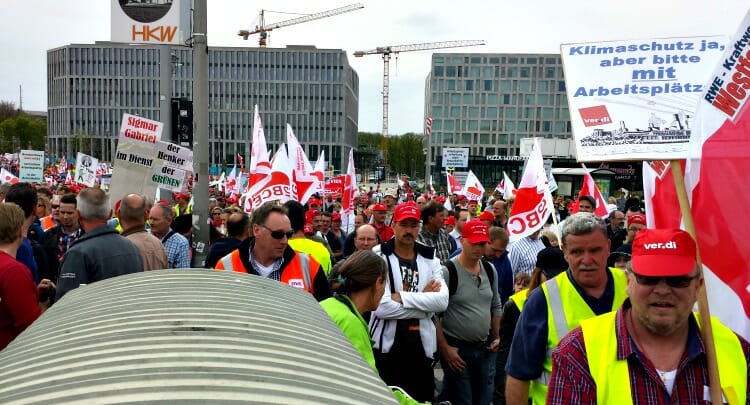 Thousands of people took to the streets of Berlin.

In no time, I had a ticket for a boat tour in hand, and just enough time to search out the public restrooms, grab a bottle of water, and head to the dock. I didn’t get the tour that I had wanted, but I got a different view of a variety of styles of architecture, a cold German beer, sunshine, and the wind in my hair. Not a bad alternative at all. And when I returned to land, I fully understood why the buses weren’t running, as thousands of people filled the streets, and I had to wait close to an hour to cross the bridge to get back to the station. But even this gave me an opportunity to observe the protest and the amicable way in which the marchers and the police interacted.

Lesson learned: If you can’t go through it, try going around it. 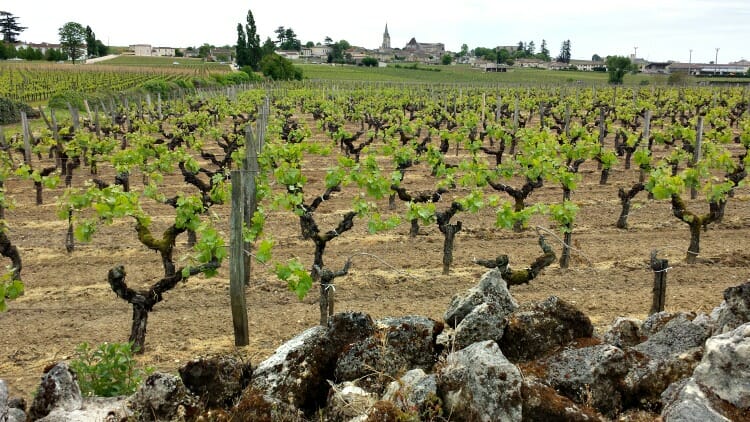 The vineyard at Chateau Soutard-the only winery I managed to visit.

Stumped by a Holiday in Bordeaux

On a whim, I decided to visit Bordeaux, birthplace of many wines that I love. The plan was to take the train to Bordeaux-St. Jean on a Thursday morning, stay one night in an inexpensive hotel, visit as many wineries as possible, and take the train back to Paris late Friday afternoon. I reserved my seat on the train, booked a hotel and a wine tour online for Thursday, and planned to check out other options for visiting additional wineries once I arrived in Bordeaux and could ask for local advice.

What I hadn’t anticipated was the cultural difference between how North Americans see holidays, and how the French see them. In my mind, it was a bonus to be visiting on a holiday, as there would surely be even more options available – extra tours, perhaps festivals, special events – precisely because people had the day off, and there would be more tourists around.

Turns out, the French take their holidays very seriously, and they are just that: holidays. I had a very hard time resigning myself to the fact that in spite of the fact that I had traveled all this way, and the vineyards were just down the road, I was not going to be able to enjoy any more of them. I asked everyone I could think of for suggestions – the guide who had driven our tour group around on Thursday, staff in the tourist office, staff at the hotel, other guests at the hotel – and every single person gave me the same answer: “But, it’s a holiday.” 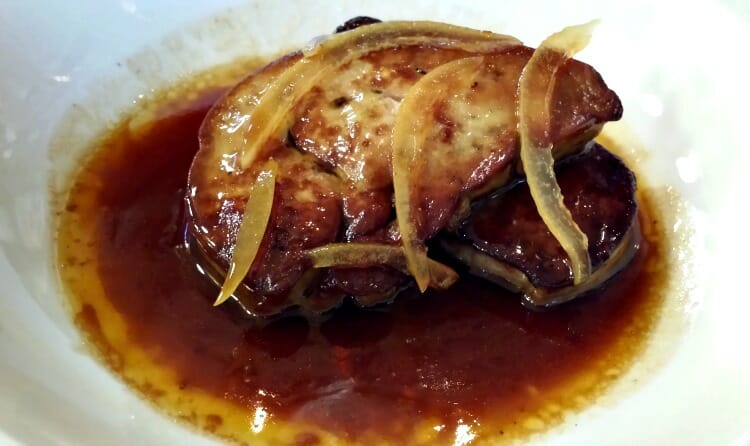 Foie gras poêlé was an outrageously decadent part of this memorable meal.

So, my dream of strolling through the vineyards of Bordeaux was being squashed because everyone was taking the day off. I actually really admire this attitude, but I was having some trouble seeing past my disappointment. And when I awoke on Friday to darkness and rain, a town that was largely shut down, and an entire day to fill before a 4:30 train, I didn’t feel any better. The importance of flexibility was definitely not top of mind.

A shower and a coffee can sometimes shift your perspective. I could be bitter and disappointed, or I could come up with a Plan B. By the time I was dressed and had packed up my stuff, I had come to the conclusion that there was only one solution to this problem: a long, leisurely, multi-course, wine-filled (Bordeaux wines, of course!) lunch spent catching up with an old friend in a spectacular setting, yielding a memory to treasure. Since I wasn’t going to be spending money on a tour or bottles to take back home, I funneled it all into that extravagant lunch and had the time of my life!

Lesson learned: Creating a memory can be just as much fun as fulfilling a dream. 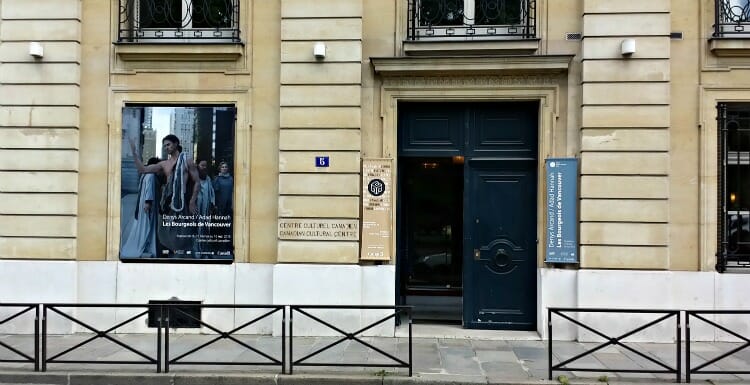 The Canadian Cultural Centre in Paris.

Confused by Directions in Paris

And then, there was Paris.

It had been nine years since I had last visited Paris, and it might as well have been the first time, at least when it came to directions. I actually enjoy the Paris Metro. As complicated as their system seems to someone who lives in a city with only two subway lines – one that runs north-south, one that runs east-west – I always feel a sense of accomplishment when I manage to get from A to B underground in Paris.

My problem occurs when I emerge onto street level at a new station. On my first day in Paris, I did precisely this, and could not, for the life of me, figure out what direction I was facing, or even locate street signs to indicate where I was. If you can’t find yourself on a map, it’s a bit difficult to figure out how to get where you want to go. And I really wanted to get to the Rodin Museum while the sun was shining and before the dark clouds moved in.

No problem, I thought. I’ll just wander around until I see something that will allow me to orient myself. So wander, I did. I now know that the bridge that I crossed, and where I stood gazing at the view was Pont Alexandre III. I wandered a little further and sat on a bench in the shadow of the Grand Palais, pulled out my map, and eventually realized that I had been walking in the exact opposite direction of my destination. Irritated with myself, as I had wanted to fit in several other things that day, I headed back the other way. 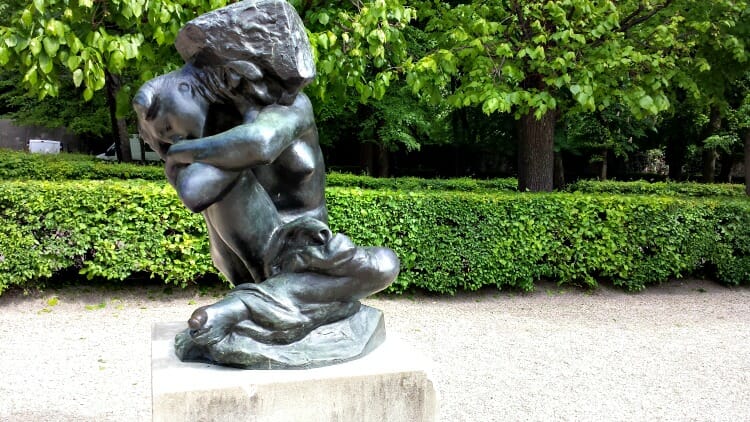 Eventually, I made it to the Rodin Museum and walked around the gardens.

Taking a shadier street on the way back, I happened upon the Centre for Canadian Culture. I didn’t know that we Canadians even had such a thing in Paris, so I peeked my head in. To my delight, there was an exhibit of work by Quebec filmmaker, Denys Arcand (with whom I’m very familiar) and Vancouver photographer and video artist, Adad Hannah (a new discovery for me). Being a weekday afternoon, I had the entire place to myself.

In addition to having the opportunity to view an interesting video installation, entitled The Burghers of Vancouver, there was something serendipitous about stumbling upon this exhibit in this place on this day. The project was based on a human re-creation of Rodin’s sculpture, Les Bourgeois de Calais. As I was on my way to the Rodin Museum, I was able to first take in this exhibition, and then see the actual sculpture upon which this project had been based.

As frustrated and off-schedule as I had become, if I hadn’t taken that wrong turn when exiting the Metro, I would not have discovered this gallery or this exhibit, which added so much value to my day, and made for a richer experience.

Lesson learned: Getting lost can lead to fascinating discoveries. 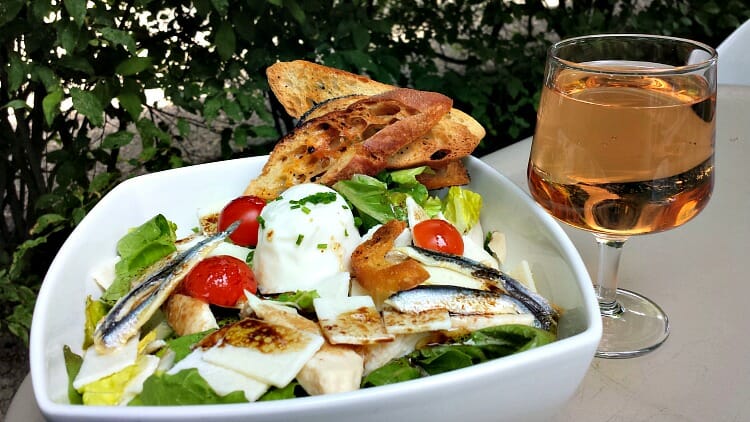 If all else fails, take a break, regroup, and make a new plan. A glass of wine won't hurt, either.

The Importance of Flexibility

On this trip, I was reminded of the importance of flexibility when traveling. It can be disappointing and difficult to let go of plans, especially if you have traveled a long way or spent a lot of money or dreamed of doing this for a very long time and worry that you may not have the chance to get there again. But if you can set it aside and open yourself up to other options, wonderful opportunities can come your way, new travel memories can be created – and you’ll always have a great story to tell!