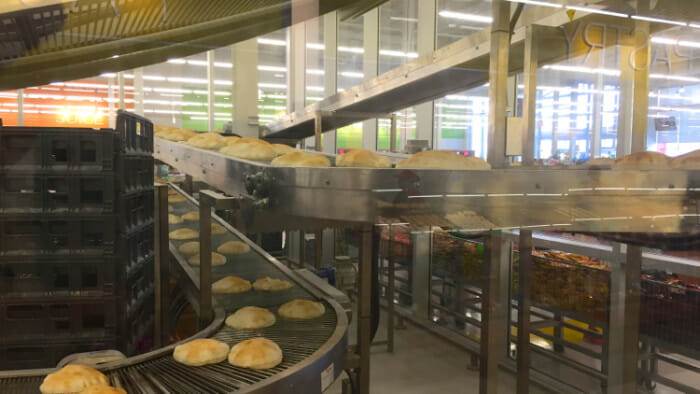 This pita bread bakery is in the center of my favorite grocery store in Toronto.

Toronto is a colorful city.

On any given day, whether running errands or cycling the city's waterfront, I'll likely

We Torontonians take great pride in our diversity.  It's our normal.

So I was quite surprised to discover that there was a huge part of this diversity of which I was totally unaware. Day two of my staycation rained and in search of something new for me to do on a rainy Toronto day I discovered The Aga Khan Museum.

I learned as much about the world on this staycation day as I have on most travel days. 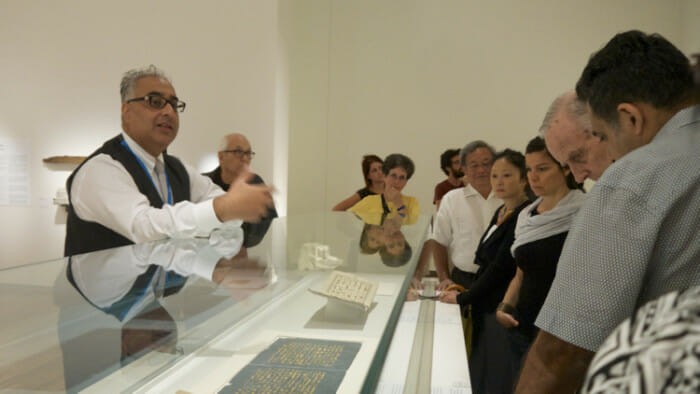 Alnoor Keshavjee is a Family Doctor and volunteer docent at the Aga Khan Museum. He led the tour I was on. Here he's telling the group about the Blue Qur'an.

The museum has been open for a year and, apparently, has received quite a bit of press. But as a traveler, one who frequently looks beyond home for learning and may not have been home when the media hype took place, I didn't know about it.

And yet the museum delivers, at home, much of what I seek as I travel. It's the type of museum I would expect to find in a major Islamic city like Cairo or Istanbul. Curiously, it is in Toronto. Maybe that is because it's mission is less to reflect what is around it and more to promote understanding throughout the world.

Its mission is to foster a greater understanding and appreciation of the contribution that Muslim civilizations have made to world heritage. Through education, research, and collaboration, the Museum will foster dialogue and promote tolerance and mutual understanding among people.

From the museum's mission page.

At the museum you will find a large permanent collection of Islamic art, artifacts, manuscripts and textiles on the main floor. On the second floor are temporary exhibitions. This is a museum that rivals publicly funded institutions. Located across from the Ismaili Centre on Wynford Drive in northeast Toronto, admission is $20 for adults and a further $10 for a guided tour which I highly recommend. The museum is free on Wednesdays from 4 – 8pm though there would still be a cost for the tour.

Here's just a sample of what you'll see. 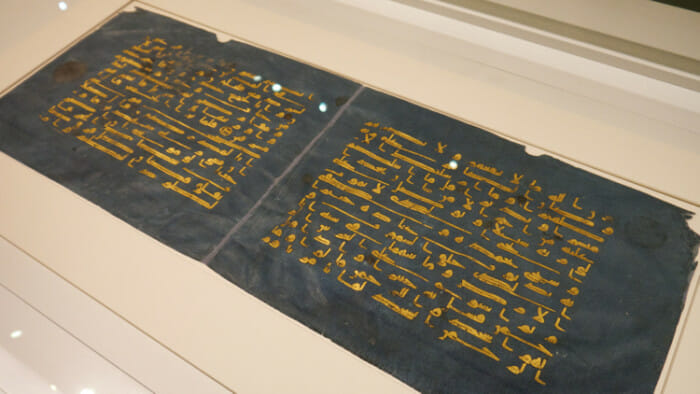 The Blue Qur'an dates to the late 9th or early 10th century. The calligraphy is in gold and the velum has been died with indigo. 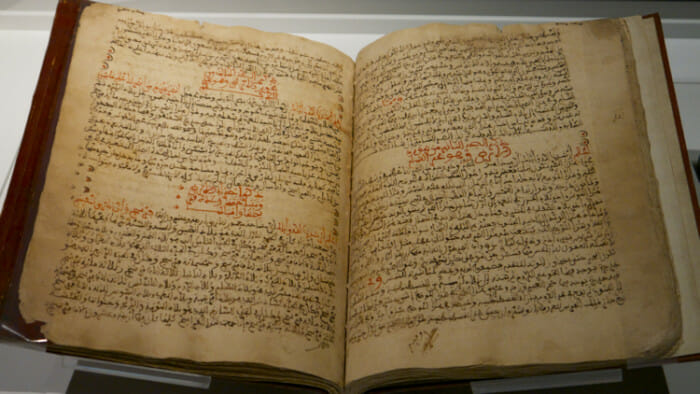 And early copy of The Arabian Nights. 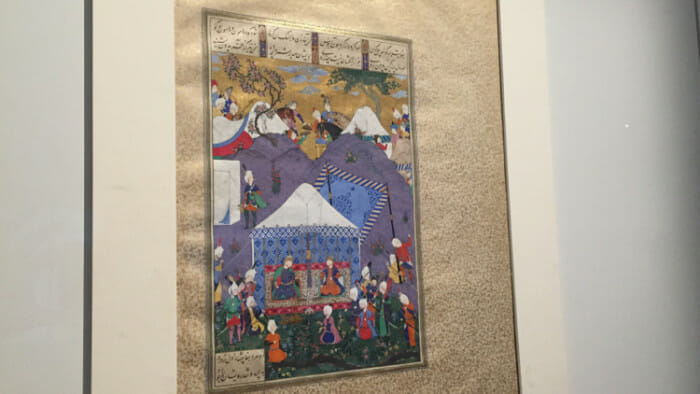 Folio from the Shahnameh, the Book of Kings, which is an epic poem written in the late 10th century. 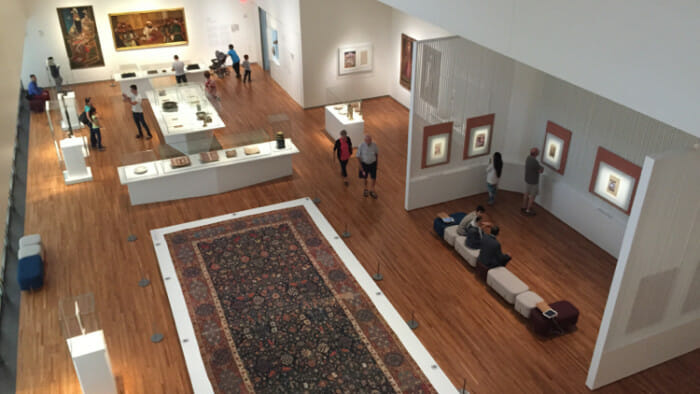 View of part of permanent collection from second floor. 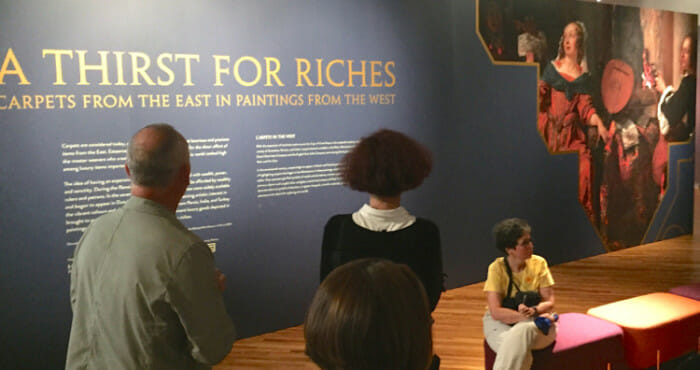 One of the temporary exhibits on the second floor. “A Thirst for Riches” came from Metropolitan Museum and is an interesting display on how the luxurious and expensive carpets front he east were displayed in European art to demonstrate the wealth of a portrait subject. 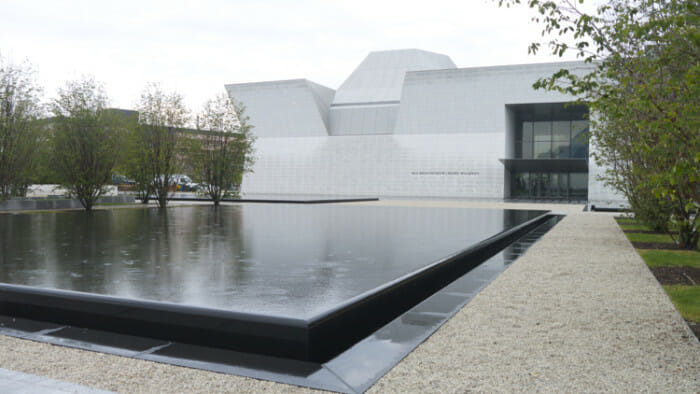 The Aga Khan Museum has a beautiful water garden in  front. This dreary day did not do it justice.