You are here: Home / Solo Travel Destinations / Oceania / Australia / Transformed on The Ghan 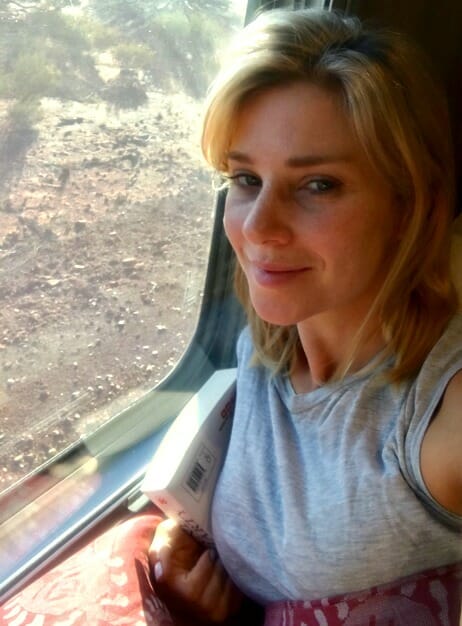 Relaxed, refreshed and restored after my first night aboard The Ghan.

“Ladies and gentlemen, it seems that we have an issue with the aircraft that requires further investigation. So at this time we will need to ask everyone on board to disembark and await further instructions.”

This is how my recent 4 days of solo travel which started with a 2-night journey on The Ghan, one of the world's great rail experiences, began. Sitting aboard the flight from Sydney to Adelaide that was meant to whisk me (both physically and metaphorically) into my own personal journey to the Red Centre, I could feel anxiety and tension welling up inside me. I had only a small connection window in which to meet the train for its departure and if I missed it, the whole journey would be over before it had even begun.

This wasn't part of the plan. It had taken a series of small miracles and a considerable amount of careful planning to get to this stage in the first place. As a working mother to an incredibly active toddler, time alone to shower is rare, let alone 4 days solo on a once-in-a-lifetime getaway.

The idea that I might miss the entire journey was a little too much to take. I was beginning to panic. Just as I was about to march purposefully up to the counter to explain the urgency of my travel to the equally frustrated and frazzled ground crew, they announced that we would be boarding an alternate aircraft and getting underway within 10 minutes. Okay. Crisis averted. Now I could relax. Or could I?

The Gift of a Digital Detox

Once I had arrived in Adelaide, met my driver, and been ferried over to the train station to board The Ghan, I would have expected anxiety levels to drop. Instead, I spent the first hour of the journey obsessively checking my emails, reviewing to-do lists, wondering if I had left the iron on, contemplating wwhether my husband would even read the elaborate notes I had left for him about the care of our child. Spoiler alert: he didn’t!

What was wrong with me? Wasn’t I supposed to be chilling out? My frenzied, over-tired brain was going into over-drive. I’d put over 1000 km between myself and my life but I couldn’t let go.

As the train moved further and further away from Adelaide and the landscape began to shift from industrial buildings on the outskirts of town to scrubby brush, something miraculous happened.

My Wi-Fi signal dropped out. 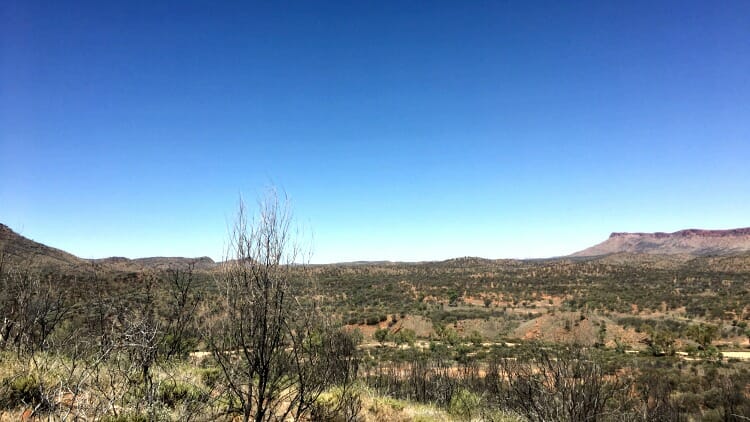 The calming landscape that soothed my racing mind.

Around the same time, lunch was being served in the dining car. After a few glasses of wine and a spectacular steak, I wandered back down the narrow passageway to my cozy single gold service cabin and sat myself down. I stared out the window for an hour, maybe longer. The scenery had an almost anesthetizing effect. Gliding across the vastness of the desert in great luxury while staring into the arid emptiness I found the elixir I had sorely needed. My mind which only a few hours earlier had been filled to the brim suddenly felt oddly still and calm. I felt relaxed. I felt wonderful.

By the next morning I was well and truly transformed. I lounged in bed that morning reading my book and drifting in and out of sleep as the train’s swaying motion gently rocked me back and forth.

The other thing that happened on the trip was a chance encounter with a fellow traveler whose story helped me to re-examine my own.

On my last day aboard the train I was seated for lunch with a lovely Dutch woman. She was also travelling solo. We exchanged stories about our families and our lives back home. Despite an almost 30-year age gap, we found common ground. In chatting with one another, she told me a remarkable story. She had nearly died 5 years earlier. She’d had a brain aneurysm and at one point the doctors thought that they would lose her. While only a small percentage of people who suffer from brain aneurysms survive, she would make a full recovery. The most amazing thing about her story wasn’t that it was a medical miracle, it was that the experience gave her a completely new outlook on life. She realized that some things are not worth stressing about. She said she felt like a different person. She actually described it as one of the best things that had ever happened to her. 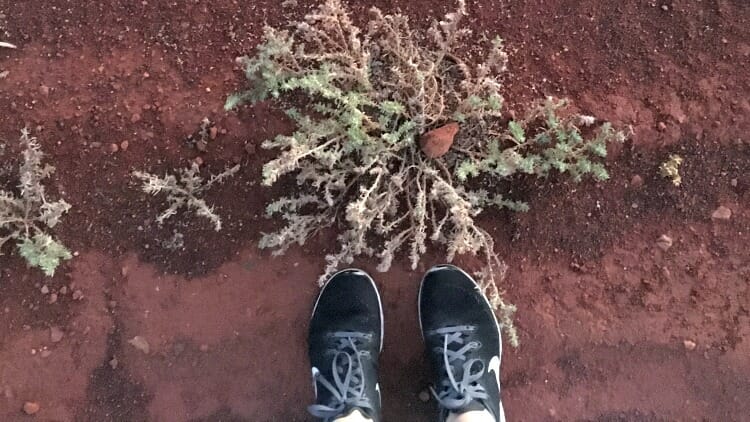 Finding my feet (and myself) on the journey to the Red Centre.

Leading a busy and often chaotic life, I realized that I had become a glass half empty kind of person. I’m not sure I would have been so receptive to her message had I met her in another circumstance. I already felt that I had been transformed on The Ghan, that the journey itself  had changed me and made me open to new ideas. I made a decision that moving forward I would try to turn negatives into positives and view setbacks as opportunities.

A few days later, I found myself in another airport, getting ready to complete my journey and travel back home to Sydney. Once seated comfortably on the plane, I heard the captain’s voice come on over the loudspeaker.

“Ladies and gentlemen,” he said, “it seems that we have a problem with the aircraft and will need everyone to disembark while our engineers take a closer look to diagnose the issue. Apologies for any inconvenience this may cause.”

I sighed, undid my seat belt, and collected my bags. As I walked back into the terminal and spotted a neon sign reading “cold beer,” I felt a grin spread across my face and thought, “this isn’t so bad after all.”

Thank you to Great Southern Rail Australia, The Ghan for sponsoring this trip. As always, editorial control is maintained by Solo Traveler, and all opinions are our own.