This solo travel story is shared with us by Michael Hodson of Go, See, Write. He is an attorney who took off on his birthday in December of 2008 to circumnavigate the globe without ever getting on an airplane. After 16 months, 6 continents and 44 countries, he made it back home. Here, he shares his perspective on solo travel in Nicaragua. If you have traveled alone to Nicaragua recently, please consider submitting your story and photos here to share with fellow travelers. 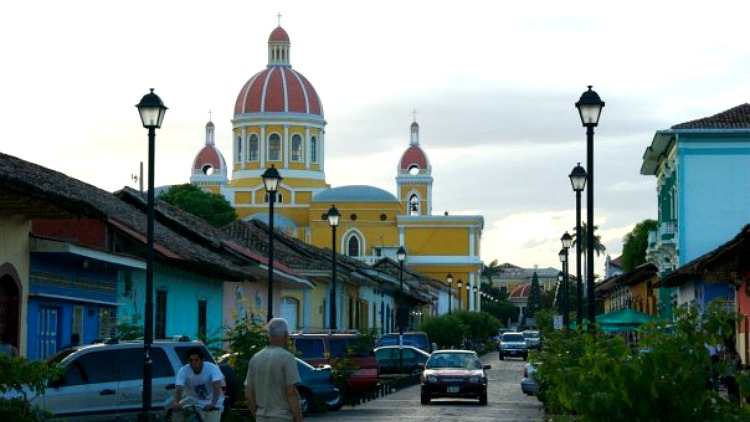 Nicaragua is one of my favorite countries in Latin America. Although the typical preconceived notions of this small Central American country remain wedded to the violence and guerrilla warfare of the Sandinista revolution and the Contra wars of the 1980s, my experiences there have been of some of the warmest and friendliest people on the planet – and a country with plenty of sights worthy of a visit.

Where to Arrive (and Leave)

Managua is the capital and if you are flying into the country, it is going to be the place you touch down. The city is one of 1.4 million people and it was almost completely destroyed by an earthquake in 1972. I wish I had something good to say about it, but it is the only place in Nicaragua that I would recommend avoiding. Added to its well-deserved reputation for violence is the fact that it is a fairly ugly metropolis that has never really recovered from the earthquake, so my advice would be to land and leave.

The Cities of Nicaragua

Almost all of the population of Nicaragua is concentrated within 30 or 40 miles of the Pacific Ocean and in both of my extended visits I spent all my time on that side, although I have heard that the laid-back Caribbean lifestyle is alive and well in Bluefield and the Corn Islands, on the other side of the country.

The two major cities in Nicaragua, aside from Managua, are Leon to the northwest of the capital and Granada just a couple hours to the southeast. Leon was at the heart of the Sandinista revolution and maintains a political tilt to the left, while Granada was, and to some extent remains, the center of the more conservative side of politics in Nicaragua. Leon is a university town and maintains some of the vitality that young population brings. It is less touristy than Granada. Both have very walkable city centers, though Leon has the distinction of the largest church in all of Central America.

Granada is one of the oldest cities in Central America, founded in 1524, and is better preserved and more visually stunning than Leon. It sits on the northern side of Lake Nicaragua, close to Laguna de Apoyo, which is a deep water volcanic lake worth a visit. Both Leon and Granada should be visited, but if you have time to only do one, I suggest Granada. It is one of those cities that begs for you to pull your camera out over and over again. The colors are wonderful and it is simple to wander around the central part of town and take in the ambience of the sidewalk cafes, parks, colonial architecture, and impressive Catholic churches. It is also closer to some other places that you should try to hit while you are there, namely Ometepe and San Juan del Sur. 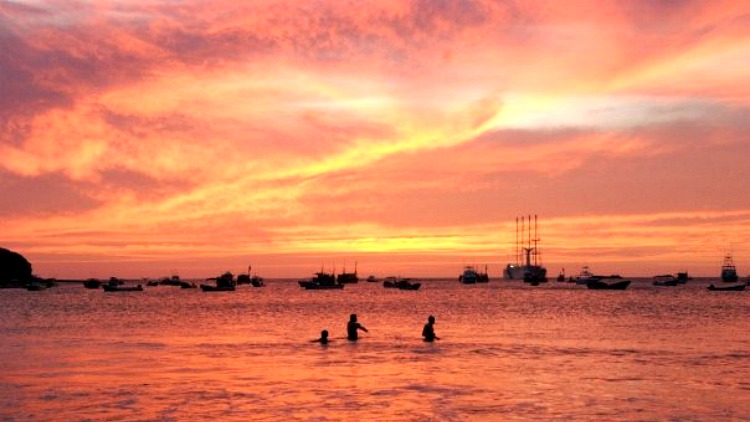 In the center of Lake Nicaragua (the largest lake in Central America and the 19th largest in the world) lie twin volcanoes, joined together as one island, Ometepe, well worth a visit. You can get there by a boat ride of about 6 hours from Granada that runs twice a week or take a bus down to the town of Rivas and catch one of the multiple daily ferries from there. Once there, both volcanoes are hikeable and the scenery is spectacular.

About thirty or forty miles down the road to the Pacific from Rivas, down perhaps the worst road you may ever traverse in your lifetime, lies the sleepy little beach village of San Juan del Sur. San Juan is a sort of expat haven; you will run into scores of Canadians and Americans there, including some true eccentrics worthy of a Graham Greene short story.

Everyone in town is waiting for the road to be properly sealed and paved to open this place to the world and lead to the tourist revolution that you will hear about more than a few times. Given the state of the Nicaraguan government and the lack of revenue this poor country manages to bring in – and also given that the World Bank gave millions to one of the previous governments to build the road, only to see all of it stolen by the President at the time – I don't think there is much risk that San Juan del Sur will to turn into Cancun anytime in the near future, but get there in the meantime to enjoy the vibe of a place that I love. And not any small thing, you will also be granted with some of the best sunsets you will see anywhere on the planet.

In short, Nicaragua is a place that should be on most everyone's bucket list. Like all of Central America, you need to be cautious at all times. Don´t leave items unattended. Don´t walk around towns with your fancy DSLR dangling from your neck (keep it in a bag or backpack and pull it out just to use).

Cheap hostels are easy to find in any of these cities and towns and there are some fairly nice hotels available also, including a nice resort or two in tiny San Juan. Ground transportation is a bit rough; the roads aren't the best and the buses are also not the finest in Latin America, but I've never heard of any safety issues on the buses. Spanish language schools are plentiful and if I can only give you one piece of advice, find a way to talk to some of the locals. I bet you too will be charmed by this undiscovered gem in Latin America.

Political situations can change over time. As with all destinations, it is important to research any potential safety issues as part of your trip planning process.