You are here: Home / How to Travel Alone / A Solo Point of View / Travel Solo to Meet People of All Ages 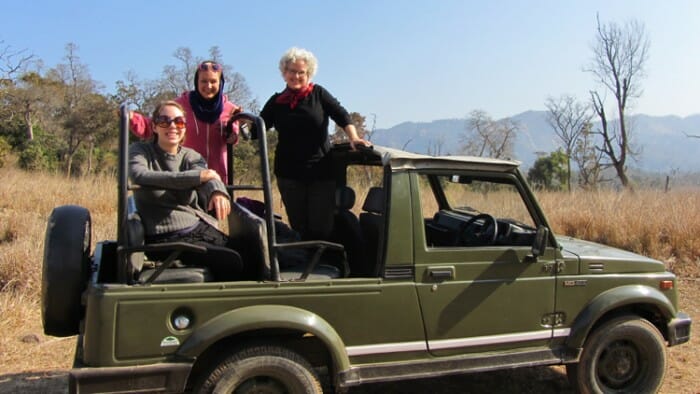 I was staying at an Ashram in Rishikesh, India where I met four women with whom I went on an elephant safari. One was in her twenties, another in her thirties, a third had just turned forty, and I was in my early fifties.

Meeting people of all ages is one of my favorite things about solo travel. From my experience, solo travel presents opportunities to expand your horizons by interacting with people outside your own age group.

Sometimes the meeting is just for an hour or two. Other times I travel for a while with the people I meet.

Sometimes the person is a decade older or younger. But they can also be considerably younger than me.

So, in addition to meeting people from other countries and cultures as I travel I also meet people of completely different age cohorts – which are also like other cultures as well.

It makes me feel somewhat ageless. 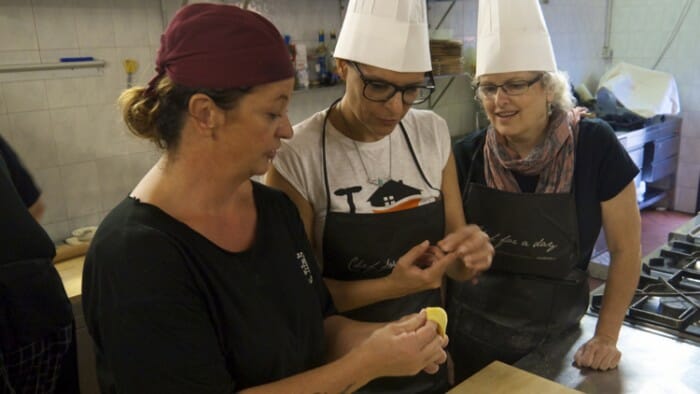 At a cooking class with a new friend, Patricia, from Brazil.

Expand Your Horizons by Meeting People of All Ages and Cultures

Connecting with people of different generations is enriching. I found this when, in my late 40s, I returned to university to do a Master's degree. With one exception, all the students were in their twenties. Collaborating with them on projects and meeting them for coffee took me into their world. When I started to travel solo, I naturally gravitated to activities that connected me to younger people.

In India, I went on a day trip with three women I had met at the ashram where I was staying. Together, we spanned four generations. I later continued traveling with Penny who had recently turned 40.

In Kauai, I stayed at a hostel on the beach and met a number of young people. I had a few meals with a guy in his mid-twenties. Our conversation covered a wide variety of topics. In the end, he told me that I was nothing like his parents. And yet, I live a fairly traditional lifestyle with children and grandchildren. It made me smile.

In Chile, I met Noemie on the Navimag Ferry heading south to Patagonia. She was a 29-year-old French woman and we hit it off. We ended up hiking and camping in Torres del Paine National Park together.

I could go on, but you get the idea. By traveling alone, I meet people. People of all ages. 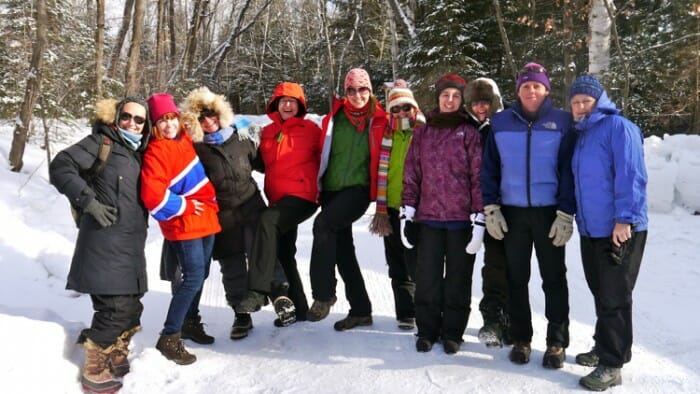 I spent a weekend of fun on a winter yoga retreat meeting women of many ages.

Tips on Meeting People of Other Generations

If you want to connect with people from different generations, go where they are.

Age is a curious thing. When young, you’re not old enough. Just a few years later, one can feel too old – a joke to anyone a decade or more older again. We can feel younger or older than we are. Sometimes, I feel the age of my eldest son. And yet, there are times when my age looms large and I feel it shutting doors.

Most of the time, however, I celebrate my age. I feel enriched by my years and grateful for the experience that allows me to see the world in ways that would not otherwise be possible. But what I really love are those moments when age loses all meaning. These are times of intense stimulation. Learning a new city, accomplishing a physical challenge, and leaping to a new level of confidence.

The latter is what I often feel when traveling solo. On the second day of a trip to London, navigating the Underground alone, I suddenly felt very capable. I had done it with ease. My confidence soared. For a moment (just a moment, as I admit that it is a small accomplishment), I felt exhilarated. When the announcement came on to “Mind the Gap” it occurred to me that there wasn’t one. This feeling of soaring confidence is ageless. It is there to achieve for those in their twenties and those in their nineties. It helps us age brilliantly – at any age.