You are here: Home / Solo Travel Destinations / North America / Canada / What I Tell Friends About My Trip to the High Arctic 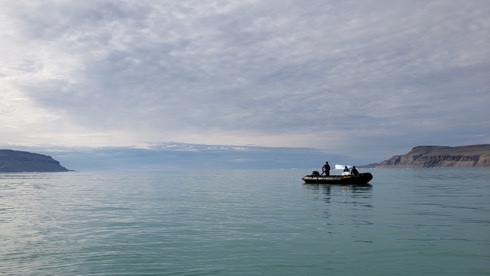 On one of my morning walks, I ran into a neighbor who asked me about my trip to the high Arctic.

I talked her ear off!

My enthusiasm was spilling out of me. She was aware that it is a pricey trip by many people's standards. But, as my excitement gripped her, she began to think that a concerted saving plan would be worth it.

After giving you an introductory post about the trip, one on very practical tips for expedition travel and a third on what I learned in the north, I now want to share my personal experience of this trip to the high Arctic with Adventure Canada. 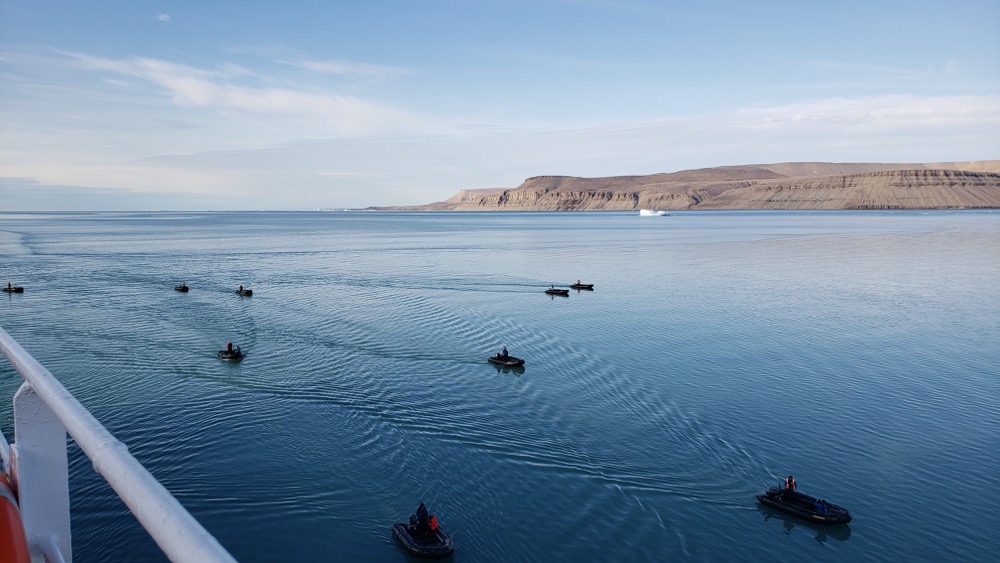 The zodiacs preparing to transport us to our day's landing site.

This Trip Was Amazing! 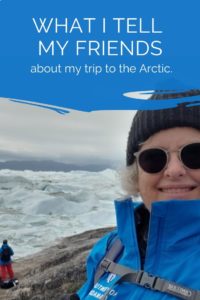 I sit in my back yard writing this and feel that it is very small. Almost cramped. There are fences on either side, other houses and tall trees. I am very lucky to live in The Beach area of Toronto. I have the lake nearby which I take full advantage of. But in my back yard, there is no horizon. At the beach, there are many people. Overhead planes go by.

What I miss most is the expanse of the Arctic.

But, naturally, there was much more to this trip. Friends wanted to know what the experience was like so I thought I'd share it with you as well.

And, because a picture tells so much, here are photos from this trip to the high Arctic. Please see the other posts for more. 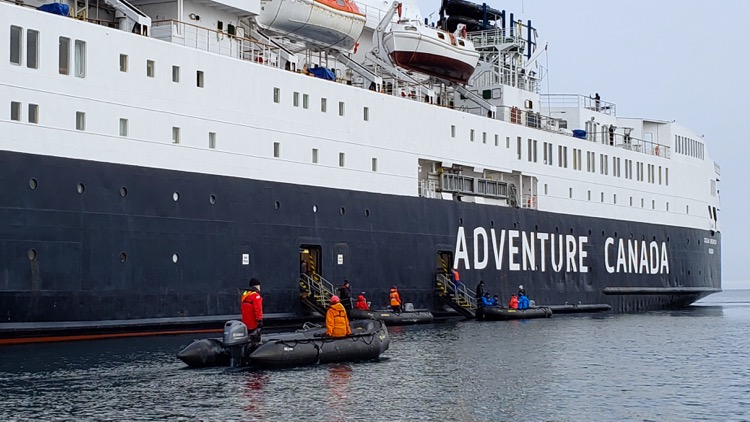 To navigate Arctic waters a ship has to be ice-worthy. Not ice-breaker quality but able to handle light ice. 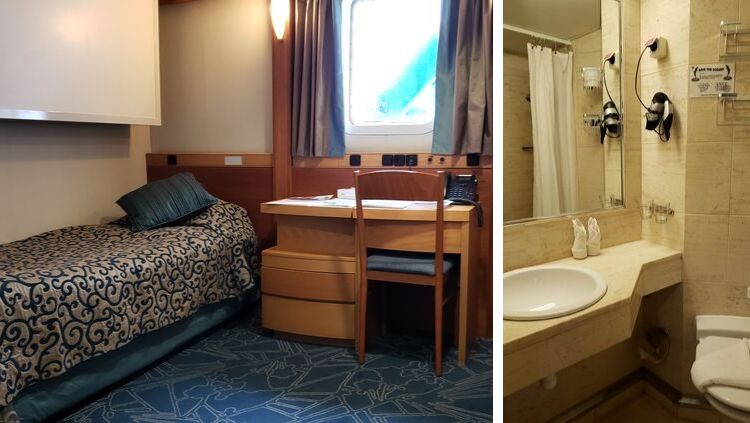 My cabin actually had two beds in it though it was available as a single. The bathroom was small but very functional with the right amenities. 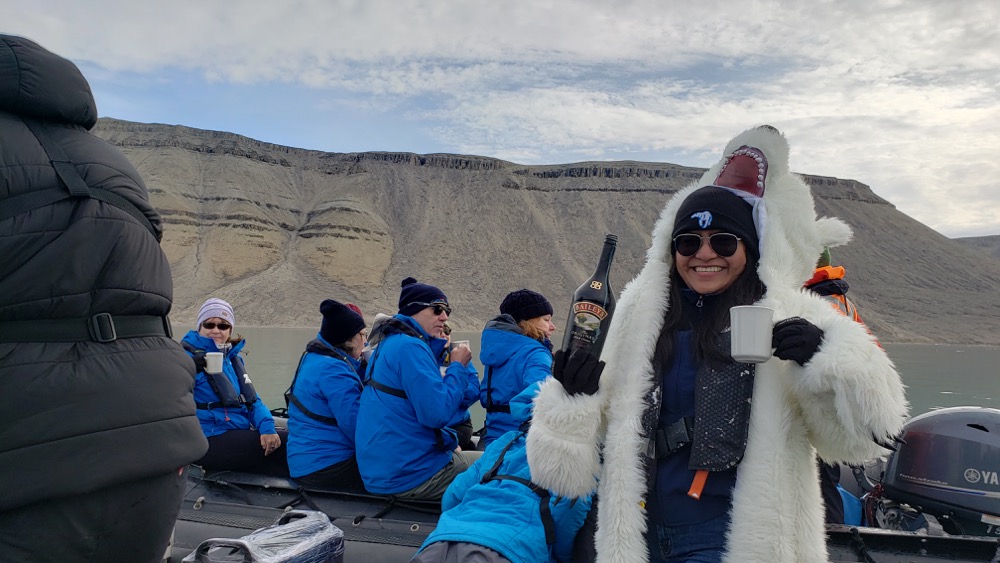 Safety first on ship and on the zodiacs. But that doesn't mean you can't have a little Baileys in your coffee. 🙂 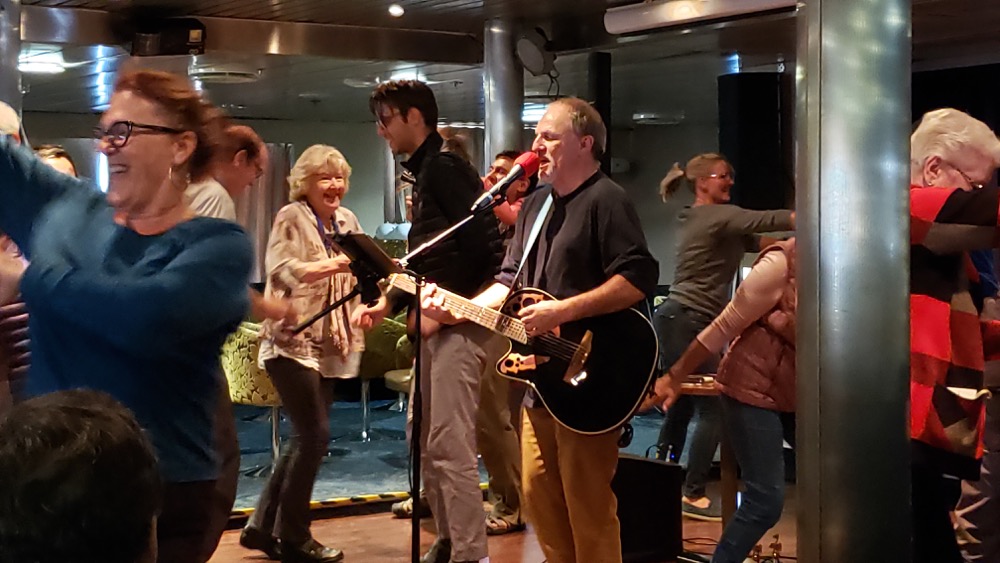 Every evening was a lot of fun. Tom Kovaks was the musician extraordinaire that got everyone dancing with his voice, energy, and guitar. The woman in grey to the right of Tom is Cedar, the CEO of Adventure Canada. 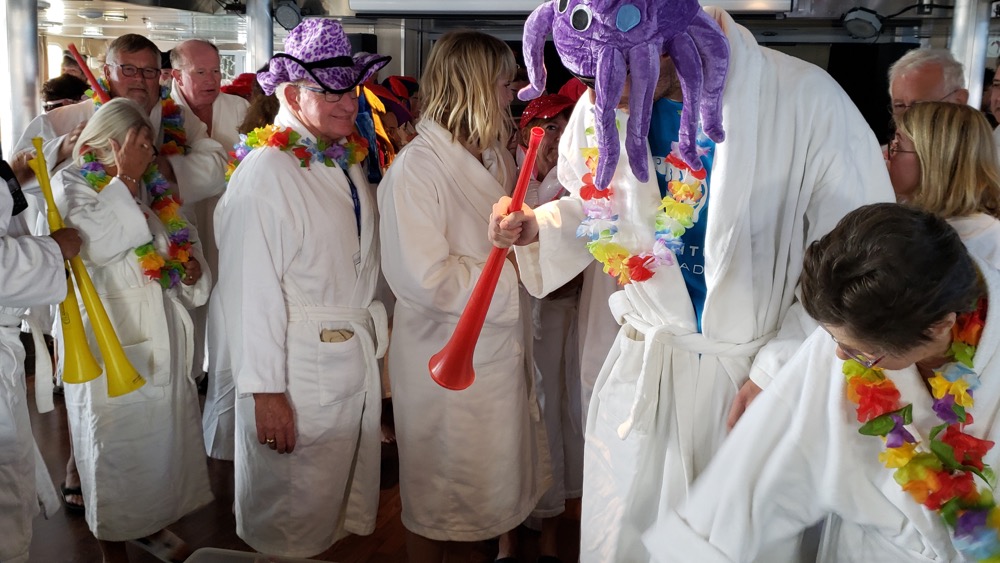 Preparing for the polar bear dip. 80 participants had been the previous record. If exceeded, Brian, of the expedition team, promised to do the dip in a g-string. Which he did. And then, to take it all further, the g-string was auctioned off at a fundraiser. It drew $150 for Students on Ice and the Quebec Labrador Foundation. 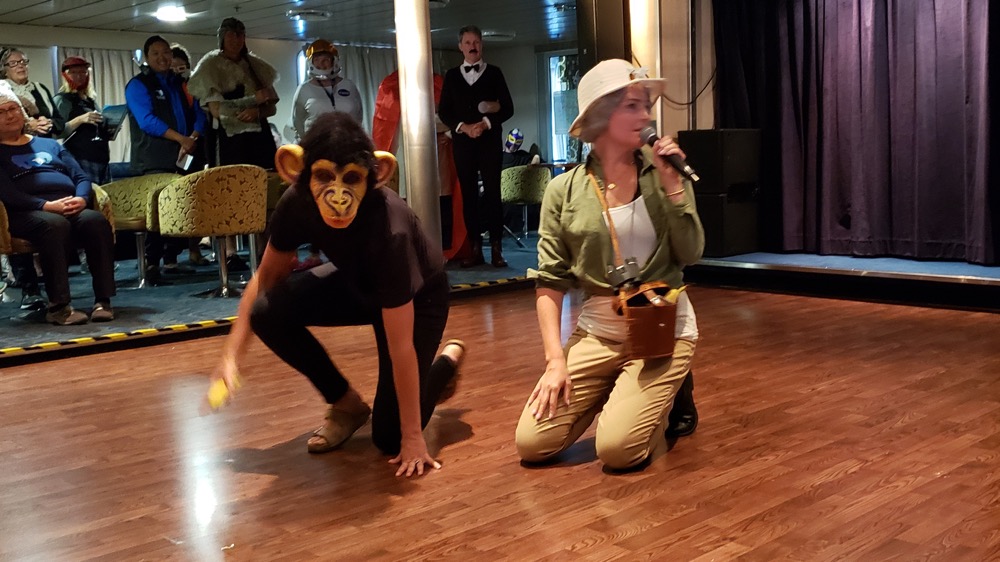 Dress up like your favorite explorer. Here a mother and son team perform as Jane Goodall and one of her chimpanzees. 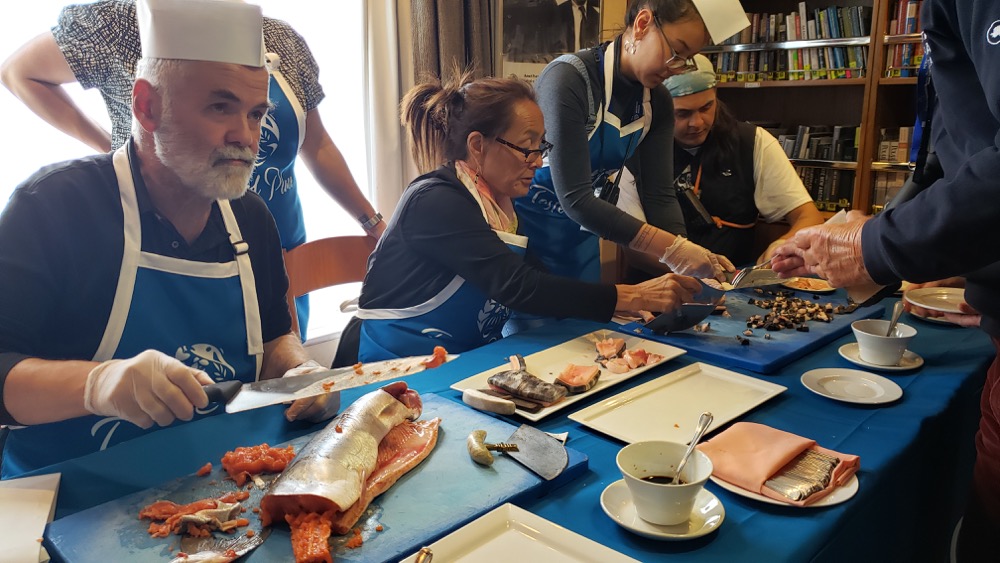 On board ship were lectures and other special events. This was a tasting of Nunavut country food which is food from the land and sea, eaten as the Inuit would, raw.  John, Martha, and Robert are serving. 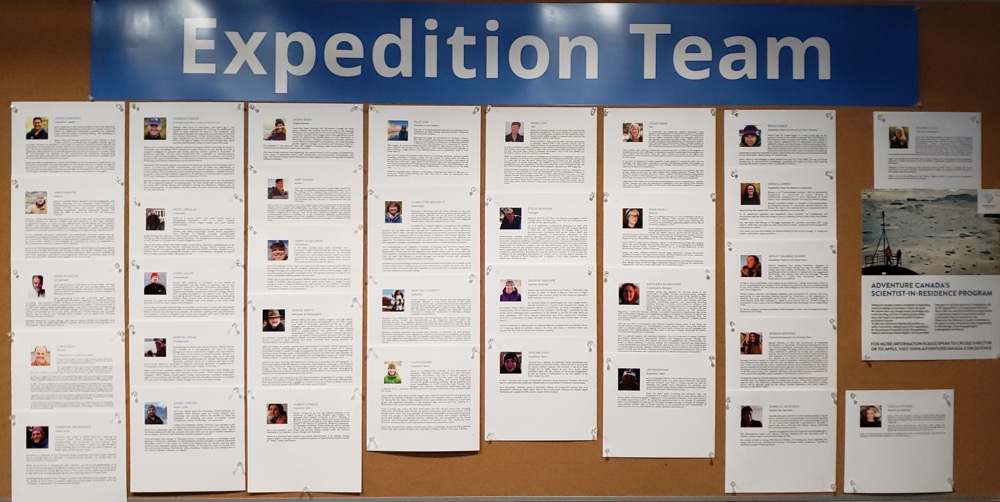 Our expedition team was extensive with individuals chosen for their skills and expertise.

This trip to the high Arctic was sponsored by Adventure Canada but, as always, the views and opinions are my own.