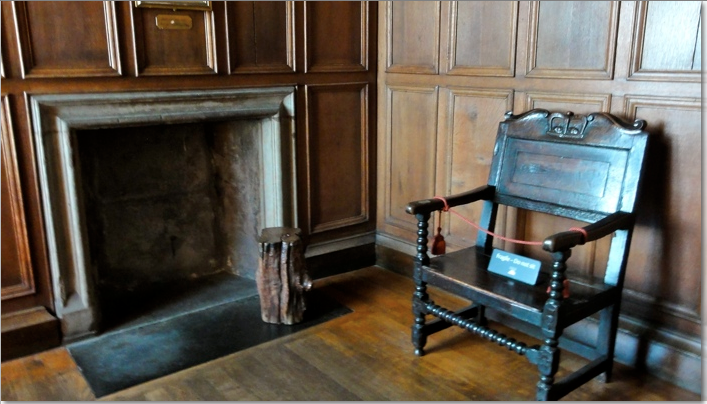 How long have people been making their mark with graffiti?

And, to my surprise, there was no more respect for the object of the graffiti in the past than there is today. (Please note that I do not include here, graffiti as art.)

The case in point is the birthing room of Mary Queen of Scotts.

Who was the Victorian Who…

Many regular readers already know that I like history. A bit about me that I think is new is that, before my husband's illness, I was a doula. This is a woman that supports other women through childbirth – not medically, but in other ways. So, put these two together and you can imagine that I spent some time in the birthing room where Mary Queen of Scott bore James VI of Scotland who later became James I of England.

As presented, it's a small room without any luxuries. I'm sure the Queen would have had some at the time with all her ladies in waiting. The fireplace was certainly large enough to keep the room very warm. There's a window that overlooks the countryside. The birthing chair looks horrible.

During my imaginings of this time my eye was caught by something carved into the wood above the wainscoting. It was barely noticeable but there it was. I went to check with someone. I could only find a custodian but he had been working there for many, many years so, out of curiosity, he came in with me to have a look. He actually touched the walls which I would never have done. And, he proclaimed, yes, that's carved into the walls and it looks like it was done in the early Victorian age.

Once outside the building I found a tour guide to query on the matter. She confirmed that the English did not always visit Edinburgh Castle with great reverence and that someone or many people carved their names in the birthing room. The only thing that is clear is that it happened in 1818. I found it intriguing.

What small details of culture or history have you discovered on your travels that intrigued you? 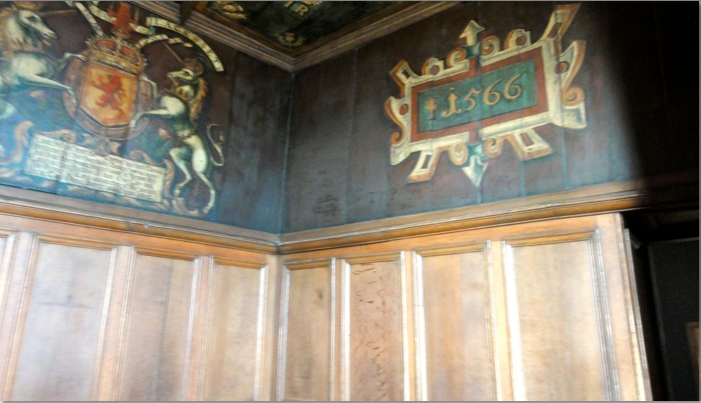 Up there, in the corner, you can see the graffiti. 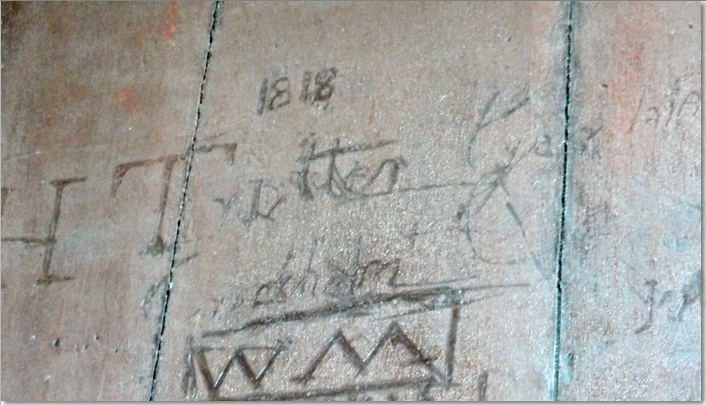 And here's a close up.