You are here: Home / How to Travel Alone / Western Canada Itinerary: Top Things to See and Do 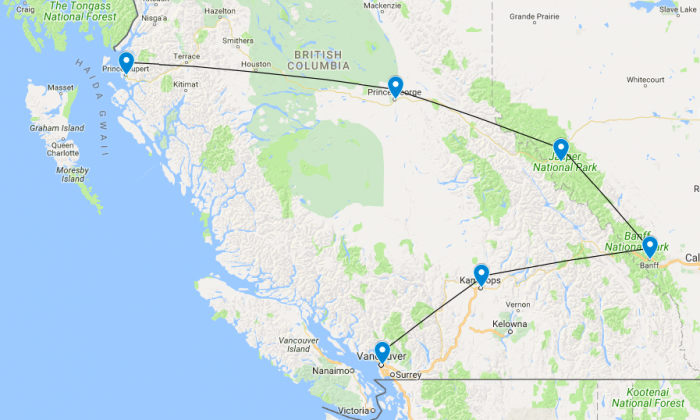 My western Canadian itinerary began in Prince Rupert and ended in Vancouver.

I’ve been referring to my western Canadian itinerary as my Grand Western Swing.

The trip started in the far northwest of British Columbia, went east to the eastern edges of the Rocky Mountains in Jasper, south from there along the Icefields Parkway to Banff, then back west again to almost the southwestern most tip of British Columba.

Did I have enough time on this trip?

No. With the exception of a career break of 10 months, when have I ever felt that I had enough time traveling?

But was it a great trip? Did I learn lots? Was I exposed to new cultures, people, geography, and history?

Absolutely, on all points! It was fantastic!

Now, it’s time to report on this trip. I’m starting today by giving you my:

I will follow up with articles on specifics for each stage of the trip. 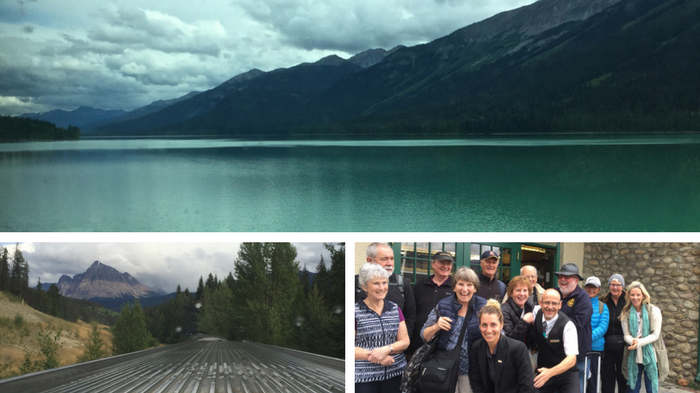 Snapshots from the Via Rail train from Prince Rupert to Jasper.

I would have loved a couple of extra days for this trip but the train schedules were a roadblock for me. You see, both the Via Rail train and the Rocky Mountaineer only travel on certain days. The way their schedules work, I would have had to add four or five days to my time away and I just didn't have it available. Hopefully, you have the luxury of more time than I had. Here's my Western Canada itinerary. 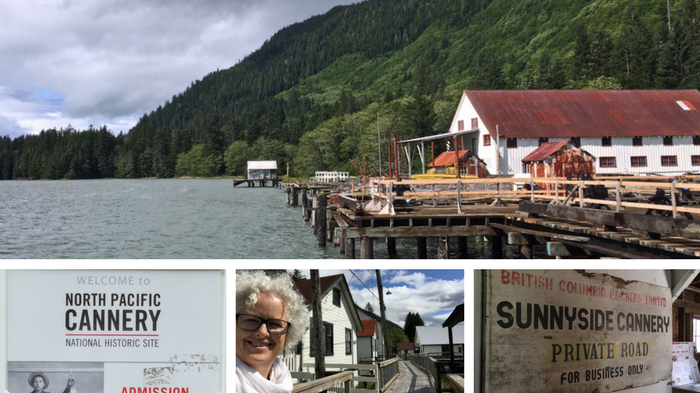 More to See in Western Canada and an Alternative Itinerary

While I was certainly happy with my itinerary, if I were traveling for a month I would do more. There were great temptations along the way and times when I had to think about how lucky I was to be where I was, doing what I was, and remind myself that to leave wanting more is actually a good thing. 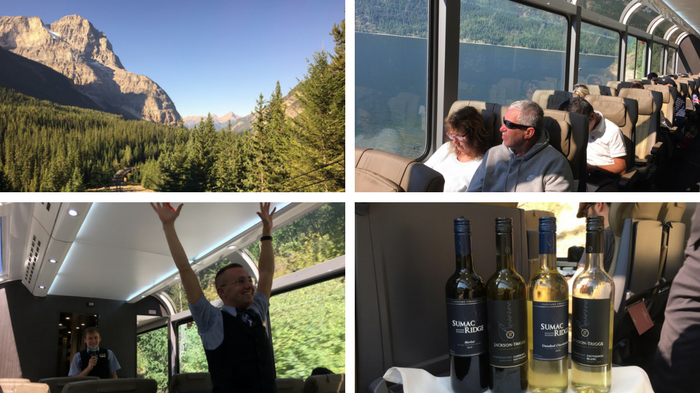 My Top 12 Things to See and Do in Western Canada

My Top 12 Things to See and Do in Western Canada is a result of this trip, other trips, and having lived in Vancouver for a couple of years. So, it covers more territory than the trip I just took. 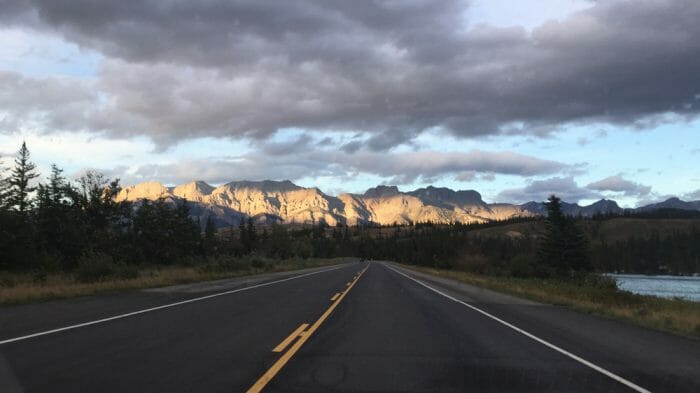 Drive North of Jasper to Hinton, Alberta which is outside Jasper Park and therefore, somewhat less expensive.

Travel Budget for 12 Days in British Columbia and Alberta

The prices below are in Canadian dollars and exclude taxes.

Total for transportation and accommodation:

Of course, doing both of the above would result in other costs but they would likely be much less. 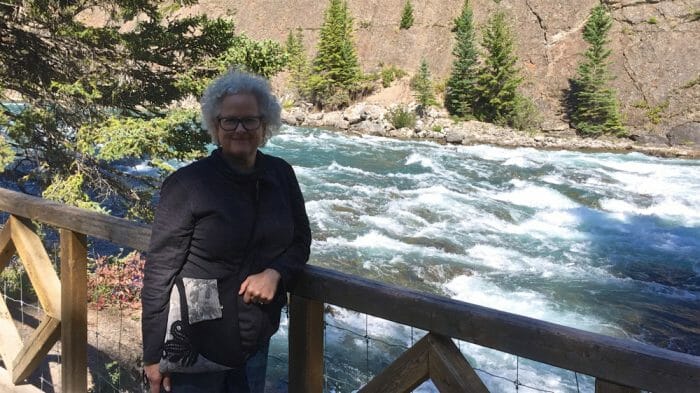 At the Bow Falls in Banff.