You are here: Home / Solo Travel Destinations / Asia / Who are the Most Hospitable People in the World? 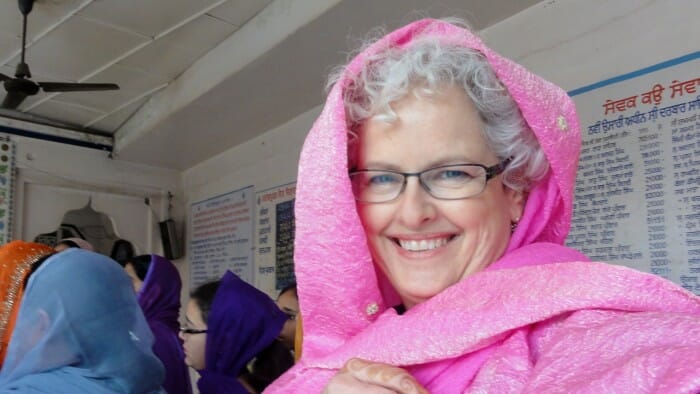 Here I am in the pink suit given to me for the wedding.

Who are the most hospitable people in the world?

No one can answer this question definitively but if asked to put forth a nomination, I'd suggest Indians.

I could support this with many stories but here I will offer three.

“Come to my brother's wedding.”

Before leaving for India, I met Jackie, the owner of India Village Restaurant in Ancaster, Ontario. As I was finishing my dinner with a friend she came to join us at our table. It wasn't long into our conversation about my upcoming trip that she stopped everything and asked me to join her on her trip home to her brother's wedding. I accepted the invitation immediately. What an opportunity and what hospitality.

We flew into Delhi. After a three hour drive to Jackie's home town of Amedgahr, we arrived in the middle of a pre-wedding party. The back lane to their house had been transformed into a disco, dance floor, loud Indian music and all. I was grabbed by the young girls to dance with them. Next I was taken upstairs so that Jackie and her sisters could decide what I would wear to the wedding the next day. I was given a beautiful pink suit. But more, then I had to have my arms hennaed for the wedding. Sleep was possible only around 2am and we were up for 6 to be ready to leave for 8am.

The wedding was a full day affair and deserving of a post itself (to come). For the next four days I enjoyed hospitality at every turn. I was treated like royalty and could not lift a finger to help. I met neighbors and relatives. I celebrated with them and enjoyed the banter and cajoling of the family without understanding a word.

After telling this story to others, I have learned that it is not uncommon at all to be invited to an Indian wedding despite not knowing the family. Everyone is welcome. That's hospitality. 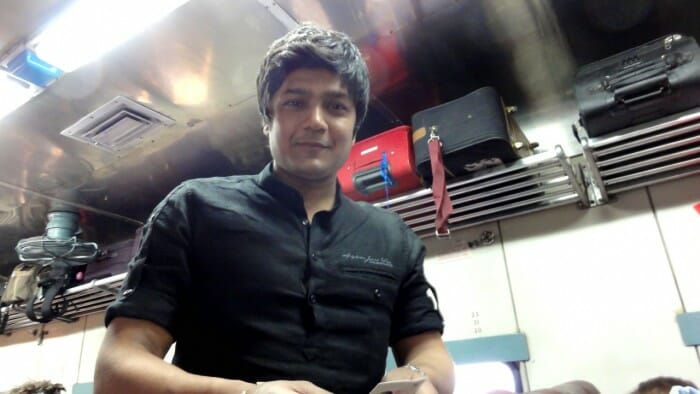 "But you are our guest!

“But you are our guest!”

“But you are our guest” is a statement that I heard frequently in India where hospitality is shown in many ways.

On the train between Pushkar and Udaipur I was traveling with a woman from the UK. Our seats were separated by one row so, as is common in India, I moved into the single seat beside her knowing that the single person who was assigned it would be just as happy with the one assigned to me. And he was.

However, when he went to claim my seat a woman was sitting there who refused to move. I'm sure he would have been happy to sit in her seat except that it was on another car so he could not get to it. I stood up to help but the young man refused. “You are our guest. Please sit down. I will take care of this”, he said.

Well, despite getting the conductor involved, the woman did not move. I am sure that if I was the one out of my seat the conductor would have made arrangements for both of use but the young man would not allow me to get involved.  The result, the young man stood between the cars for the entire trip. 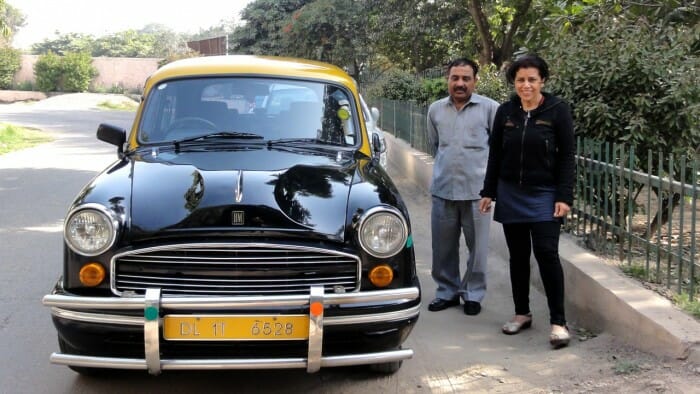 I fell into the arms of angels. (Madhu is on the right.)

Adopted on an Overnight Train

Like bookends to my trip, my final 24 hours in India featured hospitality similar to my first 24. I was leaving Rathambore on the overnight train to Delhi. On the platform, waiting for the train at the exact location where my car would arrive (see 32 tips for traveling India) I met Madhu and Harpreet, sister-in-laws who had enjoyed a weekend getaway together.

After chatting and exchanging our stories, the train arrived. By that time, I was adopted. They helped me find my berth, made sure that I got all the linens and even made my bed for me.I texted a friend back home that “I had landed in the arms of angels.”

In the morning, our train pulled into Delhi at 5 and, because I had had no Internet access for 6 days, I didn't have any arrangements for my arrival. My backup plan was simply to stick it out in the train station until a reasonable hour for exploring the city — but that was unnecessary. I went with them and their driver to the home of Madhu, I was given tea and a bed was made for me to have a nap. At 9am, they woke me for breakfast. We enjoyed chatting and learning about each other. Then they found a driver for me for the day. I went out and saw Delhi before going to the airport that night.

Who do you think are the most hospitable people in the world?

I am sure that there are other places in the world as hospitable as India but I have not yet found them. Certainly, no western place is as welcoming – hmm, with the possible exception of Newfoundland.

Who do you think are the most hospitable people in the world?