You are here: Home / How to Travel Alone / A Blues Highway Itinerary by Train 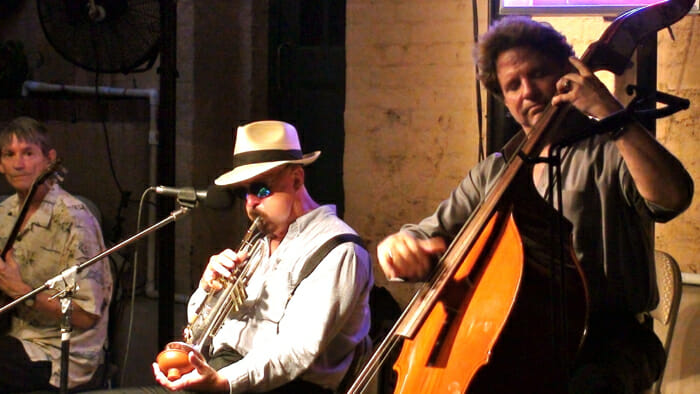 I went to as many clubs as possible on my trip down the Blues Highway. These fellows were playing in a courtyard off Bourbon Street.

My first trip as a travel blogger was way back in 2009. I traveled the Blues Highway by train.

My brother has frequently been at me to write up this solo travel itinerary so that others can enjoy it without doing all the planning.

I had thought that it was too late. Too much time had passed and the information would not valuable to you. But thanks to submissions from readers to both the Solo Traveler Accommodation Guide and the Destination posts it can be done properly.

Yes, I am finally getting around to providing my Blues Highway itinerary. 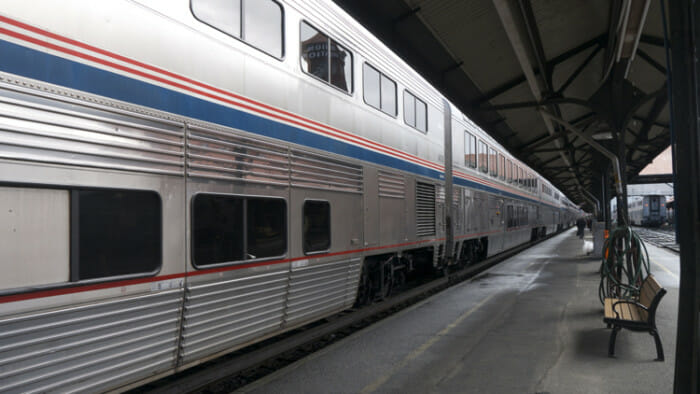 Click on the image to see all the stops made by Amtrak's train 59.

The City of New Orleans is the name that has been given to    Train 59 which runs from Chicago to New Orleans and, of course, back again. I traveled from north to south after getting myself to Chicago by train. I flew home from New Orleans.

As you can see from the list, the train has many stops along the way. I only had nine days (two weekends plus the Monday to Friday in between) so I chose to make two stops between Chicago and New Orleans, in Memphis and Jackson. If you were to make the trip non-stop, it’s a  19-hour journey. I would definitely recommend stopping in Memphis. I would consider Jackson to be optional. Train 59 has a Dining Car and a Cafe Car and runs seven days a week. You can download the city of New Orleans Route Guide here.

Here's my recommended itinerary. Look below for where to stay and what to do.

Jackson – Spend 1 night (1 day) and then take the train to New Orleans. Departs Jackson at 11:20am. Arrives in New Orleans at 3:32pm. If you have more than nine days, spend an extra day in Jackson, rent a car and follow the Mississippi Blues Trail.

New Orleans – Spend 2 nights (3 days) and then fly home late on your day. 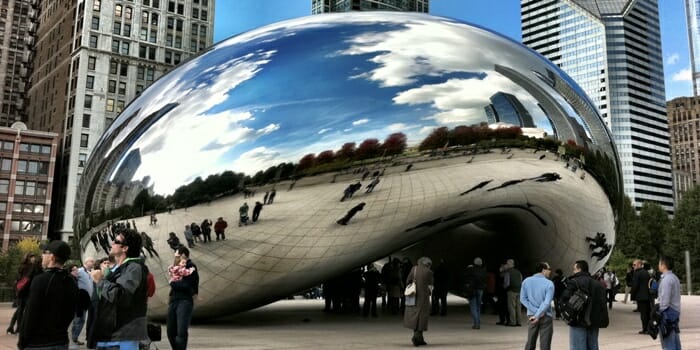 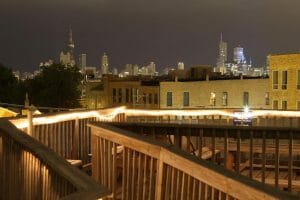 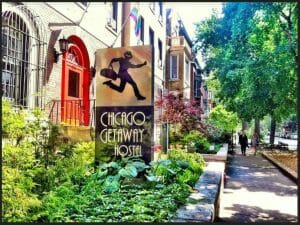 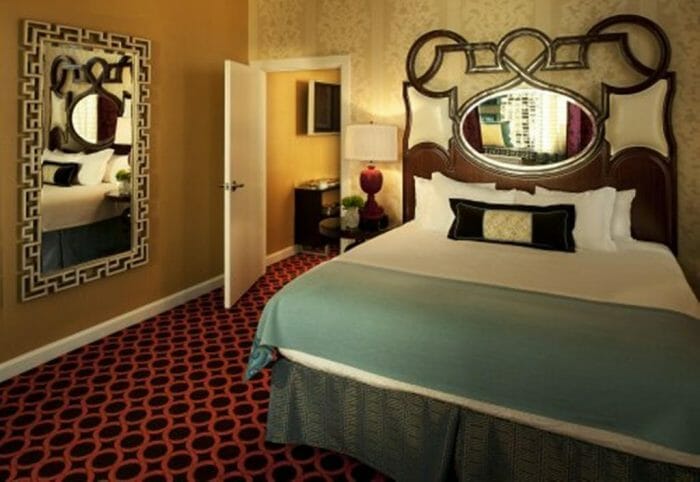 Get to Chicago as early in the day as possible so that you have as much time as possible in this fantastic city.

I stayed at the Hotel Monaco on Wabash Ave. It looked like a typical boutique hotel in the lobby but when I got to my room I couldn’t believe it. It was theatrical, full of reds and golds, with unusual accents. When I opened the drapes to see what kind of view I had, I discovered a huge window seat overlooking the Chicago River. For budget options, readers have suggested IHSP Chicago Hostel and Chicago Getaway Hostel.

Where to Find Blues and Jazz. 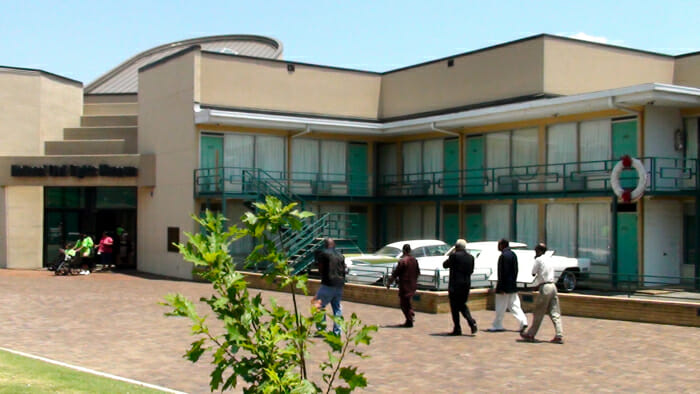 I stayed in a magnificent mansion B&B that is now closed. So I've done some research for you. Depending on my budget, these would be my choices.

Where to Find Blues and Jazz. 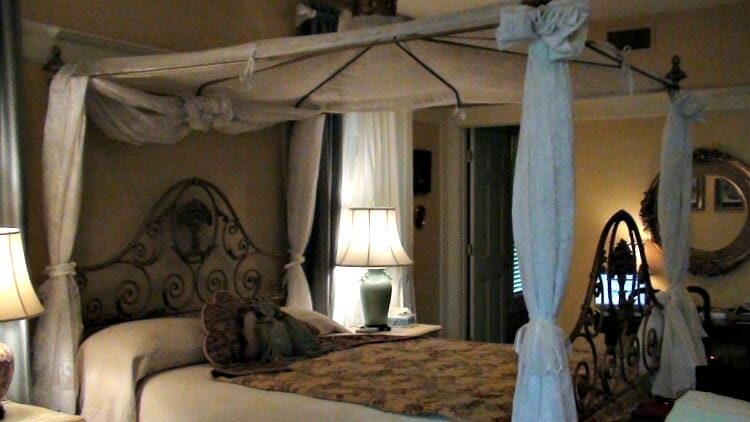 My beautiful room at The Fairview Inn in Jackson, Mississippi.

One Day in Jackson, Mississippi

I don’t usually go to bars every night of the week so by the time I got to Jackson I was getting tired. I took a day off to relax and The Fairview Inn was the perfect place. When I asked for recommendations for a Blues club everyone from the cab drivers to the innkeeper suggested 930 Blues Café. And it was my favorite of my entire trip. Unfortunately it's now closed. So I called the Fairview Inn to find out where they are now sending their guests for great live music. The answer is below.

If you follow the itinerary above, you'll arrive at 3:30pm one day and leave the next at 11:20am. That's not a lot of time. You could take this day as a quiet day as I did or you could take in the following.

Where to Find Blues and Jazz 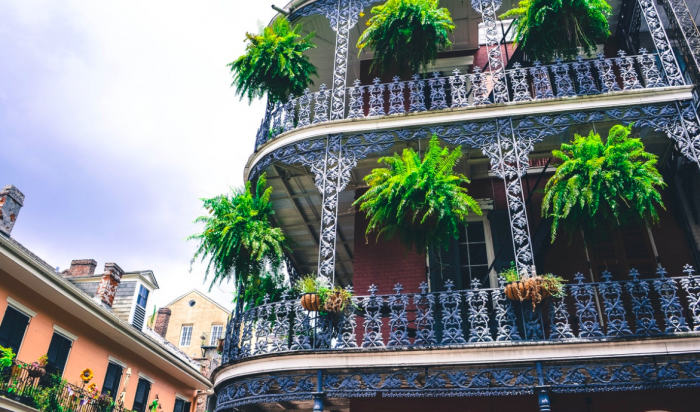 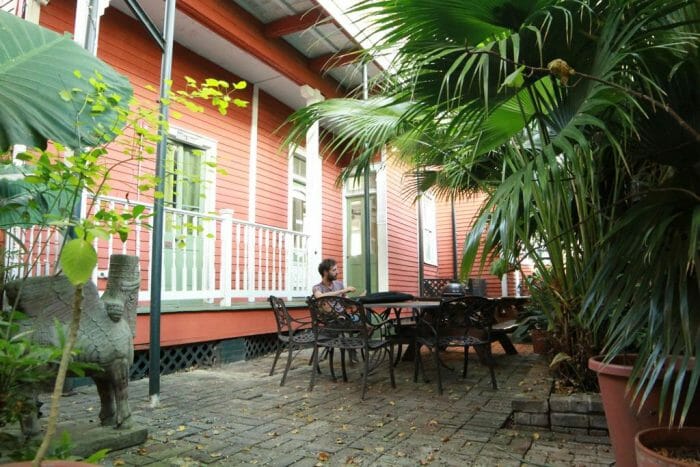 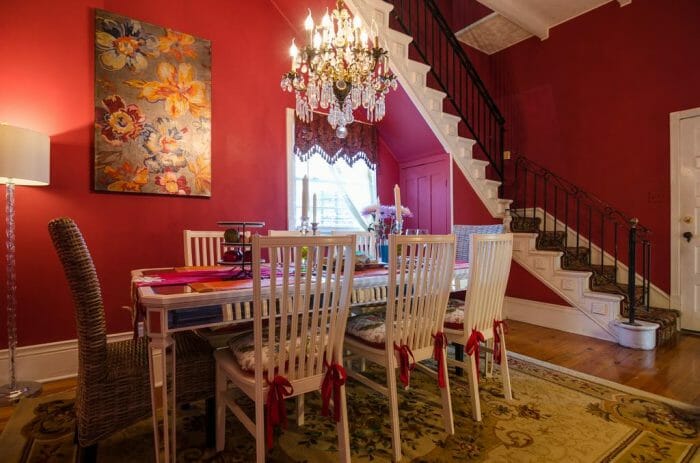 Where to find blues and jazz.

I finally did find one place I loved on Bourbon St.: Irvin Mayfield’s Jazz Playhouse at the Royal Sonesta Hotel. It was my one exception to the seedy bar scene. I enjoyed great jazz in an upscale club where I had a bite to eat and two drinks for under $30.

What's Missing? Restaurants and Where to Eat

As I said at the start, I made this trip in 2009. That's too long ago to be able to suggest restaurants and the like. Perhaps you can make recommendations in the comments.