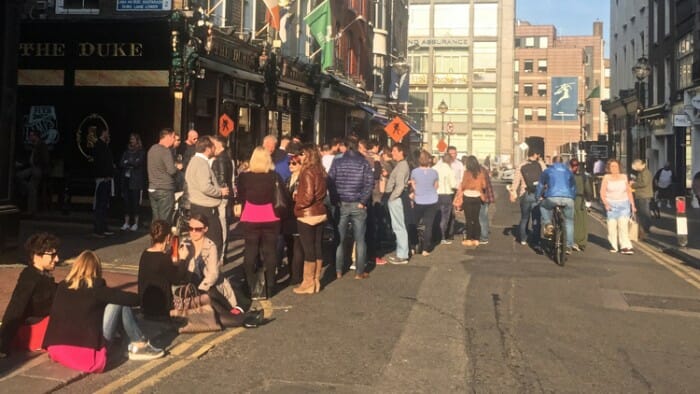 The good weather in Dublin brings everyone out with their Guinness. This is in front of The Duke where the Literary Pub Crawl starts.

As one would expect, Dublin is a fun town with pubs everywhere prompting the natural Irish gift for storytelling – it's good craic (see below for meaning).

As the capital of Ireland and the center for its historic struggle for independence from Great Britain, Dublin is also a city with a serious history.

The third thing that struck me about Dublin is that it is an extraordinarily literary city. From Joyce to Yeats to Wilde to… the city has produced an amazing number of exceptional writers.

But Dublin is not a cheap city. It struggled after the 2008 recession but it is bouncing back. In the news when I was there was the skyrocketing cost of renting an apartment. So for this 32 Tips post I offer you a variety of free and low-cost advice for Dublin. 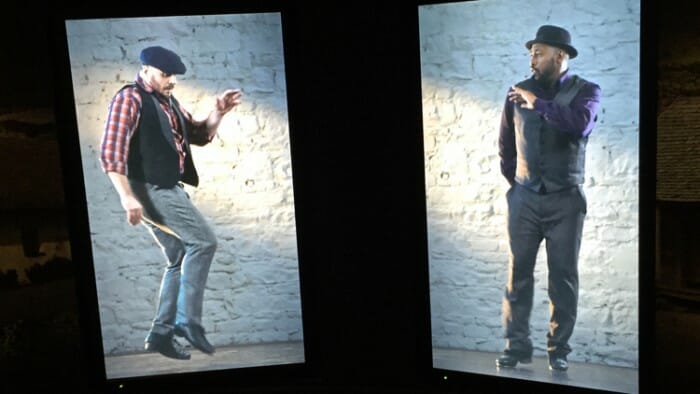 It's hard to show this museum in one representative photo. In this one we have an Irish dancer on the left and an American dancer on the right. It is actually a photo of a video showing how Irish step dancing influenced American tap.

My Top Tip for Dublin

This is the first time that I've had a Top Pick for one of our destinations but I was so blown away by Epic, a museum that opened this spring, that I couldn't let it get lost in a crowd of other tips. 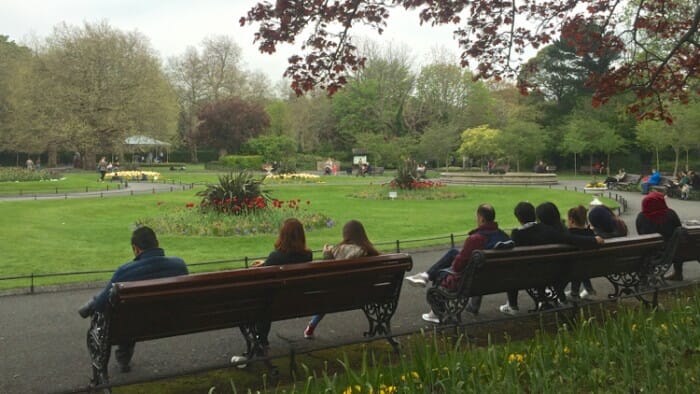 The Best of Free Things to Do in Dublin 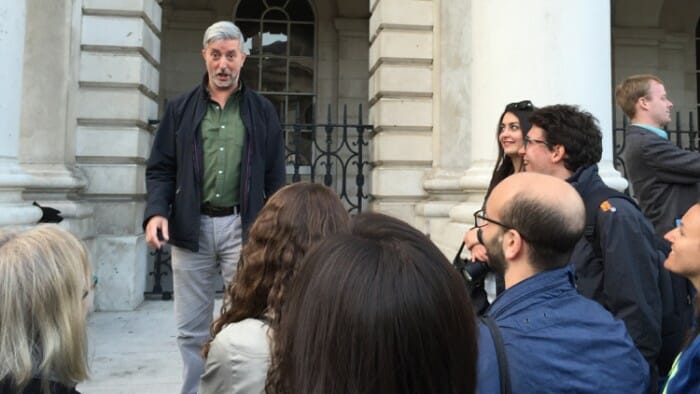 On the Literary Pub Crawl.

What you Need to Know About Dublin 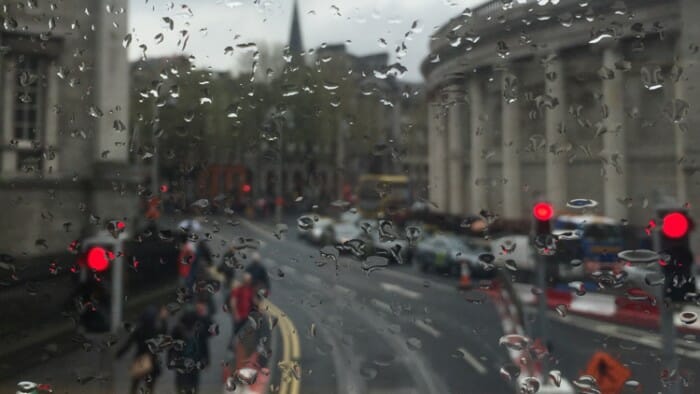 A hop-on, hop-off bus is perfect for a rain day in Dublin.

Where to Stay and Eat in Dublin 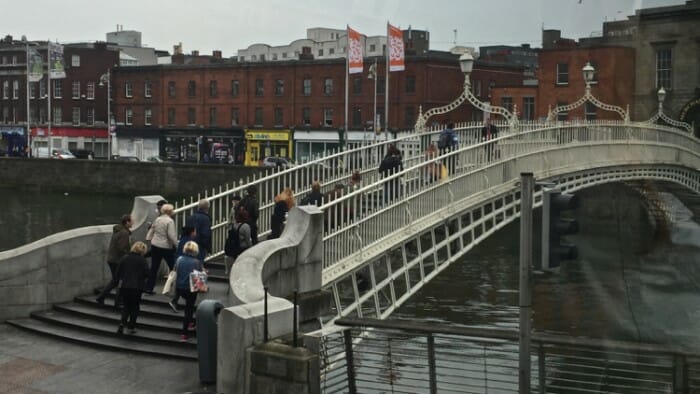