You are here: Home / How to Travel Alone / The Pleasure of European Train Travel 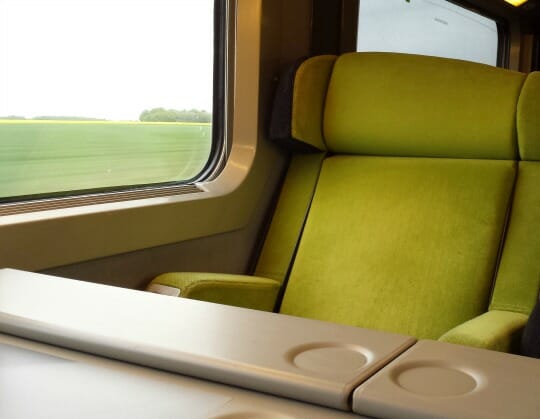 The seats on this train to Bordeaux made it easy to both work and enjoy the view.

As I write this, I am on a train, somewhere between Toronto and Windsor, heading off to explore the food and wine of Ontario’s Southwest. In the last year, I have taken more trains than in the previous 10 years combined.

Last summer, I was lucky enough to take a 2-day trip from Vancouver to Banff on The Rocky Mountaineer, which is a luxurious, once-in-a-lifetime tour in Western Canada. Today, I am trying out Business Class on VIA Rail for the first time because I happened upon a great sale and was able to purchase my seat for the same price as regular economy fare.

But this spring, I took trains in Europe for the first time. I had a Eurail Global Pass, which allowed me to travel up to 10 days over a 2-month period. It was fabulous! As airline travel becomes increasingly more uncomfortable, offering less space, fewer services, and more ancillary charges in exchange for higher ticket prices, traveling by train – when it’s possible, and makes sense for my route – is now my preference.

I downloaded the free Eurail Rail Planner App to my phone, which made things very easy. It even works offline, for those times when you don’t have access to Wi-Fi. You can look up timetables, view city maps, and determine which trains require reservations. 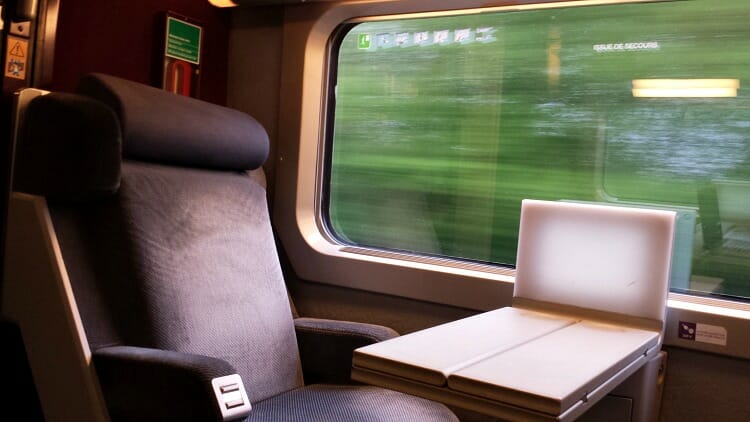 You can reserve single seats on some trains, which is great if you want to sleep or work, undisturbed.

The first leg of my trip was a short one: Hamburg to Berlin. As someone who comes from a country where passengers board trains half an hour before they leave the station, I was very worried that I would miss this one. The ICE train pulls into the station, takes a breath, then pulls out again. Or so it seemed to me. Eventually, I came to understand and admire the stunning efficiency of this system, but on that first journey, figuring out where to stand, where to board the train, and how to find my seat was a bit nerve-racking.

I was seated in a little room with 5 men. Not the worst fate in the world for a single girl, except for the fact that no one said a word for the entire trip, and I didn’t know where to look. So I just closed my eyes and tried to nap. Next thing I knew, I was in Berlin!

I now know that I could have selected my seat in advance, and that single seats are often available. At the time, I didn’t know what I didn’t know (largely because I hadn’t taken the time to read up before booking my ticket). 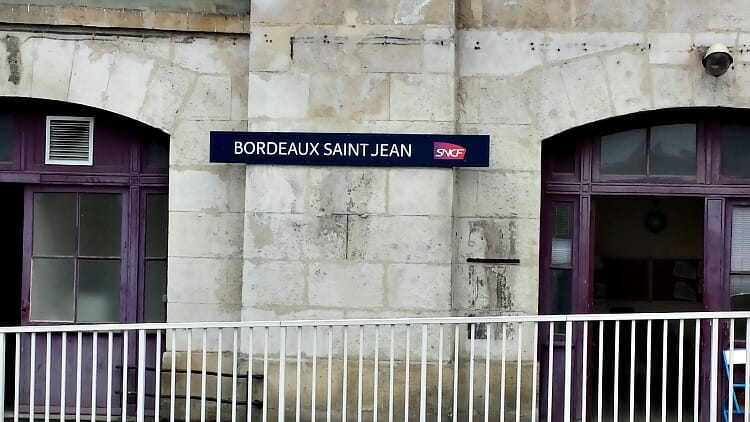 The second leg of my journey was between Berlin and Paris. This 8-hour journey required one transfer at Mannheim. I found it a bit difficult to figure out where to go, and which car to board (again) so I developed a strategy which worked every time, even if it made me feel a bit foolish: I just kept walking up to people wearing uniforms, holding out my ticket, asking, “Can you help me, please?” until someone pointed me in the right direction. I never missed a train, and I always managed to get to the right seat. Eventually.

The final train trip that I took was a bit of a spur-of-the-moment overnight visit to Bordeaux. The French trains operate a bit differently. They may have limited seats available for Eurail Pass holders, some of them require advance reservations, and there is also an additional reservation fee. However, I was able to get seats on the trains that I wanted – on a holiday weekend, no less – simply by going to the Paris train station a day ahead to book them. 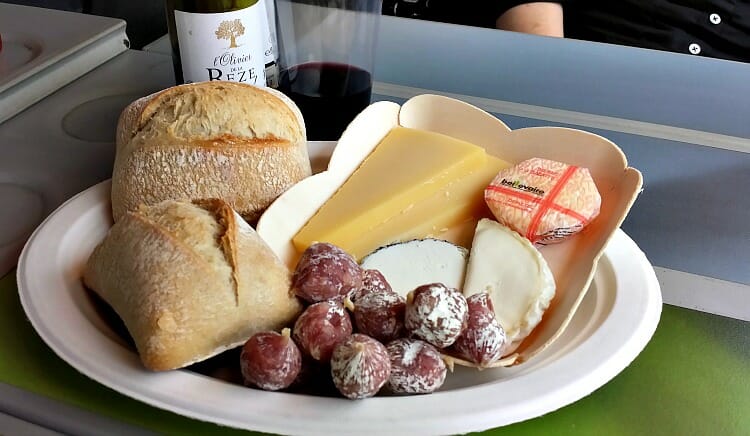 Not your standard train fare (at least not in my limited experience).

The train to Bordeaux and back was such a lovely, relaxing experience. Comfortable seating, accessible outlets for my laptop and phone, large windows from which to watch the countryside unfold, and best of all, French wine, cheese, and cured meat! Not the processed, shrink-wrapped product one might expect from previous travel experiences, but tasty, good quality treats along with fresh bread and decent wine.

Because my overall trip did not go as planned, I did not make as much use of my train pass as I had hoped. Eurail offers a variety of different passes, though, so if you are thinking of purchasing one, you will have many options to choose from, based on where and for how long you will be traveling. I found it convenient and easy to use, and really appreciated and made frequent use of the Rail Planner App. I look forward to more train travel in the not-too-distant future.

Thank you to Eurail for their support on this trip. They provided the pass, but I fell in love with the trains all by myself.