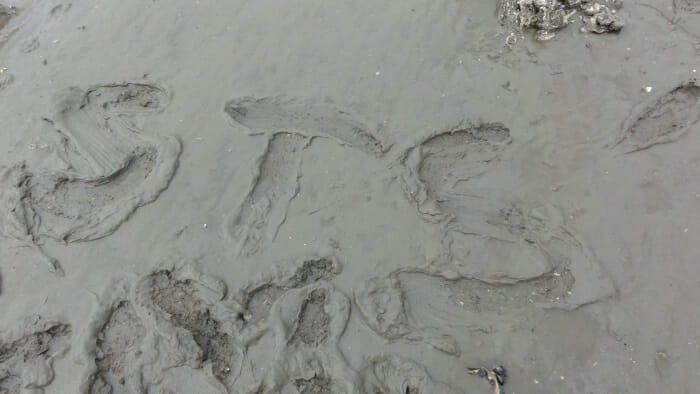 I marked STS for the Solo Travel Society into the mud.

That's what the Wadden Sea has plenty of.

This UNESCO World Heritage Site is know for its mudflats, over 10,000 plant and animal species that live within the mud and the sea and as a crucial stopover for millions of migrating birds.

Wadden Sea runs along the coast from the Netherlands to Denmark and includes a chain of islands. I visited the Wilhelmshaven part of Wadden Sea, north of Bremen in Germany.

Wilhelmshaven is a naval-base town of 70,000 people. The attraction for travelers is the Wadden Sea experience of combing the shallows for sea creatures and digging in the mud for some of the most extraordinary worms I've ever seen. Below are pictures that give you a better idea of a visit there than any description I can write.

If you can, go in October for that is the best time to see the birds that stop there on their migration from the southern points in Africa to east Russia. The sight is supposed to be spectacular even for non-ornithologists. For dinner, check out Pier 24 and Le Patron. I ate at both and the food was wonderful – I had fish, naturally, both nights. 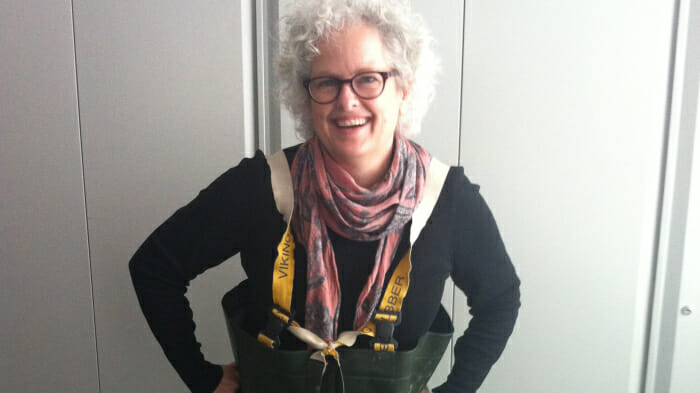 Rockin' the hip waders – a bonus but not a necessity when exploring Wadden Sea. 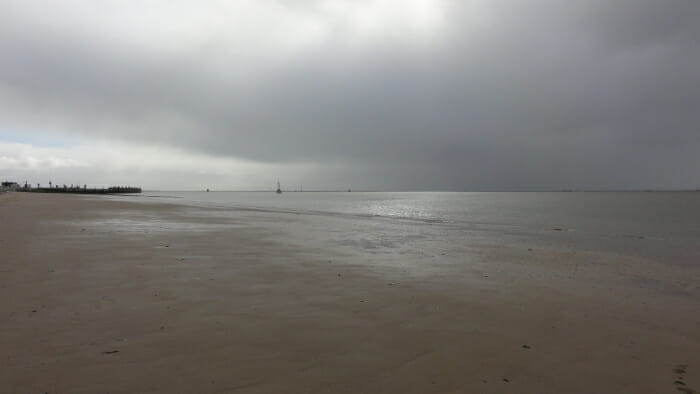 The mudflats seem to go on forever at low tide. 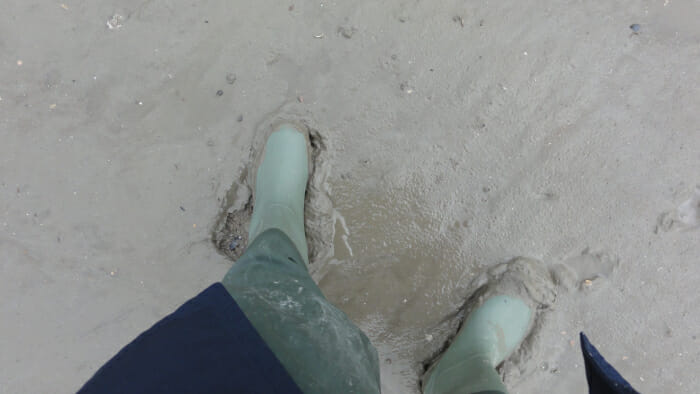 The mud sucks you into it. 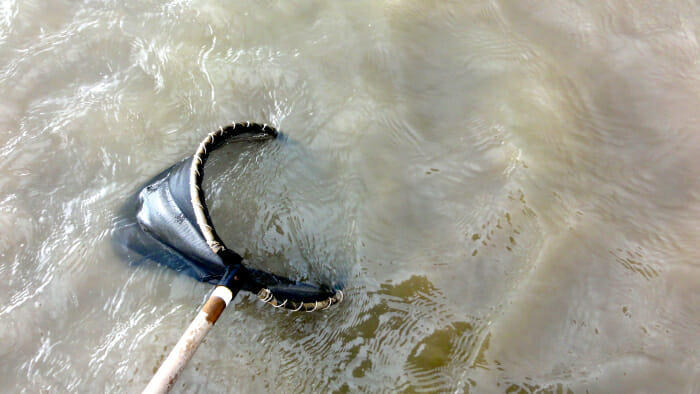 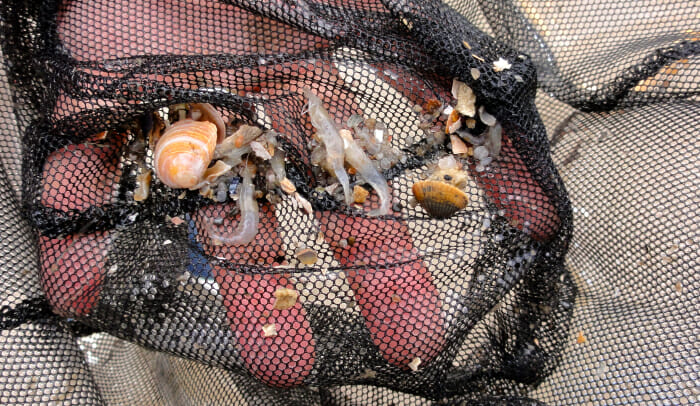 Our catch of tiny sea creatures just by swishing the net in the water. 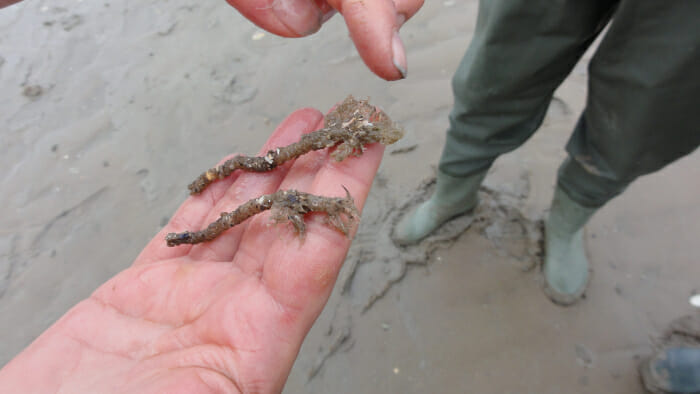 A worm that makes a crusted tube home from the sand – they look like branches with roots. 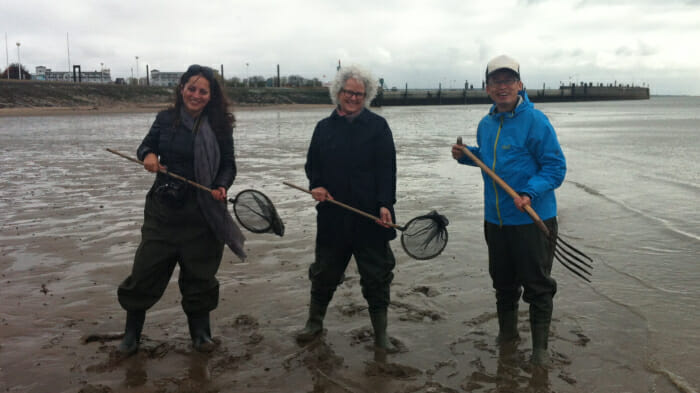 I was there after a blogging conference with two other bloggers. Kate from Adventurous Kate is on the left and Fan, a Chinese blogger is on the right. 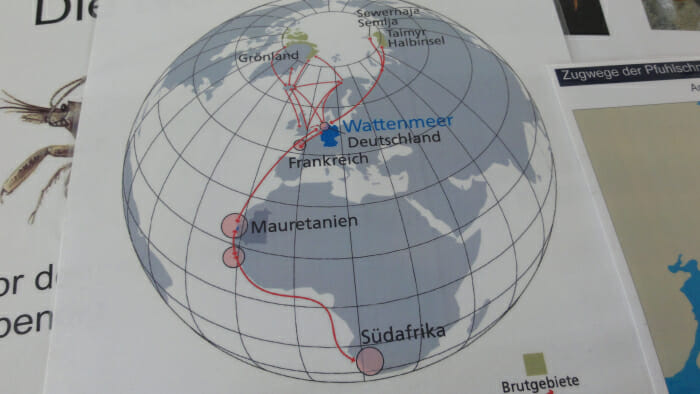 The map of the bird migration. 8,000km from South Africa to Wadden Sea and then they continue on for another 4,000km to eastern Russia. 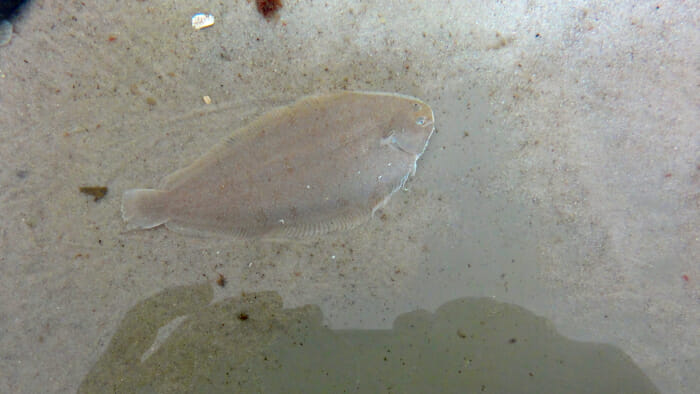 In the Visitor Center they have a number of displays and even a tank to see the fish life that's found in the sea. This is a Plaice fish which you'll see below on my plate. 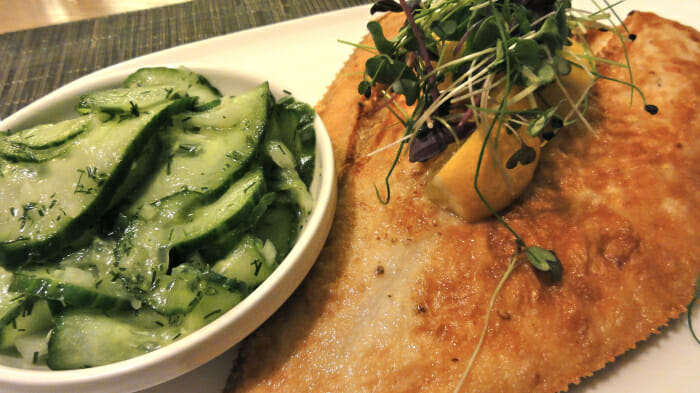 My dinner of Plaice fish at Pier 24. 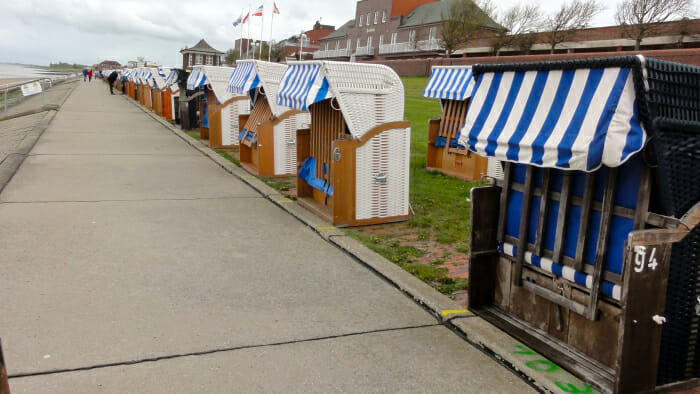 A line of German beach chairs from which to enjoy the beach and be protected from the wind.