You are here: Home / Solo Travel Destinations / Asia / Indonesia / The Magnificent UNESCO Temples of Java: Walk with Me 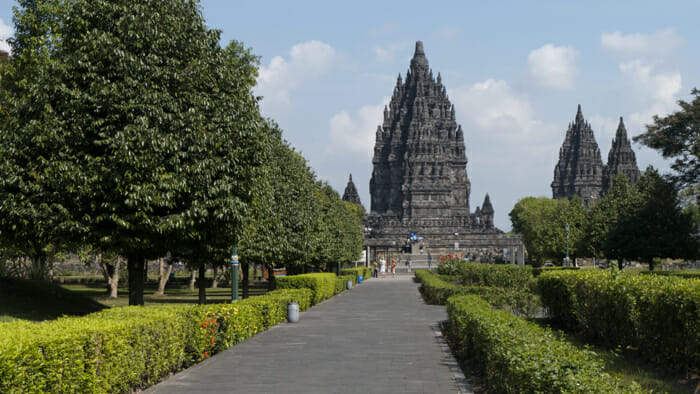 Prambanan is the largest Hindu temple in Indonesia.

Java is home to three UNESCO Cultural World Heritage Sites and I was lucky enough to visit two of the temples of Java on my recent trip to Indonesia.

Borobodur is a ninth-century Buddhist Temple which is considered the largest such temple in the world and Prambanan is of the same century and the highest Hindu temple in the world. The Hindu and Buddhist religions lived side-by-side in Java at this time. Both temples are located 30-40 minutes by car from Yogyakarta.

My trip to Java and Bali was as a guest of Overseas Adventure Travel, a company that supports this blog and solo travelers with the most generous singles policy I know. Come along with me as I explore the temples of Java.

Built in the 9th century, Prambanan was abandoned in the 930s as the court of the Kingdom of Mataram shifted to east Java. The temples collapsed in an earthquake in the 16th century. While it was of interest archeologically from the early 19th century, it wasn't until the 1930s that restoration began in earnest. Restoration continues today. 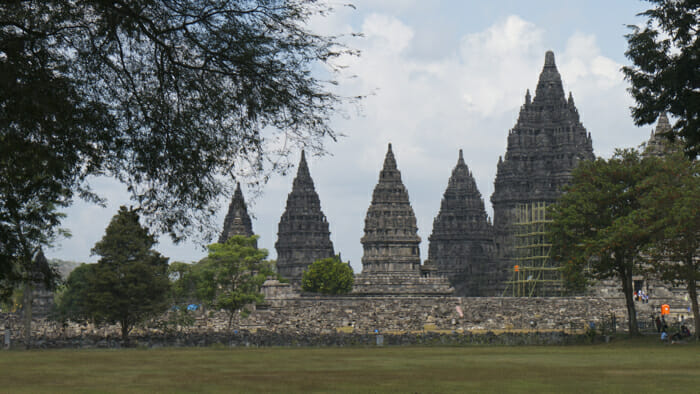 Prambanan is a temple compound dedicated to the Trimurti which includes Brahma the creator, Vishnu the maintainer or preserver and Shiva the destroyer or transformer. 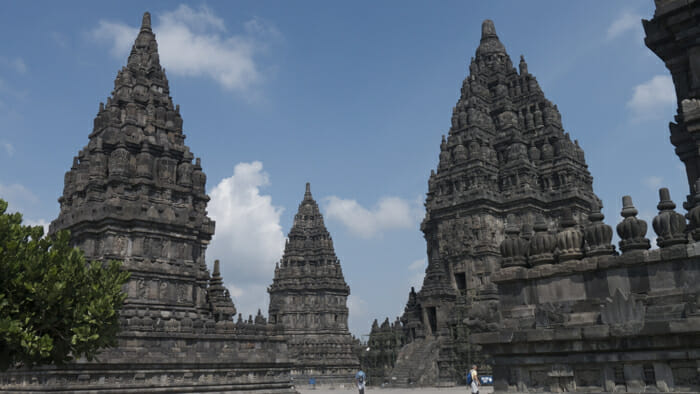 The main Temples of Brahma, Vishnu and Shiva. 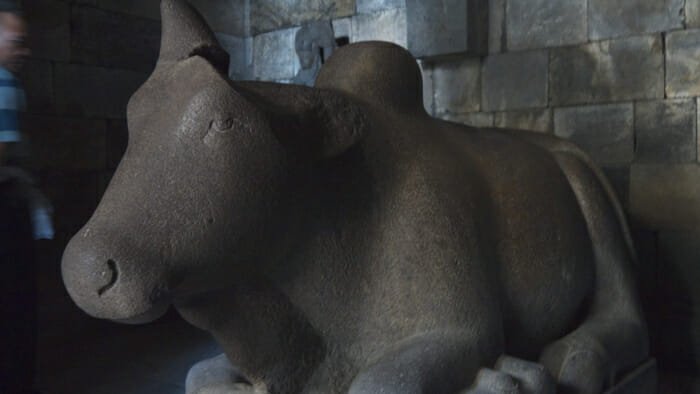 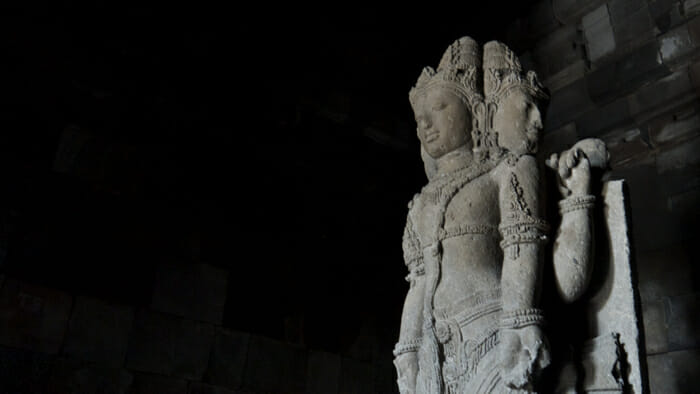 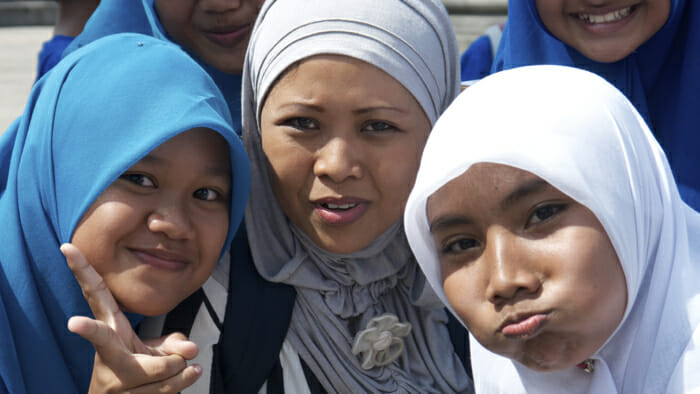 Students were on holidays yet they were doing a special assignment at the Temple by surveying the tourists. It was an opportunity to practice their English and learn about tourism. They were incredibly charming. 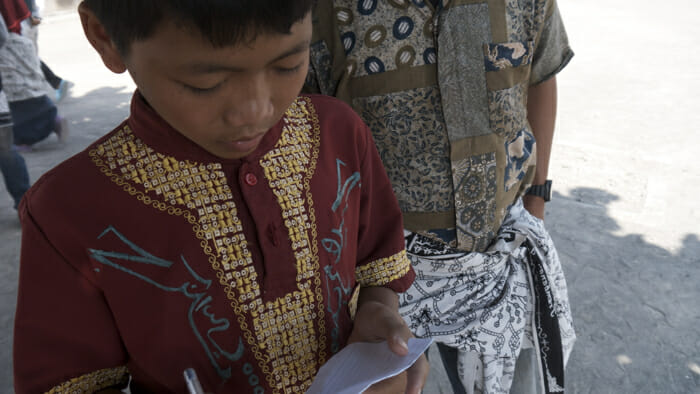 This very serious young boy struggled a bit when asking me the questions. 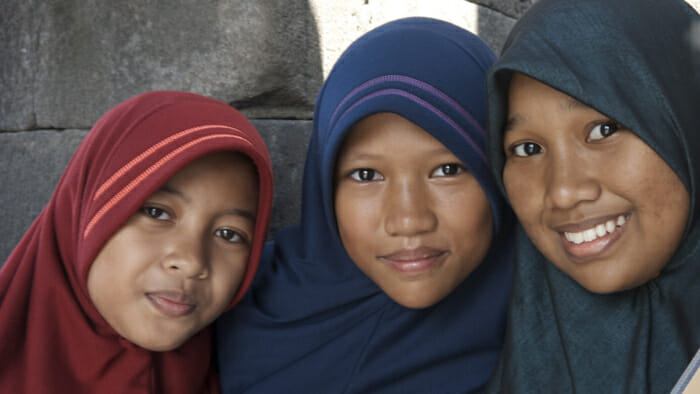 The students were beautiful with a quiet confidence. 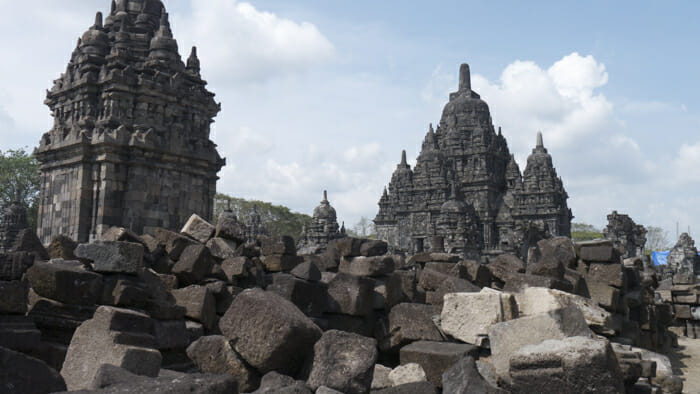 The restoration of Prambanan will have to continue for many more decades to come. These stones represent other temples damaged by earthquakes.

Borobodur is built on a foundation of six square platforms. It is topped by a dome that is surrounded by 72 Buddha statues seated inside stupas. Built in the 9th century, it was abandoned in the 14th century following Java's conversion to Islam. There have been two major restorations of the temple in the last 100 years. 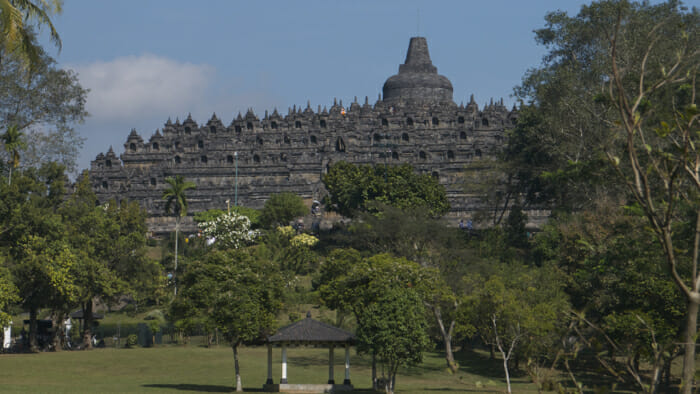 Borobudur from a distance. 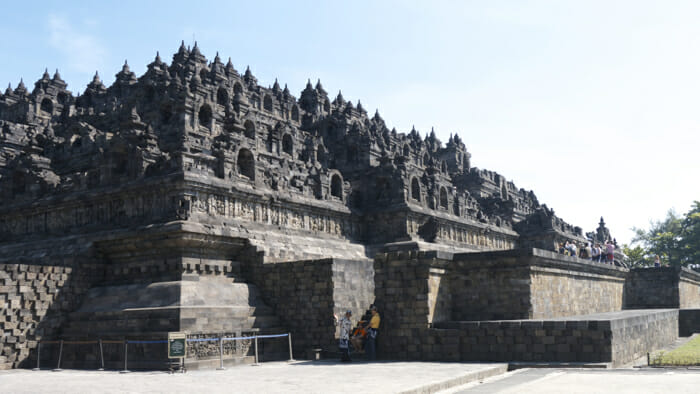 The view from the base of the temple. 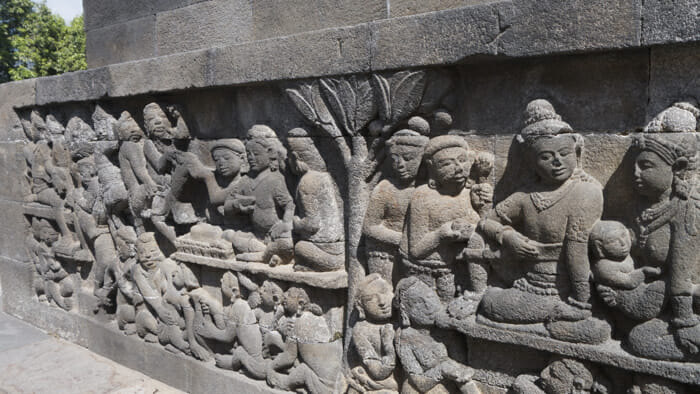 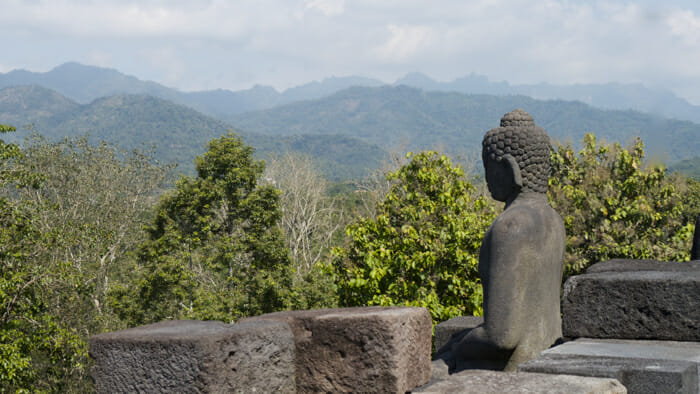 There are 504 Buddhas overlooking the countryside. 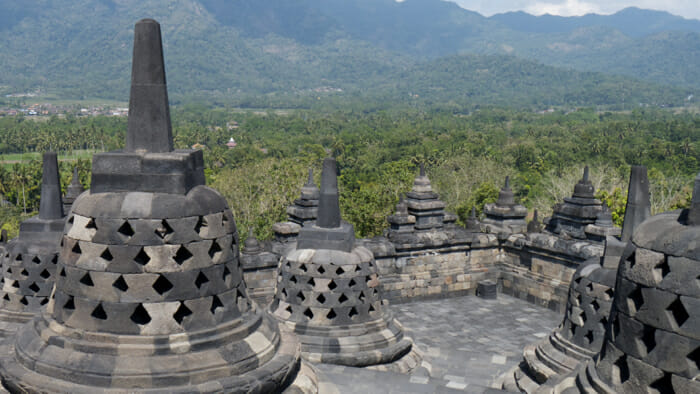 Each of these bell-like formations is called a stupa. Inside each is a Buddha. 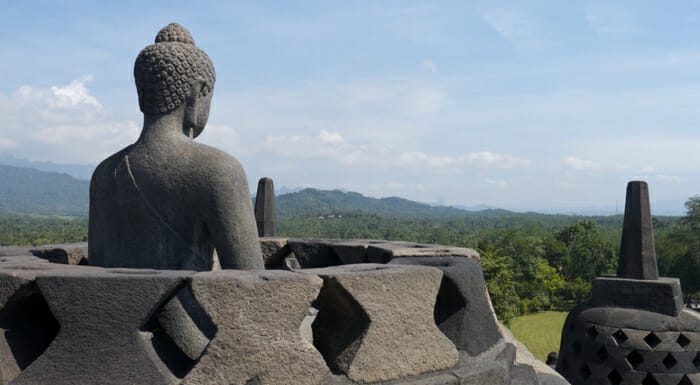 One of the stupas has been opened for people to see the Buddha. 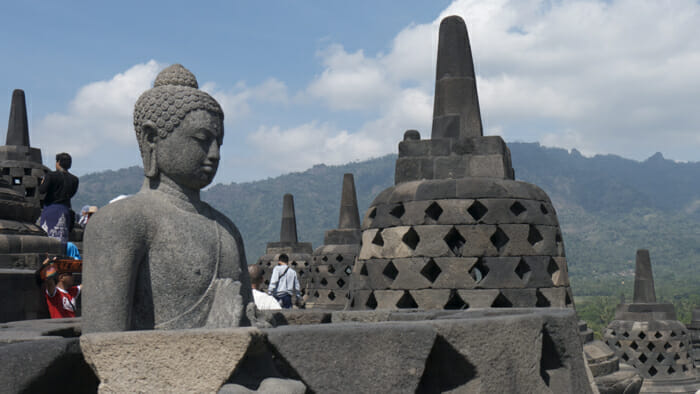 Front view of the Buddha. 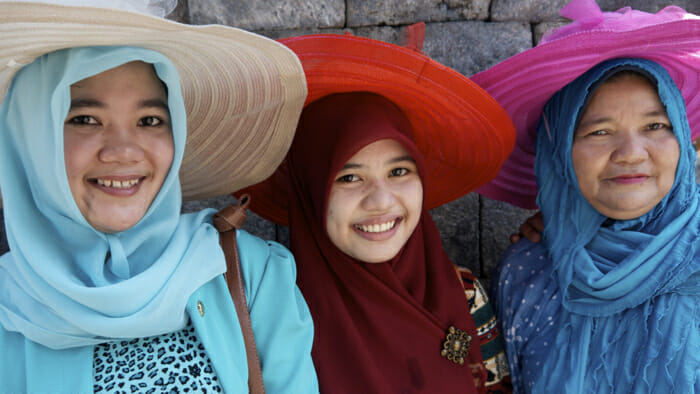 It was a holiday when I was there so there were many people around. 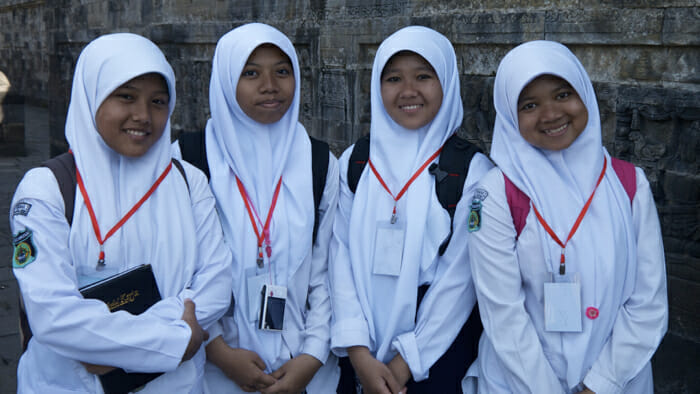 These students were from East Java. 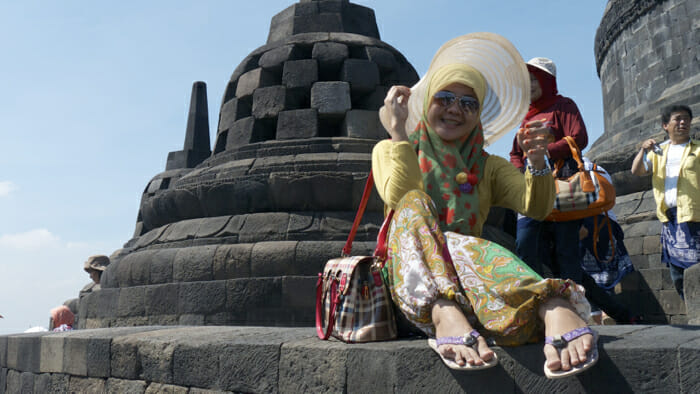 I caught this girl glamming it up on the temple.