You are here: Home / How to Travel Alone / Two Sides of Ljubljana: Historic and Alternative 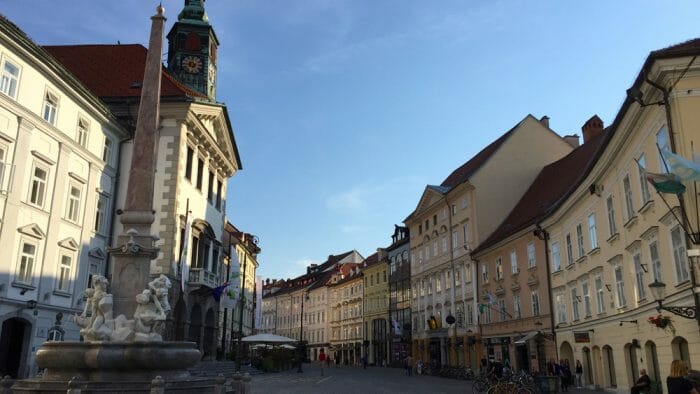 Research Ljubljana and you'll find lots of information on its historic city centre. It's romantic in the true sense of the word where you'll see both Italian and Austrian influence.

What you won't find so easily is information on what's known in the city as the Alternative District. A decidedly unromantic area but equally fascinating to visit.

Ljubljana is small city, rich with a wide range of architecture that reflects both its current state and its diverse past. It’s a city that is not yet inundated with tourists. Of course there are some tourists and the infrastructure to manage visitors effectively, but it is not crazy with tourists I found it to be the city on my Adriatic tour where I could most easily find the real city. The city of the people.

This is the more touristy area of Ljubljana.

The historic center of Ljubljana includes a castle that dates back to the 11th century though the buildings you'll see are more from the 16th century. In the city center is an extensive pedestrian zone that winds through buildings that are hundreds of years old. A walking tour of the city is a must.

If you have read Planning a Road Trip Around the Adriatic: Slovenia, Croatia & Italy, you know that I was not solo in Ljubljana. It was my honeymoon. However, how can I travel and not share what I've learned? It's impossible. I'll be publishing a few posts from this trip. Soon I'll be back to traveling solo. 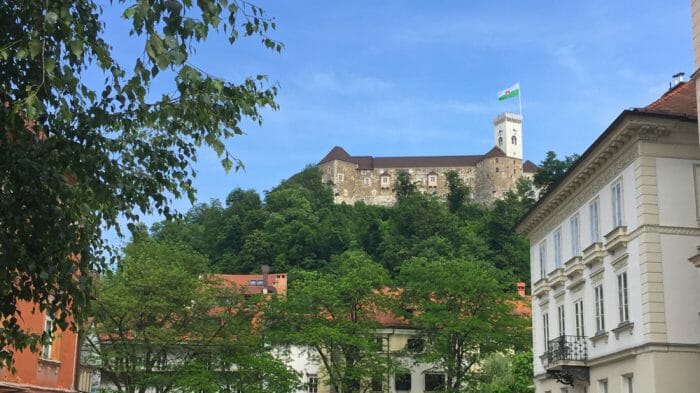 The castle overlooking Ljubljana can be accessed by foot or funicular. We went in the morning before taking a walking tour of the city in the afternoon. 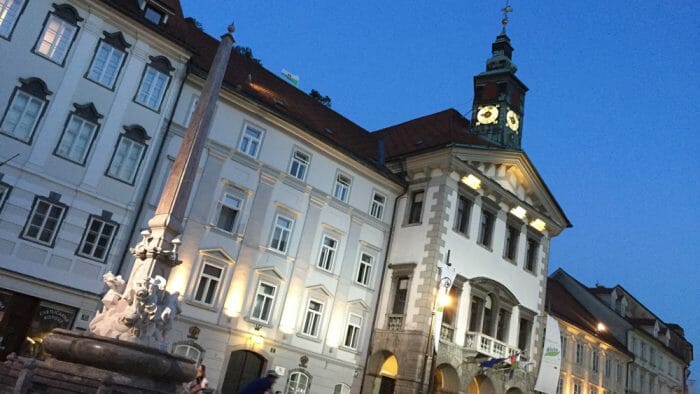 Most of the old town is a pedestrian zone. This is the town hall where you'll meet for a walking tour. Tours are run by the city and you first have to buy a ticket at the tourist office. 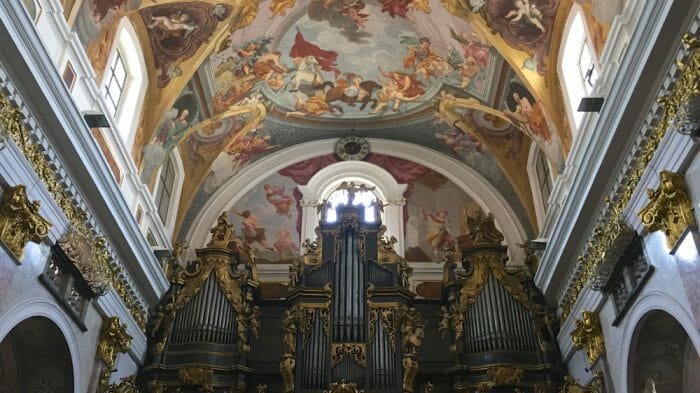 St. Nicholas's Church or Ljubljana Cathedral is rich in Baroque architectural details and is on the walking tour. 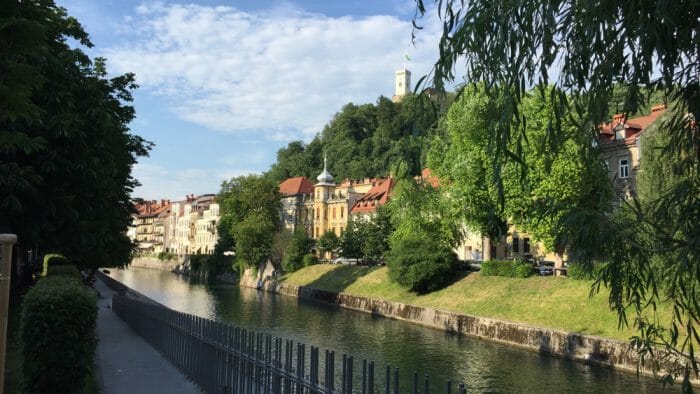 The city walking tour took us a bit out of the city center. 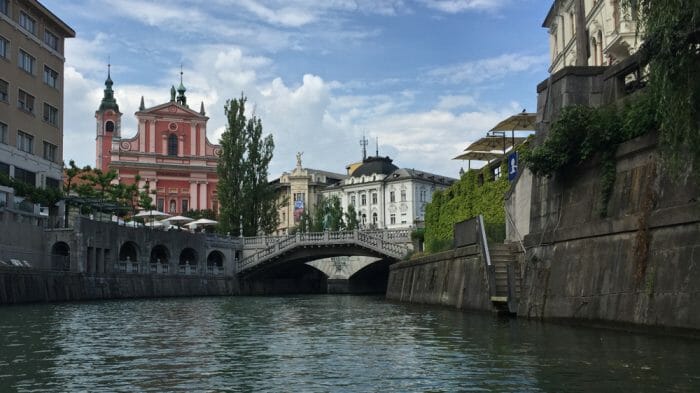 The tour also included a short boat cruise of the canal that runs through the city. In this photo we're approaching the Triple Bridge. 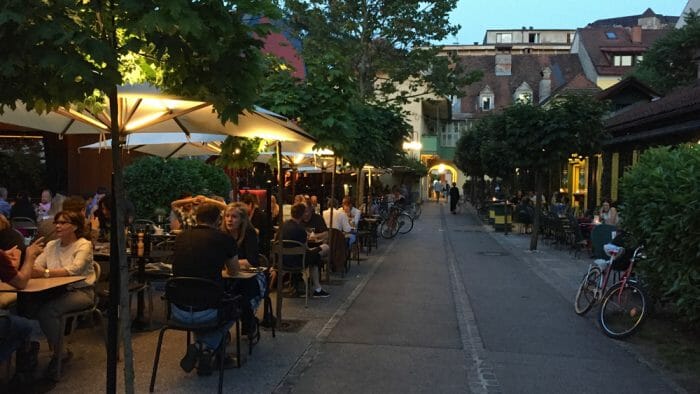 There are plenty of restaurants in the city center's pedestian zone but you can go just a bit beyond that zone to find where the locals eat. Aperativo is a good choice and was recommended to us by a local. 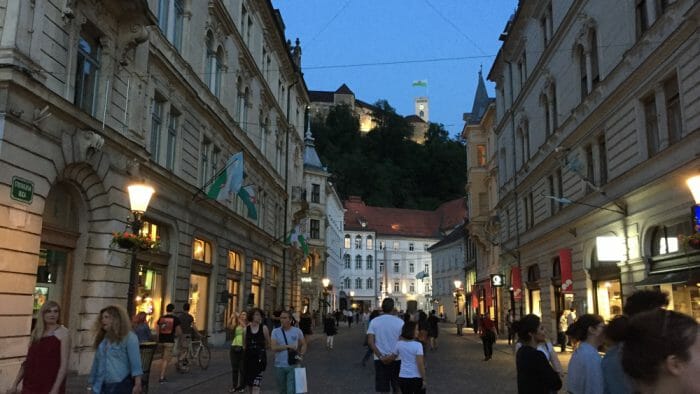 It's a safe city where people are out walking in the evenings. 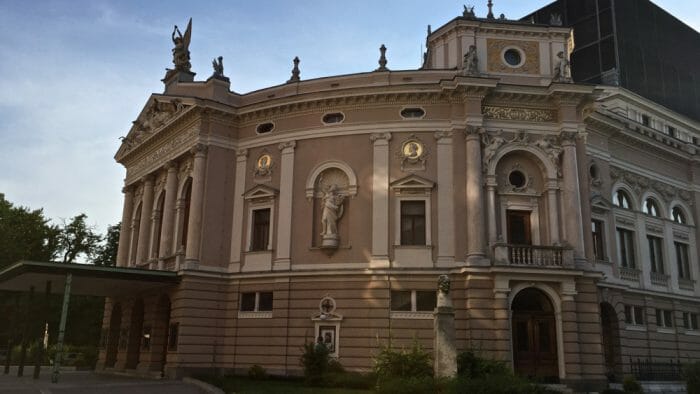 We took in an opera while we were there. The opera is well-attended by locals however we were able to buy tickets the day of the event.

I can tell you that more than a few eyebrows were raised when we told people that we were staying in the Alternative District. With graffiti everywhere and people just hanging out or playing music, it’s not where most locals go. However, we were very pleased with our choice. We stayed at Hostel Celica Art which was once a prison and was purposefully adapted to be a hostel. If you want a feel for how some of the youth of Ljubljana live, and where young travelers gravitate, this is worth a look, or a stay. 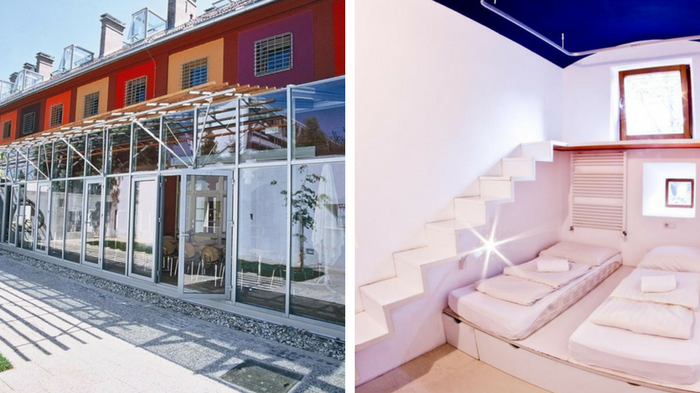 At Hostel Celica artists were asked to redesign each cell. As a result, each room in the hostel is unique. They offer dorm and private rooms (cells). 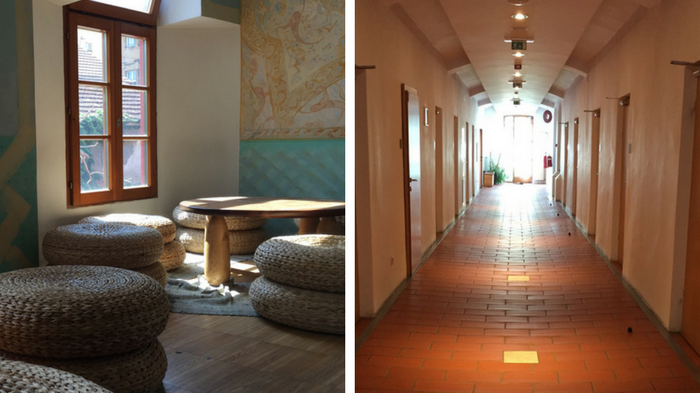 Two more views of Hostel Celica. It was quiet when we were there and impeccably clean. 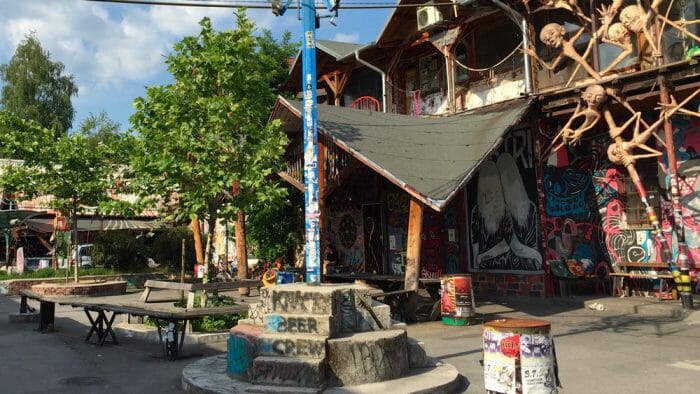 Hostel Celica is located in the Alternative District. We stood out but not in a terrible way. I'm guessing the area was originally the compound that contained the prison. 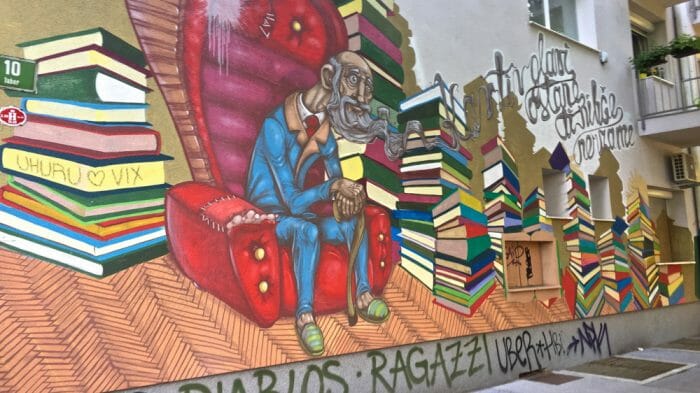 Between the old city and the Alternative District, about a 15 minute walk, we passed this interesting mural. 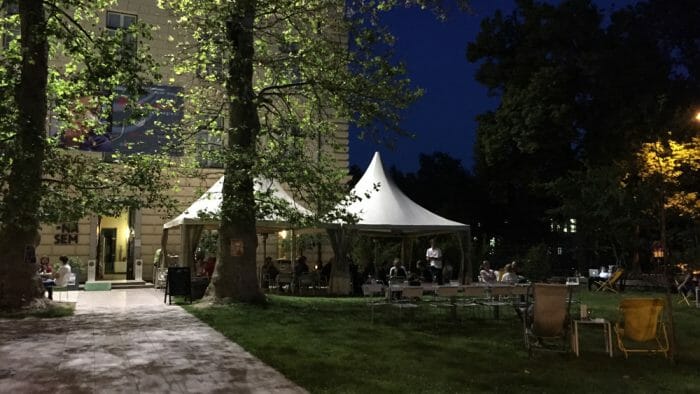 A block away from the hostel is Karvana SEM cafe. This fabulous cafe is at the Slovene Ethnographic Museum. It has a patio and tables for meals and sling chairs spotted around the grounds for coffee and talking or reading. A great vibe. Open from 7am to 1am most days but later on weekends.