We are pleased to present a new Solo Travel Destination Post from Sylvia, a member of the Solo Travel Society on Facebook. Sylvia lives in Canada, and submitted the following report about Dieppe. Do you have a solo travel destination that you would like to recommend? Submit your description here, along with a few photos, and share it with fellow travelers! 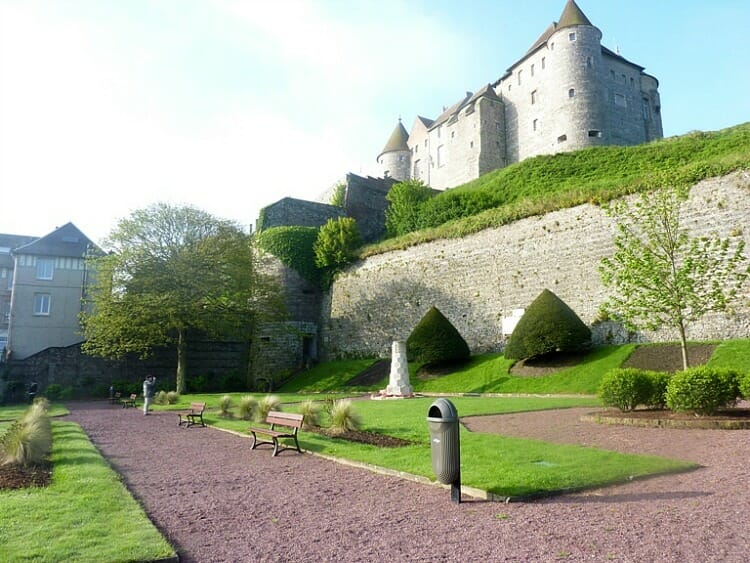 Square du Canada, honoring those who died on that fateful day 19th August 1942

Our tour bus arrived late at Mercure Dieppe La Presidence hotel. I quickly freshened up then headed across the street to the pebbled beach, which was one of the five entry points the troops stormed at Dieppe in an operation that went horribly wrong. Of the 6,000 soldiers, 916 were killed and 1,946 prisoners of war.

Restaurants closed early the night I was there. I and two others found Pizza Land at 80 Rue Ecosse about a 5-10 minute walk from the hotel. We took the pizza back to the hotel and ordered a bottled of wine. It was delicious!

After breakfast the next day, I exited the hotel and turned left. About a two minute walk later I was in Square du Canada (Canada Square), the peaceful park setting in honor of those who sacrificed their lives on that fateful August day. Dieppe Canada Monument features the names of people and events linking Canada and Normandy. There is also a beautiful statue dedicated to Operation Jubilee. Overlooking the park is Chateau de Dieppe.

Our tour group walked along the pebbled beach, then headed onto the promenade. Not far down is the Dieppe Monument where “sun will align with the maple leaf in the base on the ground commemorating the end of the Raid on Dieppe” and this happens at 1:00 p.m on August 19th each year, the hour of the end of the raid in Dieppe. It honors the fallen Canadian soldiers of that day.

Five kilometers south of Dieppe is the Dieppe War Cemetery where both Canadian and British soldiers are laid to rest. It’s an unusual cemetery because the headstones are back to back and in double rows. This is because it was created by occupying Germany and that is how the Germans have designed their gravesites. The allies retook Dieppe in 1944 and elected to keep the grave as it is.

About a 30 minute or so drive from here is Puys Beach, another entry point of the troops on that fateful day. Within minutes there 207 casualties and 289 were taken prisoner. “The red blood of the Canadians covered the pebbles,” say the residents of this area.

After the morning tour, I had lunch at La Tavern Pirate. I had an awesome white fish with fluffy white rice and a small salad (of leaf lettuce, a tomato and a few shrimps and 3 mussels) plus a glass of white wine. The day was warm enough to sit outside and watch the world go by with a great view across the street of various boats docked in the harbor.

One night in Dieppe is not enough. 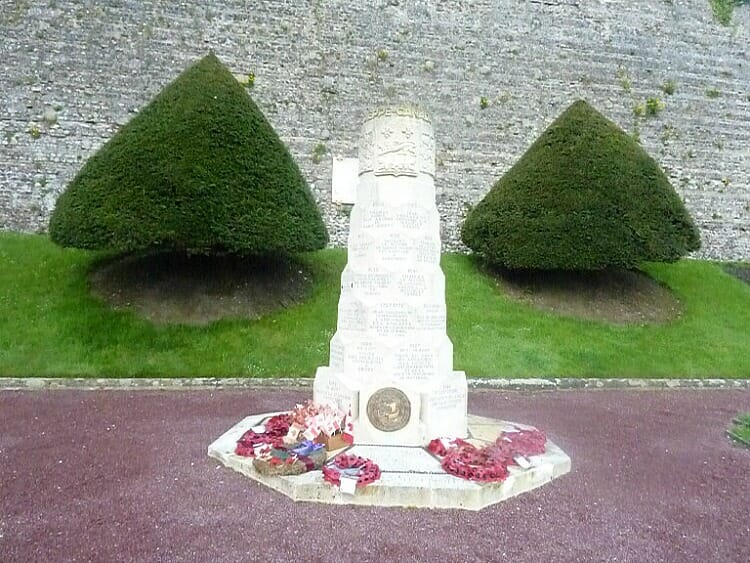 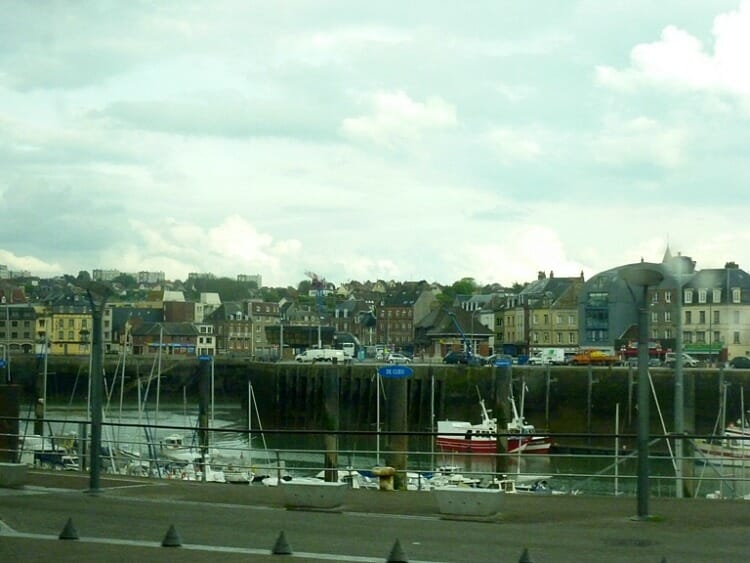