You are here: Home / Solo Travel Destinations / North America / Canada / A Guide to the Best Food & Wine in Western Canada 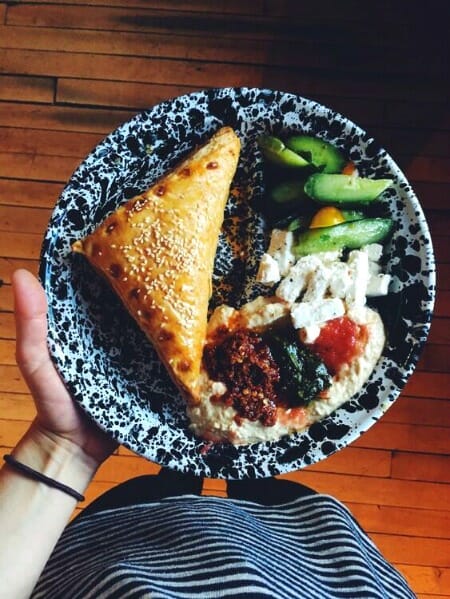 As part of our feature series on solo travel in Western Canada, I would like to introduce you to Lindsay Anderson and Dana VanVeller. Lindsay and Dana are authors and freelance food writers based in Vancouver. They are passionate about the food and wine of Western Canada, and here they share with us their recommendations for enjoying the local cuisine while traveling in British Columbia and Alberta.

It’s time you were let in on a little secret: because it sits in the shadow of California and Oregon’s larger and more well-established wine regions, not everyone thinks of Western Canada as a food and wine-lover’s dream. But British Columbia and Alberta are exactly that. Quiet and unassuming, they are places for those seeking exceptional New World wines and creations by award-winning chefs. Here’s a guide for solo travelers looking to sip and savor their way through the very best of Western Canada.

Less than five hours by car from Vancouver, British Columbia’s Okanagan Valley is the country’s second largest wine region and the biggest in Western Canada. BC’s wine industry has seen unprecedented growth over the last 26 years, having developed from just 17 wineries in 1990 to more than 250 today, all supported by over 10,260 acres of planted vines. With its Tuscan-like hills, orchards, and pristine blue lakes, the landscape is reason enough to make the trip—the incredible food and wine are just a bonus! Any local town will sit near a great selection of wineries, but Penticton is an optimal home base; sandwiched between two large lakes, it offers access to vineyards in all directions and acts as a culinary center for the region.

An easy and fun way to tour the Okanagan and (the further south) Similkameen regions are with a local wine touring company; Grape Escapes and OK Wine Shuttles are both popular options. Around Penticton, towards the aptly named town of Summerland, you can explore the northwest side of Okanagan Lake where notable stops include Haywire at Okanagan Crush Pad–responsible for making some of the best natural wines in the region–and 8th Generation. 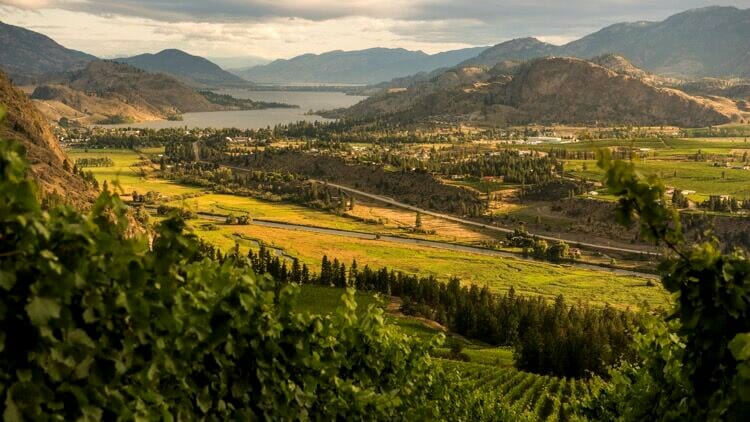 Heading Northeast along the lake, the Naramata Bench offers the most accessible collection of wineries in the region. As an alternative to touring via shuttle, you can pack sunscreen and rent a bike to get around. Dozens of wineries sit within a few miles of Penticton, and the views of the lake and surrounding vineyards are well worth the pedaling, not to mention the appetite you’ll work up! Tasting fees are minimal—usually between $3 to $5 at each winery–and waived with the purchase of a bottle. Stops along the Bench might include Kanazawa, Three Sisters, Kettle Valley, Nichol, Lock & Worth, and Bench1775. In addition to the wine, there is wood-fired pizza at both Upper Bench (where they also make and sell their own cheese) and Joie Farm, all served in fabulous outdoor dining areas. 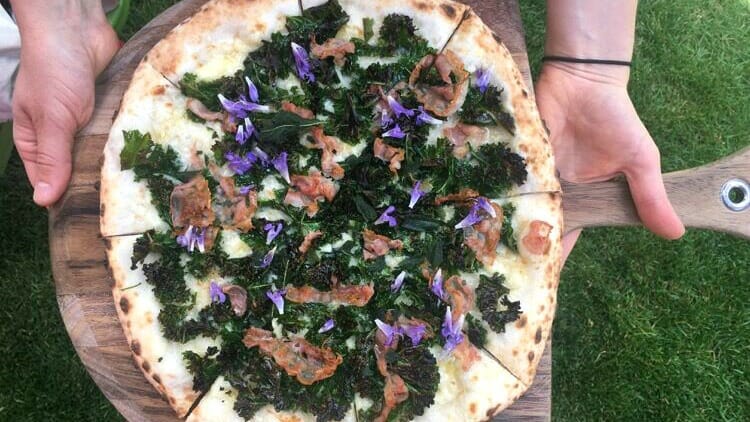 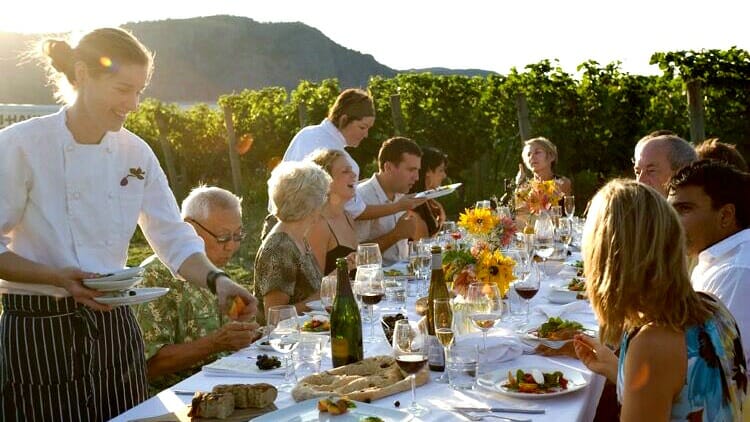 If you’re not able to get out of town, there are plenty of ways to experience Okanagan life within Penticton. On Saturdays, be sure to check out the Penticton Farmers’ Market, where you’ll find dozens of local food artisans and wineries offering tastings. The BC Wine Info Centre is a gorgeous shop full of great local bottles, and they also run frequent events including tastings, food pairings, book signings, workshops, and more. Plenty of restaurants in town serve local food and beverages, including Craft Corner Kitchen and Front Street Brasserie.

Avid foodies should also stop into one of the dozens of produce stands around the Okanagan, most of which are marked by charming, hand-painted vintage signs. They offer a diverse variety of foods including handmade samosas, fresh pies, preserves, and an abundance of local fruit and vegetables. 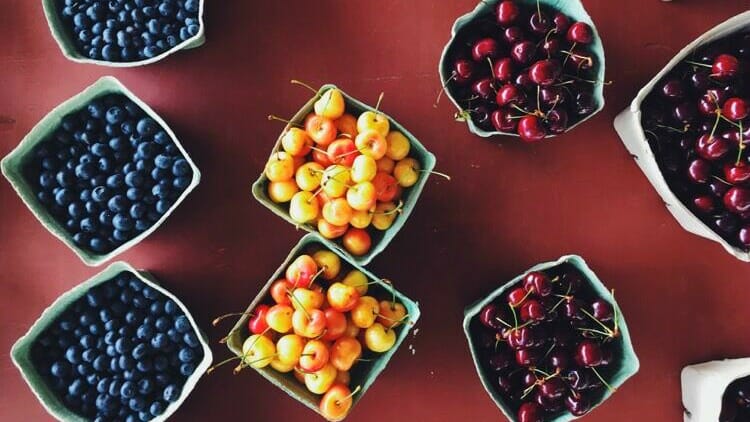 From Penticton, head south to Okanagan Falls, Oliver, and Osoyoos for more wine options, and watch as the landscape gives way to sagebrush, varieties of cacti, and toasty hot temperatures.

Nk’Mip Cellars, the first Aboriginal-owned winery in North America, and Moon Curser Vineyards are must-visits near Osoyoos, or take a tour down Black Sage Road. Due to the sandy topsoil and extra sunlight, some of the best reds in BC come from the wineries along this stretch. Check out Black Hills for their famous Nota Bene and tasty lunch offerings, as well as Road 13 and Church & State for their always-reliable bottles. For a unique food experience, visit Hester Creek for their 30-minute food and wine pairing courses ($10, offered daily from July through to September) or one of their intimate, multi-course cooking classes ($120, free shuttle options available). 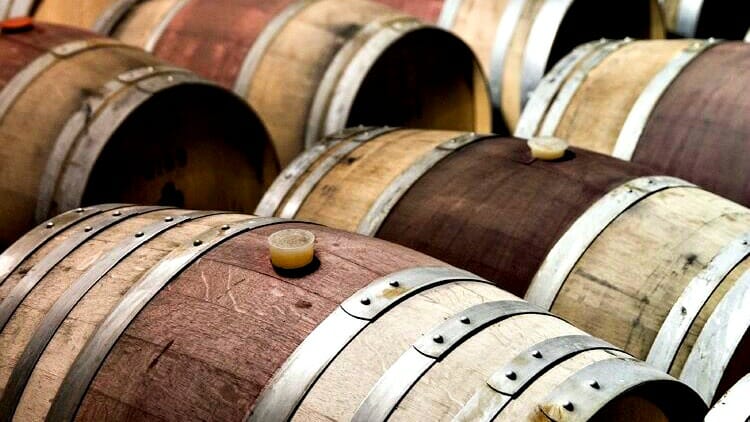 Just east of the Okanagan is the lesser-known but just as impressive Similkameen Valley. The mountains are steep, rugged, and rocky, snugly enclosing the towns of Keremeos and Cawston below them. This small region produces unique wines with great minerality, and has been dubbed one of “the world's five best wine regions you've never heard of” by enRoute Magazine. Stops here include Orofino, Canada’s only straw bale winery with a tasting room and office run entirely on solar energy; Little Farm, which is by appointment only; Seven Stones; and Clos du Soleil. The wineries in this region are also fun to tour by bike.

Heading further south, you’ll find that to experience British Columbia’s second largest wine region is to experience the west coast. With a name meaning “warmed by the sun,” it’s no wonder the Cowichan Valley has become a destination for winemakers and travelers alike. Situated on the southern end of Vancouver Island, the valley looks almost impossibly fertile with its rivers, lakes, rolling fields, and thousand shades of green. Its vineyards and a seemingly endless number of quaint farms make it a relaxing escape without the busyness (or expense) of places like Napa or Sonoma. Vines were first planted in the 1970’s, and today the varietals include Pinot Noir, Pinot Gris, Gewürztraminer, and Ortega, of which Vancouver Island is the world’s largest producer. Visitors also have the opportunity to sample berry, port-style, and sparkling wines and there’s even a farm that incorporates hints of their famous homegrown lavender into its blends. 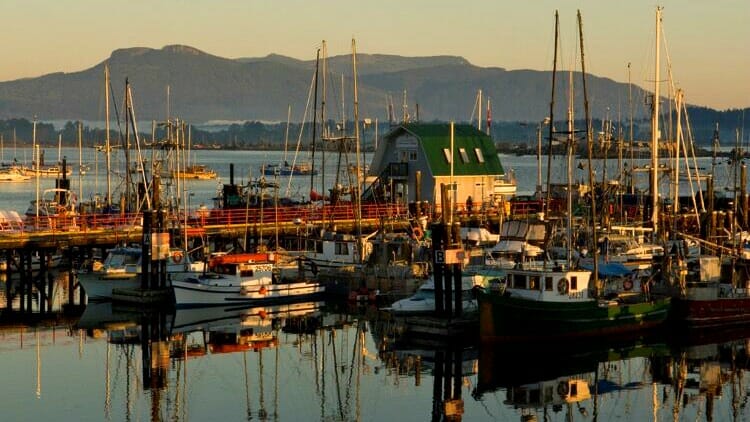 There are many great ways to explore this up-and-coming region, starting with food and wine tours. Year-round, Cheers Cowichan offers daily tours throughout the valley, with pickups for their guests at a number of hotels and easily accessible locations. Their half-day, full-day, or custom tours visit many of Cowichan’s best artisans and producers, including vintners like Blue Grouse Estates and Averill Creek Vineyards. The itinerary for their Farm to Table Tour includes the idyllic Alderlea Farm Café, where co-owner “Cook Katy” was awarded Rural Woman of the Year by the Lieutenant Governor of British Columbia. 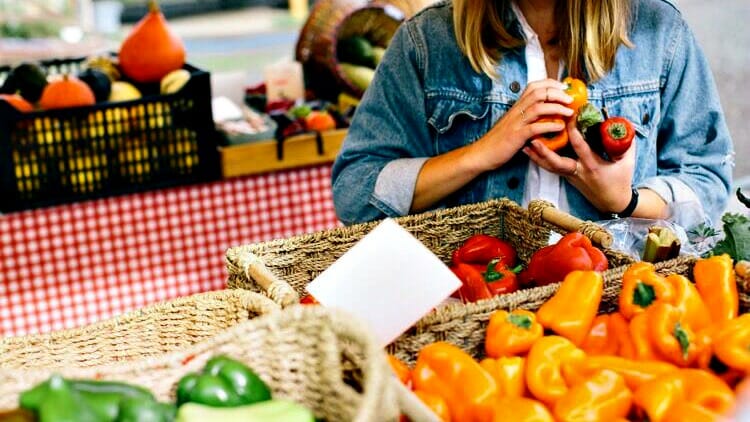 If you’d rather skip the need for a designated driver, rent a car and eat your way through the valley! Start in Cowichan Bay, the first town in North America to receive the Cittaslow designation by Slow Food International. The village, which rests on a boat-filled harbor that extends towards the mountains, has a plethora of artisan goods for sale. Buy some island-made cheese at Hilary’s, then wander next door to True Grain bakery for bread and baked treats. They mill locally grown grains onsite, and their fresh flour is available for purchase. Deerholme Farm is another beloved stop, where you can join Chef Bill Jones for one of his renowned cooking classes or dinners. 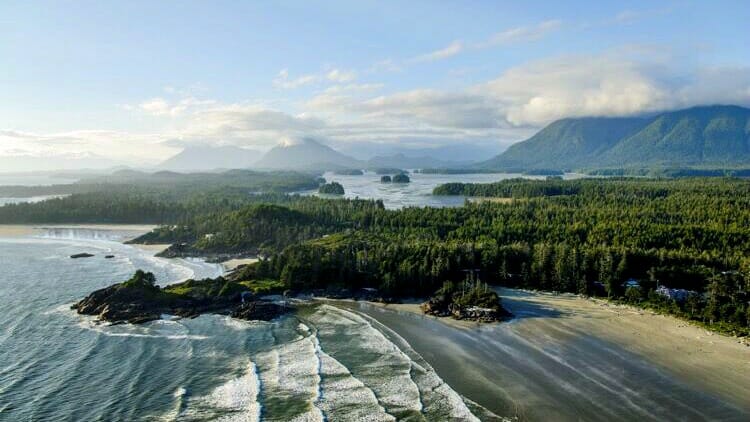 Further north on Vancouver Island, the best of wild west coast living awaits you in Tofino. A place of vast beaches, orcas, surfers, and an almost startling number of talented chefs, this rural town has unbeatable dining options for the solo traveler. Try out the award-winning Wolf in the Fog, Sobo, Kuma, Basic Goodness Pizzeria, or The Hatch.

Back on the mainland, Vancouver is home to great eats on nearly every block. Keep the wine theme going at Grapes & Soda’s intimate but casual bar; for lunch head to Bows x Arrows, Dock Lunch, Jinya, Café Medina, or Tacofino; and for dinner try out Chambar, Homer St. Café and Bar, Sushi Bar Maumi, or Sushi Itoga.

While Alberta isn’t known in Western Canada for its wine, it is worth traveling to for its outstanding farms and culinary scene. In Edmonton, locals love Prairie Noodle Shop, Sugarbowl, Blue Chair Café, Bar Bricco, The Marc, or Uccellino for a fun stand-up dining experience (some of Canada’s best Italian food can be found in Alberta’s capital). 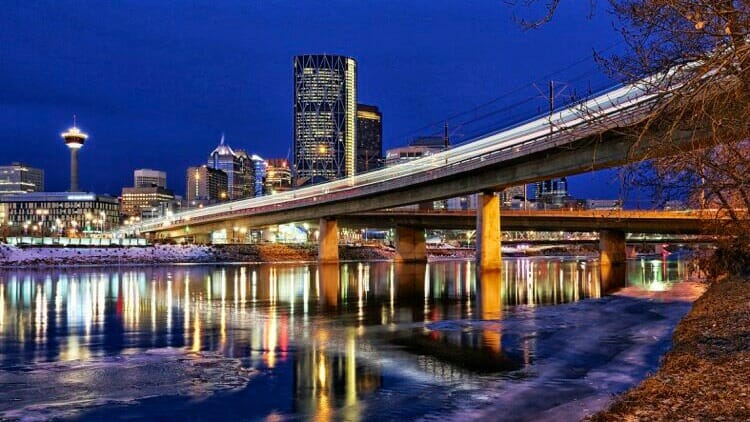 In Calgary, a place once known for its dark steakhouses filled with tie-clad businessmen, the restaurants now cater to a clientele as diverse as their food. The Coup, Model Milk, Pigeonhole, The Nash, Sidewalk Citizen, Charcut, and River Café are all classic and friendly with exceptional food. For an especially fun solo dining experience, sit at Mercato’s bar and watch the perpetual dance unfold in their massive open kitchen.

Whatever your tastes, you will find many interesting and delicious options for local food and wine in Western Canada.

Lindsay Anderson and Dana VanVeller are authors and freelance food writers based in Vancouver, British Columbia. Their award-winning culinary travel blog, www.edibleroadtrip.com, launched in 2013 and went on to win a Saveur Best Food Blog Award. In 2017 their debut cookbook, Feast: Recipes & Stories from a Canadian Road Trip, was published by Appetite by Random House and quickly became a bestseller.

Other posts in this series include: Border to Border in Alberta: A Western Canada Road Trip, Facing Fear and Finding Spirit in the Canadian Badlands, Western Canada Itinerary: Top Things to See and Do.