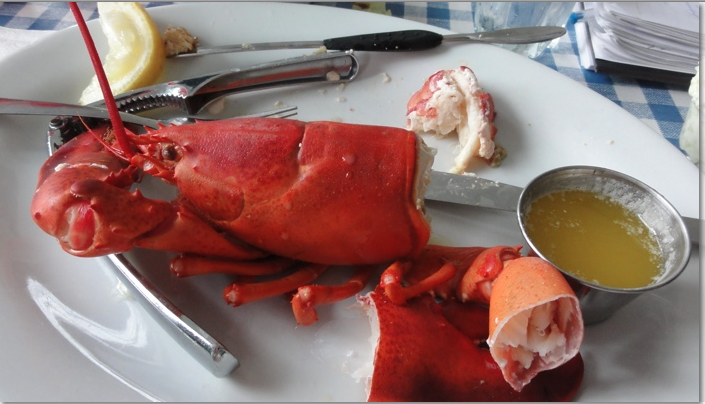 I'll be in Nova Scotia and New Brunswick this summer. I”ll be eating lobster!

Are you still wondering where you might go this summer?

How much time to do you have? Will your summer travels be confined to a long weekend getaway or are you lucky enough to have the whole summer ahead of you?

Are you dying to get out of town and into nature or is one of the world's great iconic cities calling your name?

Over the years of publishing Solo Traveler I've been many places that I think are perfect summer destinations. Of course, whether they're perfect for you will depend on where you're starting from (your home), your budget and your heart's desire. In hopes of helping I'm going to point you to some of the best destinations for summer solo travel from my past as well as my solo travel plans for this summer. If you'd rather take a tour, check out our Solo Travel Deals page and sign up for the Solo Traveler Advisory of Deals. 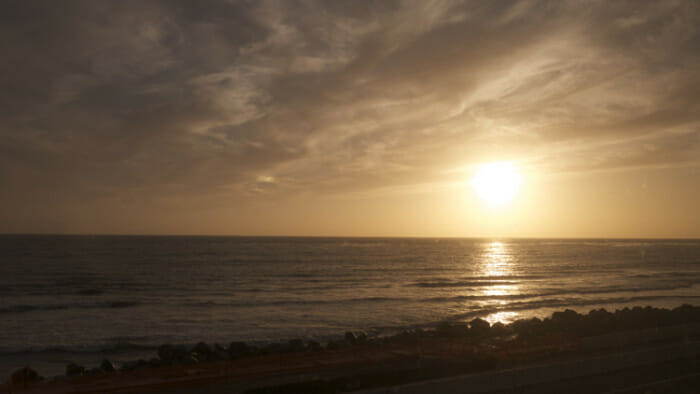 The sun sets while I'm on the Coast Starlight train from Seattle to Los Angeles.

For weekend getaways the best destinations are easy to get to and can fill you up with what you need quickly.

New York City, London, Paris… Every iconic city makes for great weekend getaways for solo travelers. There's always so much to see and do. I've been to many and we've started a series of posts with tips on doing these cities on a budget. Depending on your destination, you'll want to read:

Train from Seattle to Los Angeles. This is such a beautiful two-day trip or you can make it a bit longer if you have the time. Get on the train in Seattle in the morning, travel through mountain passes that you can't get to any other way and arrive in San Francisco the next morning. You can get off there and spend a day or two but do continue on to Los Angeles as your train will take you along the Pacific coast at sunset just before arriving in LA.  Read The Coast Starlight: a Slice of Americana.

The Causeway Coastal Route of Northern Ireland. The landscape of the Antrim coast is truly unique. The Giant's Causeway is the most famous stop along the way but there are many more worth seeing. You can go by bus but if you have a car you can really poke around the nooks and crannies of Antrim's coast and glens. Read Of Gobbins and Giants: Northern Ireland’s Causeway Coastal Route. Two or three days are enough but if you have more time all the better.

Go camping. This is a perfect long-weekend activity. I've camped throughout North America and in many parts of Europe. It's relaxing and, if you want, social. But for me, it's mostly relaxing. Read: 7 Things that Happen When You Do Nothing. And if you don't want to rough it but do want to get out of the city read Solo Off the Beaten Path: 7 reasons to small town travel. 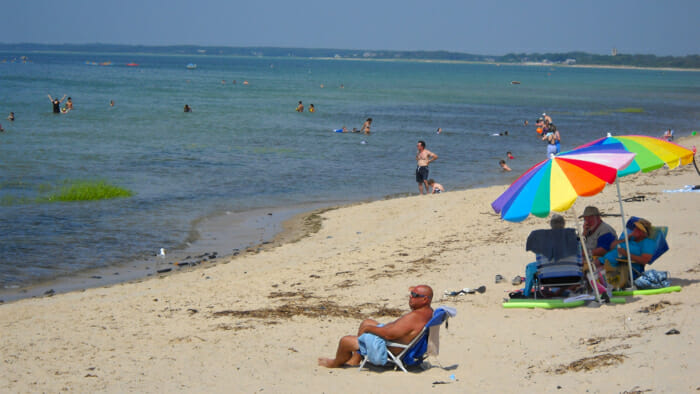 Cape Cod beach near where I was camping.

The Maritime provinces of Canada. This summer I'm spending week in Nova Scotia and another in New Brunswick. I'm so excited. Each provinces is quite unique in its culture. For me they're like visiting other countries while still feeling and being at home. In Nova Scotia I'm bound for Cape Breton Island with its deep Scottish roots. In New Brunswick I'm heading up the Acadian coast (the French part of New Brunswick) for the Festival acadien de Caraquet. I expect a lot of music and laughs and contact with locals on both road trips.

Ireland. Green, lush, friendly, pubs, castles, cairns… Ireland has so much to offer. This is one place that you hope you have a summer to explore. If not you'll have to make choices and that's not easy. The island may be small but there's so much to see. From Dublin and Belfast to Antrim in the north, Ireland's Ancient East and the Wild Atlantic Way in the west. I'm in the process of writing more about my time in Ireland so watch for the posts coming out in the next few weeks.

Road trip to Arizona, Utah and Colorado. My trip from Phoenix to Denver was breathtaking time and time again. From the red cliffs of Sedona to the drama of the Grand Canyon to the buttes of Monument Valley and the cliff-dwellings of Mesa Verde. And it goes on. The drive from Durango to Denver that includes the Golden Mile and the Rockies great divide. Really, it's a trip that must be lived. Read The Meaning of Landscape: road trip through the American Southwest and Paying Forward a Kindness on the Road.

Italy's bread basket. Yes, you could go to Rome but for my money and pleasure I prefer settling into Bologna and experiencing all that Emilia Romagna and slightly beyond has to offer. Bologna is a smaller city that is safe. In the evening you'll find hundreds of people walking around the city center – it's the thing to do. In Bologna you're just a half hour from Florence by high-speed train and only an hour from Venice. Both are amazing day trips to must-see cities. But you're also about a half hour from Modena, the source for Balsamic vinegar and Parma, where real Parmesan cheese is made. Read Solo Travel to Bologna and Emilia Romagna – 32 Tips

Ireland's Cities and Counties North and South. I may be a little Ireland-fixated at the moment as I've just been there for a couple of weeks but oh I love that country. Fly into Dublin, spend two days there (I'll have a 32-Tips post on Dublin next week) then go to Galway and explore Connemara or to Ireland's Ancient East and get your fill of ancient and medieval history. Then hop on the train for Belfast where you'll want to spend another two days. From there pick up the Causeway Coastal Route as per the getaway tip above. Read Photos of Ireland: A Wee Peek at What’s to Come.

Well there you go. Whether you live in North America or Europe, there you have 5 summer getaway ideas for solo summer travel and 5 for the full-on summer solo vacation. I hope these have given you some inspiration. 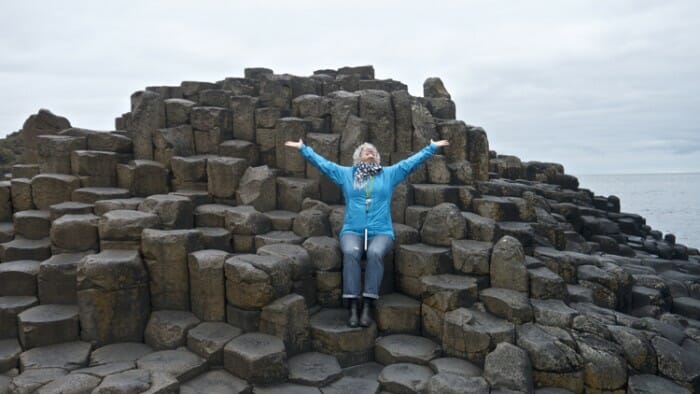